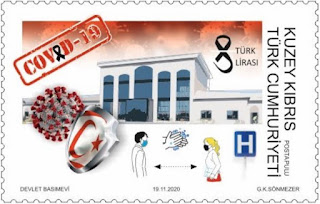 🇹🇷 The postal service of The Turkish Republic Of Northern Cyprus issued a pair of stamps on 19 November 2020 on 2 subjects - the 50th anniversary of the Social Aid Stamp and the Fight against COVID-19. The latter stamp in particular has a rather cluttered design but will be sought after by collectors of the theme of the present pandemic on stamps. The issue was designed as is usually the case by GK Sonmezer and printed by Devlet Basimevi. Rating:- ***. 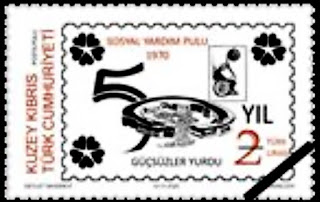 🇩🇲 As reported in Blog 1778 the postal service of Dominica has once more allowed IGPC to issue philatelic products with the country’s name printed on them. The issue of more of these products is imminent alas. The rating for them all is 0. 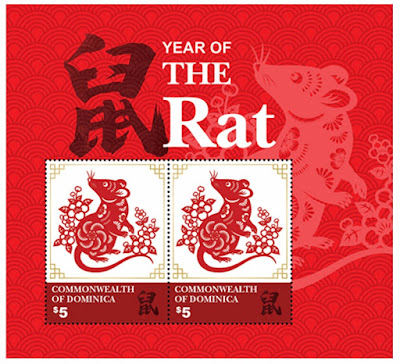 Other expected issues are:-

🇬🇧 I have added the most recently released Machin Head Royal Mail definitive year code variety stamps to my collection in the form of the 2nd Class Large rate from business sheets (self-adhesive) with code M20L MBIL and the gummed stamps from the Star Trek booklet issued on 13 November 2020 (2p, 50p and 2nd Class though the 50p value had already been issued in the End of World War II booklet issued on 8 May 2020) with code M20L MPIL. It appears therefore that all definitive values with M20L code numbers have now appeared apart from the 50p and the high values - £1, £2, £3 and £5 (all self-adhesive) and the 10p, 20p and 1st Class gummed stamps from Prestige booklets and pleasingly there are no more prestige booklets to be released in 2020. 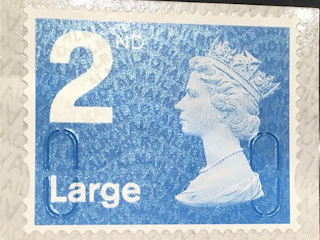 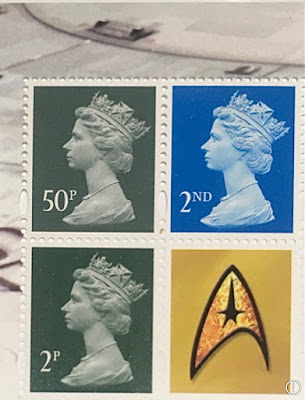 🇯🇪 The postal services of the British off-shore islands miss no opportunity to release philatelic items so it comes as no surprise that Jersey Post will follow Guernsey Post‘s example in releasing Post and Go stamps with additional inscriptions to commemorate Christmas. So during the period 1 to 24 December 2020 the 6 Coastal Flowers stamps will be dispensed from kiosk JE03 at the Postal Headquarters in St Helier with the added inscription “Wishing you a/safe Christmas”. Ho hum. 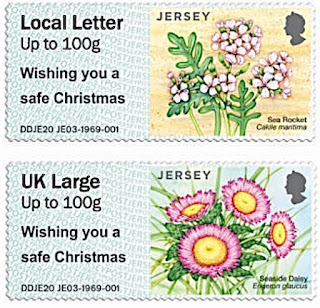 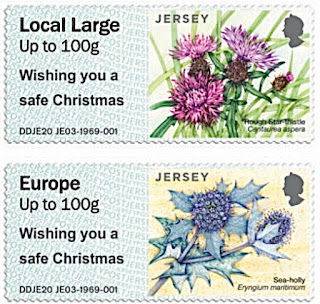 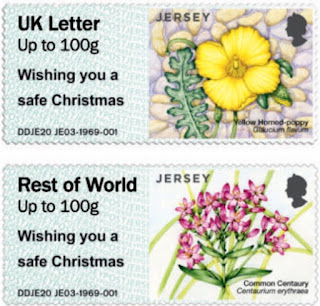 With the tape in sight as 2020 rounds the last bend into the final straight of this very odd year, a penultimate look at which Commonwealth postal services, or their agents, have not issued any postage stamps during the course of 2020 so far:-

This makes a total of 19 Commonwealth philatelic entities which have yet to issue any new stamps this year. As pointed out in Blog 1781, the postal service of Rwanda has now not issued any new stamps for 10 years which is a remarkable record but one that has been long passed by the de facto independent state which is desperate for international recognition and would like to join The Commonwealth - Somaliland - which has not had a working postal service since it declared itself independent of Somalia on 18 May 1991 meaning that it will have gone entirely without any stamp issue for 30 years in just 6 months time. 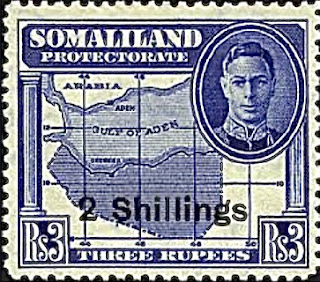