🇫🇯 Fiji Post issued a single stamp on 9 October 2020 to commemorate the 50th anniversary of the achievement of Fiji’s Independence. I have no other details of the issue but it is pleasing that it is commemorated by a single stamp. Rating:- ****. 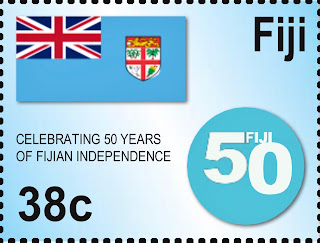 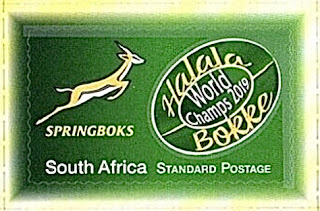 🇲🇼 In Blog 1734 I mentioned 2 new surcharges from the postal service of Malawi which had been issued during August 2020. These were a K600 value on the K110 value from the former Butterflies ‘protect nature’ series along with a K900 surcharge on the K115 value from the same series. The 2 stamps are depicted below:- 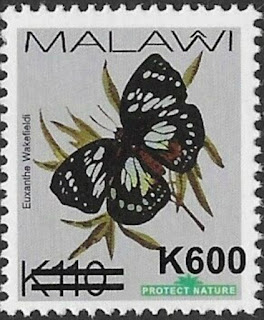 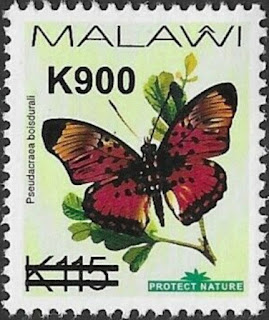 The surcharges were reprinted in October 2020 with larger lettering hence creating 2 new stamps as depicted below:- 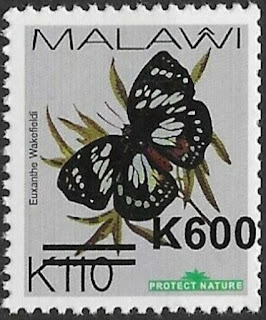 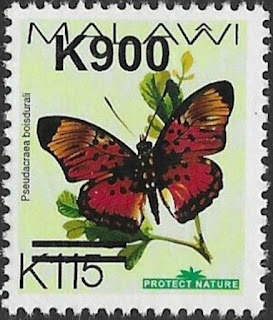