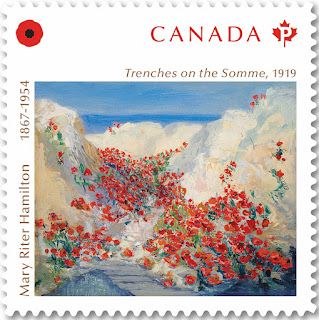 🇨🇦 Canada Post will issue a single self-adhesive stamp on 28 October 2020 to commemorate Mary Ritter Hamilton who was the first female Battlefield artist who worked at the front during the First World War. The stamp depicts her painting Trenches on the Somme which was completed in 1919 and the stamp was designed by Réjean Myette. Rating:- *****. 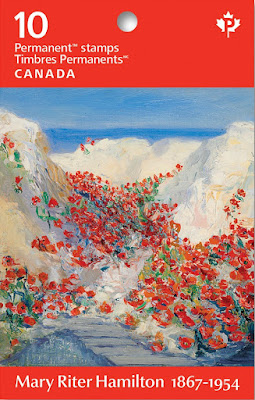 🇲🇾 Pos Malaysia will issue a set of 3 stamps on 5 November 2020 to commemorate World Post Day by illustrating the theme More than mail with stamps on the subject Innovations of Pos Malaysia. An interesting and modest set. Rating:- ****. 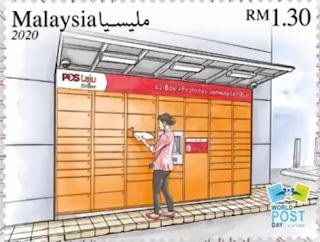 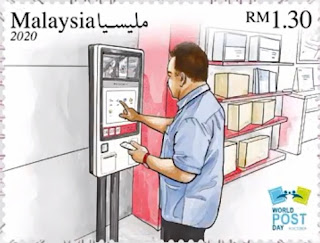 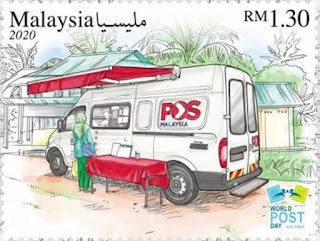 🇮🇪 An Post, the postal service of the Republic Of Ireland, issued a booklet containing 4 stamps and 2 miniature sheets on 15 October 2020 featuring the Irish veteran popular music U2 calling the issue ‘U2 A Celebration’. Clearly An Post is following the tired old track that Royal Mail has been following in depicting aged pop musicians on its stamps in an effort to appeal to the nostalgia market. Pleasingly however An Post has not decided to issue countless expensive additional philatelic items to drain collectors and ‘fans’ of their money. The issue was designed by Shaugn McGrath Creative and lithographed by Enschedé with additional hot foil silver and gold printing on the miniature sheet along with UV lacquer. The issue is perforated 13.5. 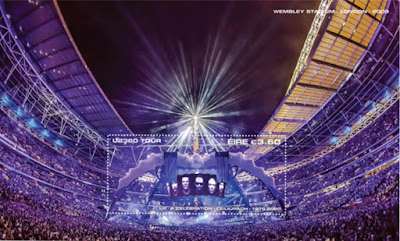 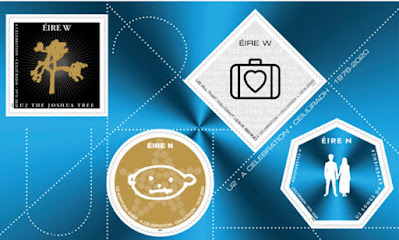