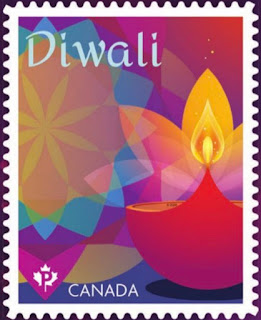 🇨🇦 Canada Post will issue a single self-adhesive stamp on 15 October 2020 to commemorate the festival of Diwali, the Festival of Lights celebrated by Hindus, Sikhs, Buddhists, Jains and other communities, which will take place on 14 November lasting for 5 days. An attractive colourful issue, it will be sold in booklets of 10. Rating:- ***. 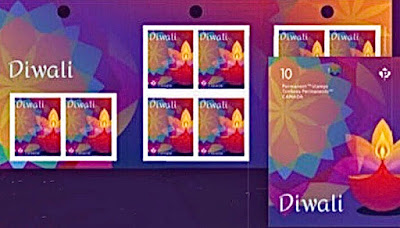 🇮🇳 India Post issued 4 stamps and 1 miniature sheet containing the 4 stamps on 2 October 2020 to commemorate the 150th anniversary of the Birth of Mahatma Gandhi. Rating:- ***. 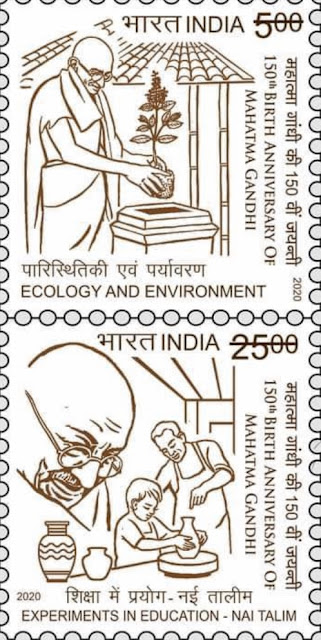 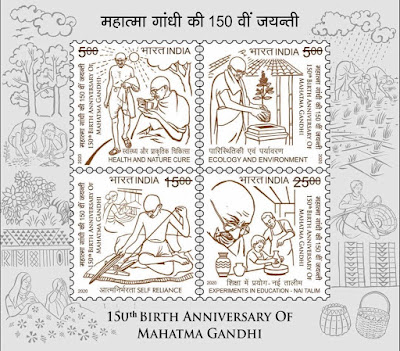 🇧🇩 The postal service of Bangladesh also issued a pair of stamps and 1 miniature sheet on 29 September 2020 to commemorate the Gandhi anniversary. The designs of the stamps are circular in format. Rating:- ***. 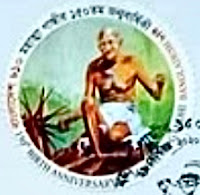 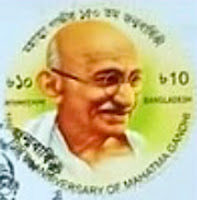 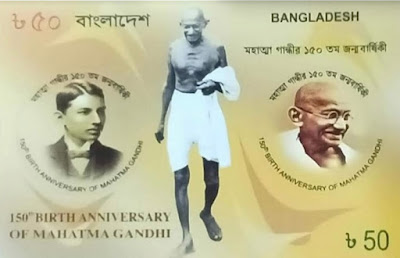 🇷🇼 The next meeting of the Commonwealth Heads of Government (CHOGM) has been rearranged following its postponement because of the COVID-19 pandemic to take place in Kigali in Rwanda during the week of 21 June 2021. Perhaps, but probably not, there will be a postage stamp issued by the Rwandan postal service to commemorate the event. It is almost 10 years since the Rwandan postal service issued its last postage stamps - 4 depicting gorillas which were released on 15 November 2010. See Blog 1617.
🇬🇧 Another rearranged event is the opening of the James Bond movie No Time To Die which has been put back to April 2021. I assume that this will affect the date of issue of the Royal Mail Collectors sheet on the subject of that particular film which was planned for issue in November 2020.
🇲🇹 MaltaPost issued a single greetings stamp with a personalised label attached to it to commemorate its participation in the Virtual Stampex 2020 philatelic exhibition. I like the way MaltaPost commemorates its involvement in exhibitions - the single stamp provides a nice souvenir for less than a pound and something a little more interesting than yet another expensive strip of Post and Go stamps jazzed up by an added inscription.

MaltaPost also issued an interesting item last year which I have overlooked up until now. This was another stamp plus personalised label which commemorated the birth centenary of Chevalier EV Cremona, one of the greatest stamp designers in the modern history of Commonwealth stamps. This item, released on 27 May 2019, does not seem to have been available in an unused state but instead can be obtained used on cover with a commemorative postmark. It seems a pity to me that a special set of stamps was not released at the time by MaltaPost recalling the wonderful designs of Emvin Cremona. Perhaps a set commemorating this designer who transformed the appearance and appeal of Maltese stamps could be considered. 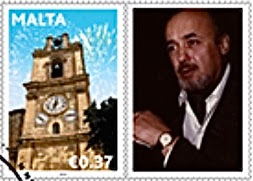 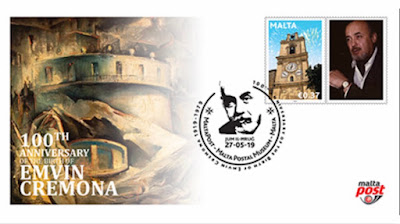 Some of Cremona’s designs, not just stamps but truly miniature works of art:- 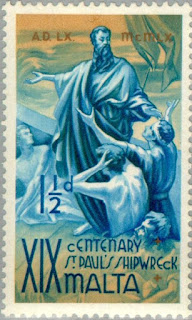 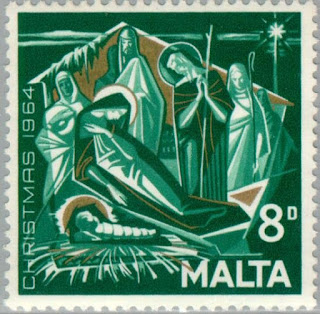 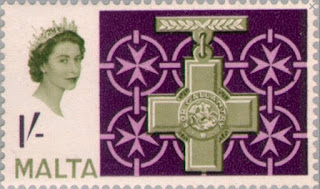 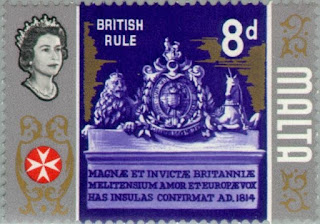 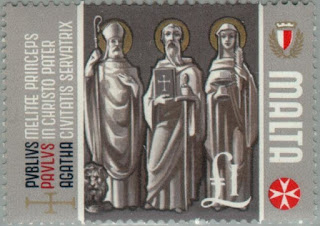 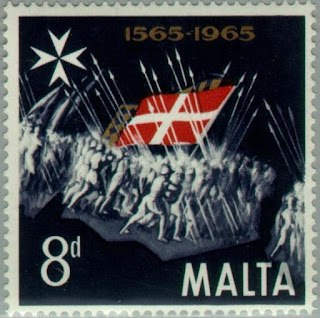 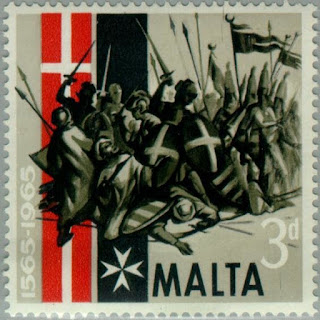 🇰🇼 The Emir of Kuwait, a former British Protected State which gained its independence on 1 July 1961, died at the age of 92 on 29 September 2020. Sheikh Jaber al-Ahmed al-Sabah had ruled the Emirate since 29 January 2006 and had been featured on a number of stamps during the course of his reign some of which are depicted below:- 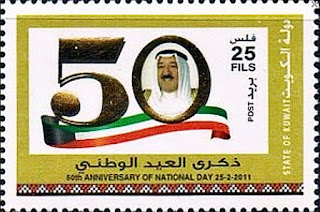 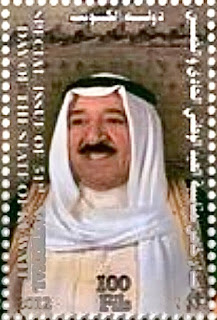 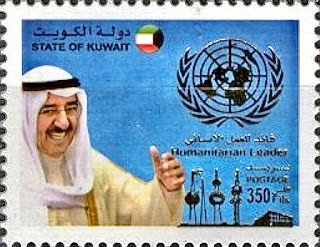 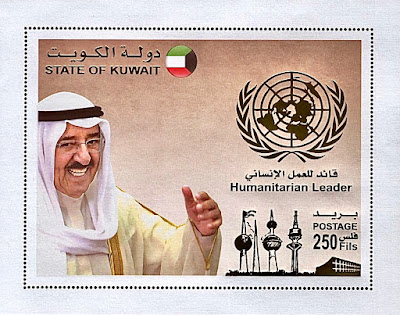 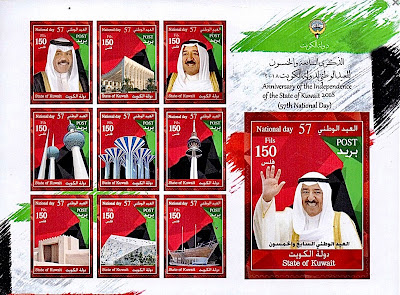 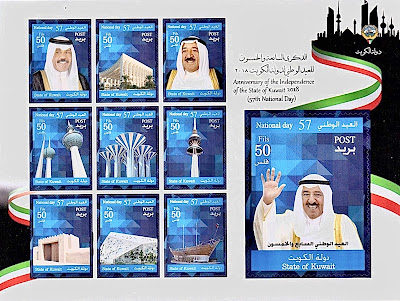 The new Emir of Kuwait is Nawaf al-Ahmed al-Jaber al-Sabah. 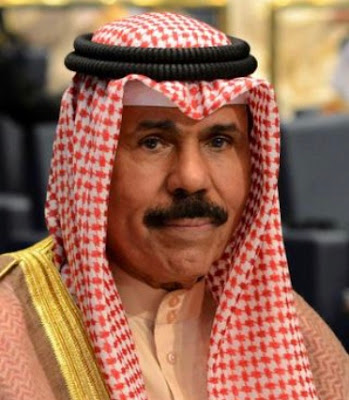