🇬🇸 The administration of South Georgia And The South Sandwich Islands will issue a new definitive series on 15 October 2020. The designs by Andrew Robinson are a move away from being a series of photographs with lettering on them and bring to mind the original set of South Georgia definitives issued in 1963 and are all the more welcome for doing so. The designs feature wildlife and interesting features of the islands. The stamps were lithographed by Cartor and perforated 13.5. A booklet of 10 Airmail postcard stamps accompanies the issue, the stamp contained in it features elephant seals. An excellent issue different from a lot we have seen in recent years. Rating:- *****. 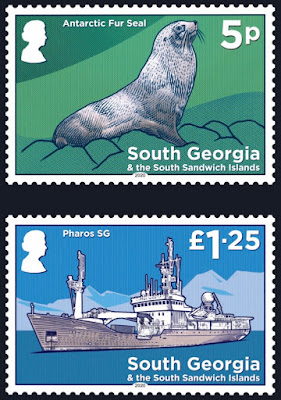 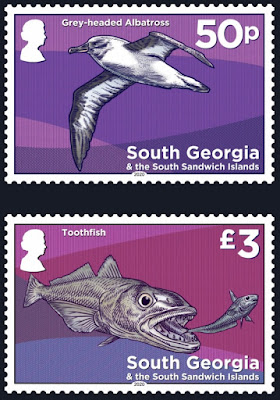 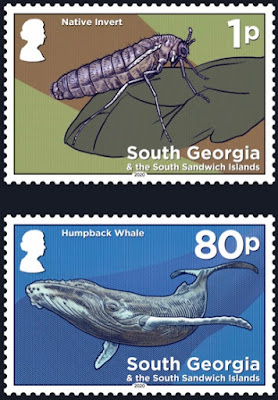 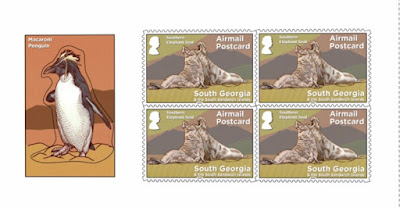 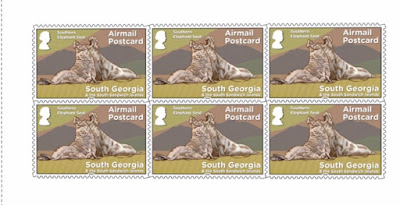 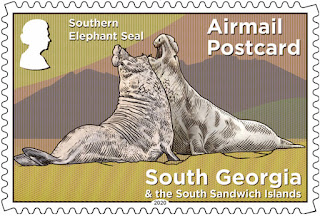 🇱🇹 What I have always found to be distasteful about the ‘philatelic agency’ Stamperija apart from its flooding of the new issue market with so-called ‘stamps’, literally in their thousands every year, is how little respect it shows for the countries whose names appear on their products. Those cynical people who run Stamperija and probably some government and postal officials who allow Stamperija to call itself their philatelic agent might well say that all the respect they need to show is “money”, money paid by Stamperija to allow it to release products in the name of the countries where the money, however much that is, ends up.

Some new products have appeared on the market emanating from Stamperija which have the names of Sierra Leone printed on them which cynically aim to make money for Stamperija by morbidly commemorating the COVID-19 pandemic and supposedly honouring those in the frontline in the fight against the virus. The theme is clearly a popular one among some collectors this year and there’s bound to be money in it for those who run Stamperija.

These products inscribed ‘Sierra Leone’ say everything we need to know about Stamperija. Question - where is Sierra Leone? Answer:- Africa. Among these new products which Stamperija has recently excreted is a sheet of 16 stamps showing various scenes related to the subject of the anti-pandemic fight and not one of them features an African person. One shows white holiday makers returning from a trip abroad pushing their baggage through an airport, a scene about as irrelevant to the way COVID-19 has affected Sierra Leone as anything one can think of. A second sheetlet of 6 depicts 12 human beings all of whom are white. Stamperija is as much a lethal virus to new issue collecting as the Coronavirus is to the human race. Perhaps someone will come up with an anti-Stamperija vaccine. Until one is developed those running Stamperija will continue to be laughing all the way to the bank. 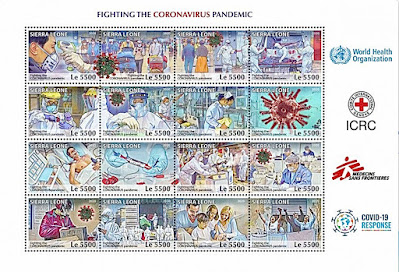 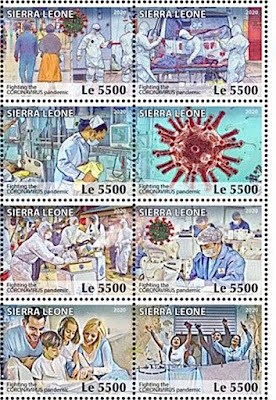 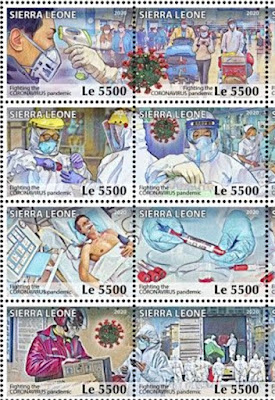 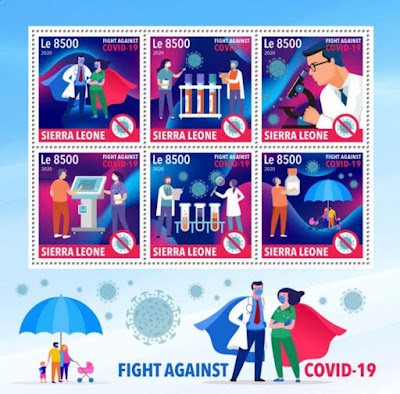