🇯🇪 Jersey Post has revealed the designs of 2 upcoming sets of stamps due to be issued on 12
February 2020. Firstly there is a lovely set of 6 Post and Go stamps which depict Coastal flowers of Jersey. The issue was designed by Lizzie Harper and printed digitally. Rating:- ****. 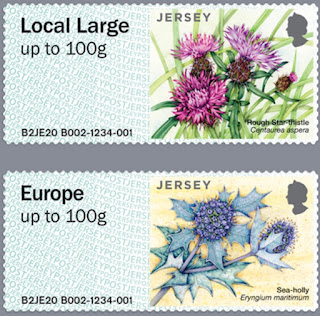 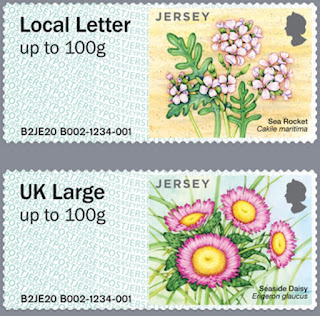 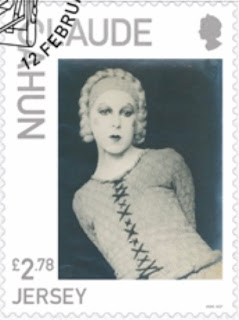 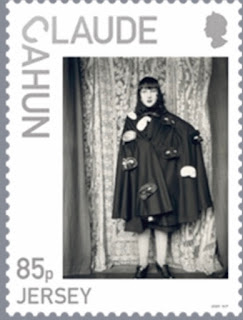 🇲🇼 I have not previously illustrated all 6 single value miniature sheets on the subject of ‘Domesticated birds of Malawi’ which were released by Malawi Post on 8 October 2019 (Blog 1520) and I now correct this omission:- 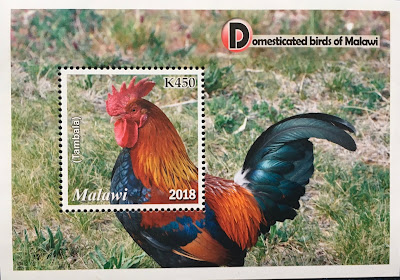 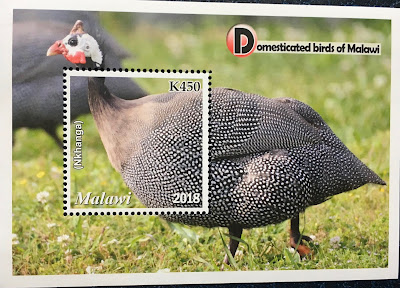 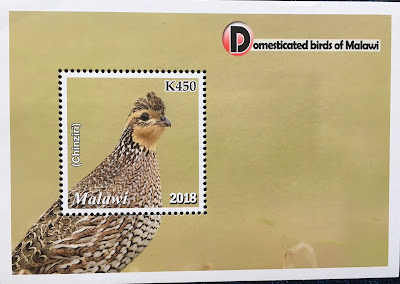 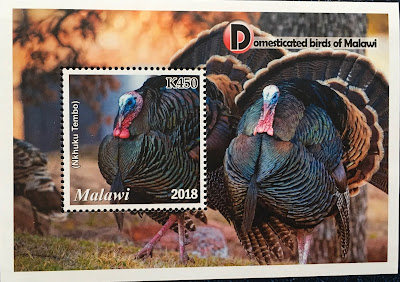 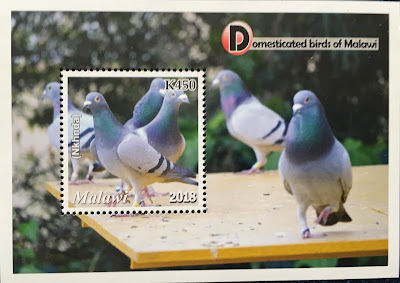 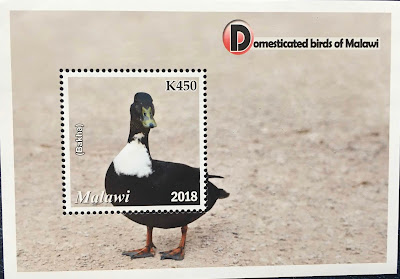 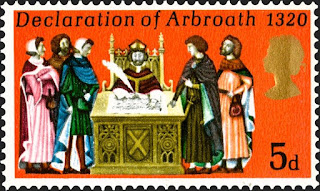 🏴󠁧󠁢󠁳󠁣󠁴󠁿🇬🇧 The outline of the 2020 new issue programme for Royal Mail in Blog 1577 did not include the news that a miniature sheet will be issued to commemorate the 700th anniversary of the Declaration of Arbroath. Although Royal Mail in recent years has shown little interest in commemorating significant British medieval anniversaries it perhaps it is not surprising that in an effort to avoid criticism from Scotland, particularly the ruling Scottish Nationalist Party, it is prepared to release an item commemorating a landmark in the assertion of Scottish identity dating back to that period.
The Declaration of Arbroath drawn up on 6 April 1320 was agreed to by Scottish nobles in the face of the English attempt to dominate Scotland which began with King Edward I’s invasion in 1296. Despite Edward’s subsequent death and the defeat of his son, Edward II, by the Scottish king, Robert The Bruce, at the Battle of Bannockburn in 1314, the English still claimed overlordship of Scotland. The Declaration was a form of a letter to Pope John XXII (so it’s really an early and historically important item of postal history) declaring Robert to be King of Scotland and the country to be independent. The Pope recognised The Bruce as Scottish king in 1324 and after the murder of
Edward II his son, Edward III renounced his claim to overlordship of Scotland in 1328. 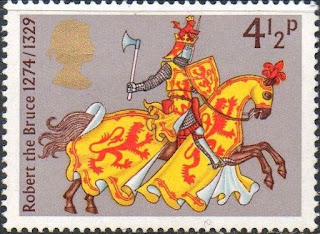 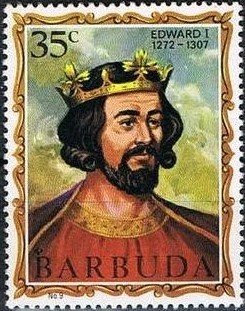 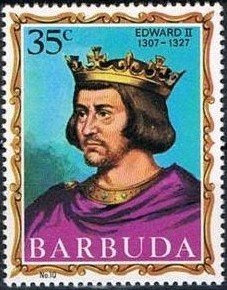 England and Scotland were subsequently uneasy neighbours until the Scottish king, James VI, was ironically offered the throne of England in 1603 when Elizabeth I died with no direct heir and, preferring  the comforts of London to the starkness of Edinburgh, moved lock, stock and barrel to England and claimed to be King of Great Britain with the 2 kingdoms eventually being united by the Act of Union of 1707 (the 300th anniversary of which was surprisingly not deemed worthy of a stamp issue by Royal Mail).
The decision to issue a philatelic item to commemorate the 700th anniversary of The Declaration Of Arbroath is controversial but not surprising since Royal Mail, in choosing subjects to be featured on its stamps, will usually choose the road of least resistance. The item will be welcomed by Scottish
Nationalists who,having lost a referendum calling for Scottish independence in recent years, are now pressing for a second referendum in the hope of reversing the decision.
The miniature sheet is said to include no new stamps and will presumably be made up of Scottish ‘regional’ definitives.  I wonder if the sheet will feature quotes from the Declaration including “As long as but a hundred of us remain alive, never will we under any conditions be brought under English rule”.
A single stamp was issued by the British Post Office in 1970 as part of a General Anniversaries set to commemorate the 650th anniversary of the Declaration (depicted above) and it shows the then Chancellor of Scotland and Bishop of Arbroath, Bernard Of Kilwinning, signing the Declaration with various Scottish nobles looking on preparing to attach their seals to the document. 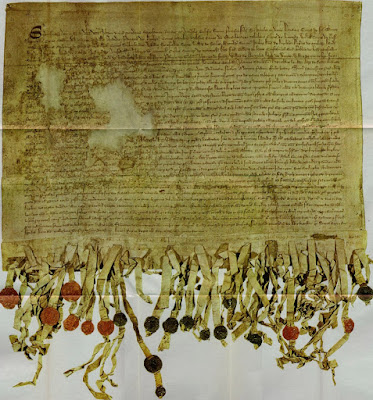