🇬🇧 The set of 6 stamps which Royal Mail intends to issue on 13 August 2019 on the subject of British Forests can now be seen on the internet. The issue commemorates the Centenary of the Forestry Commission and is an attractive and colourful issue with various regions of The United Kingdom being pleasingly represented on the stamps. The featured forests are:- The National Arboretum at Westonbirt in the Cotswolds, Sherwood Forest in the East Midlands, Kielder Forest in the north of England, Glen Affric in Scotland, Coed y Brenin in Wales and Glenariff Forest in Northern Ireland. A very pleasing set which commemorates a worthwhile and significant anniversary. Rating:- *****. 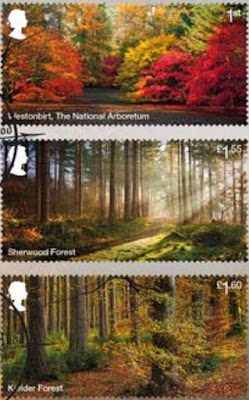 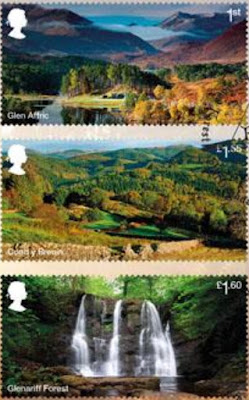 🇬🇬 Guernsey Post will issue Post and Go stamps in connection with the Autumn Stampex 2019 philatelic exhibition to be held from 11 to 14 September 2019 in London. The issue takes the form of the ‘Guernsey flag’ Post and Go stamp with an additional inscription to commemorate the 50th anniversary of Guernsey’s independent postal service. The inscription reads ‘Guernsey Post/Celebrates 50 Yrs’ and will be dispensed by kiosk GG01. The same kiosk will also dispense the 6 ‘50th anniversary of the Guernsey Old Car Club’ Post and Go stamps with an added inscription reading ‘Autumn Stampex 2019’. After the end of Stampex, the Guernsey Philatelic Bureau will also sell the above stamps with code GG04. Rating:- 0.

🇲🇾 Pos Malaysia will issue an excellent miniature sheet on 18 July 2018 to commemorate the 150th anniversary of the issue of the first Sarawak which depicted Rajah Brooke. The sheet was designed by World Communications Network Resources. The stamp contained in the sheet depicts the first stamp of Sarawak with stamps issued throughout Sarawak’s period of postal history featured in the margins of the sheet. Rating:- *****. 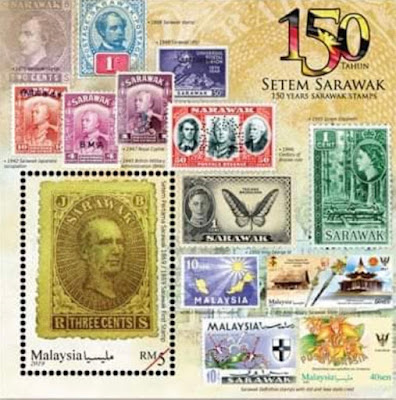 🇦🇺 Australia Post has announced that it will issue a pack of 20 x $1 Moon landing stamps with attached labels (sold for $23) during July 2019 to commemorate the 50th anniversary of the first manned lunar landing. The issue is another celebration of US culture which Australia Post apparently finds to be profitable. The labels depict characters from the Peanuts cartoon and the pack is titled ‘Snoopy Journey To Deep Space’. Rating:- 0. 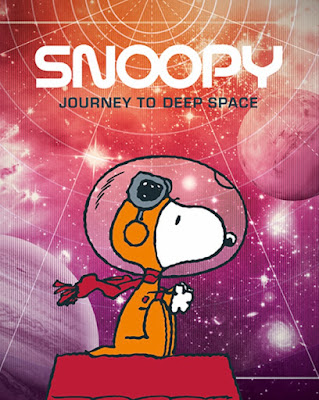 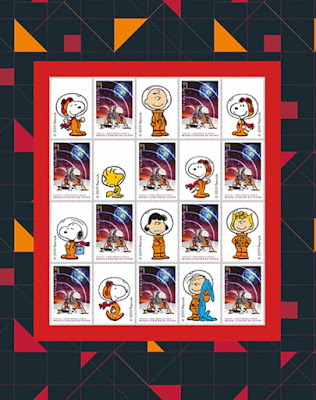 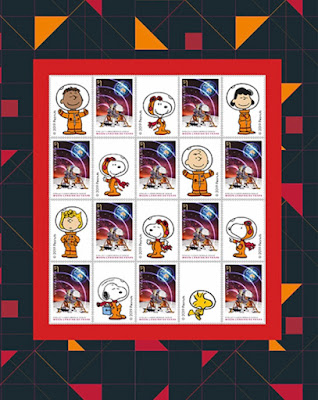