🇨🇮 An Post, the postal service of the Republic Of Ireland has released details of its upcoming new issues for the next three months.

4 July 2019 - Space exploration, 50th anniversary of the first manned lunar landing - US space explorers with Irish ancestry including Neil Armstrong, the first man to walk on the moon. Designed by Detail and lithographed by Cartor and perforated 13.5. Rating:- ***. 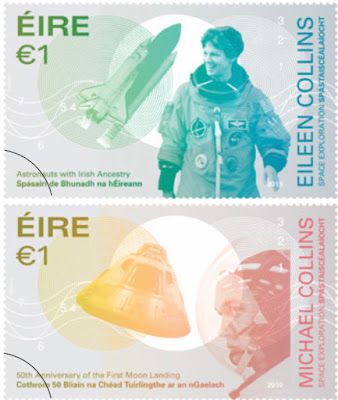 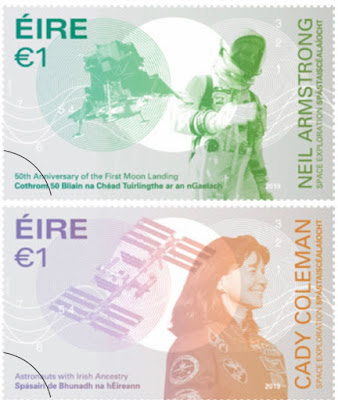 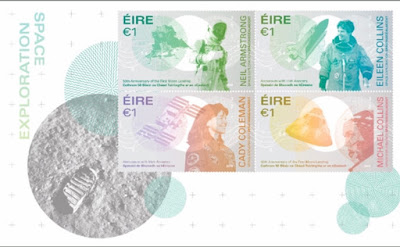 2019 - On 15 April 2019 An Post launched an ‘Advantage card’ which is described as giving businesses ‘a world of discounts on mails and parcel products’. As part of these products 2 Booklets each of 4 stamps - national and international rates - were introduced.for a limited time period - up to 19 July - these booklets have been separated from the packs and are being sold individually presumably to oblige collectors. Rating:- ****. 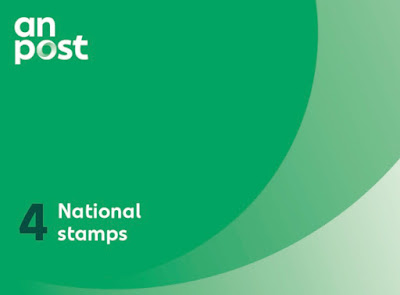 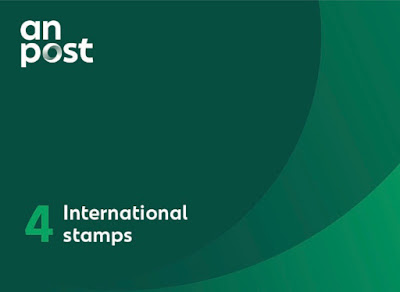 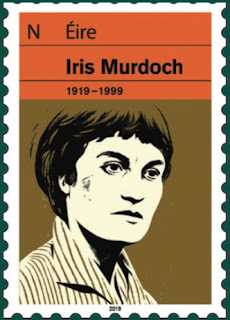 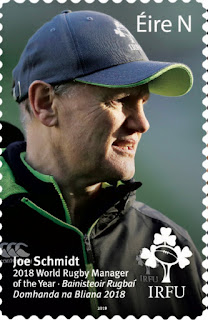 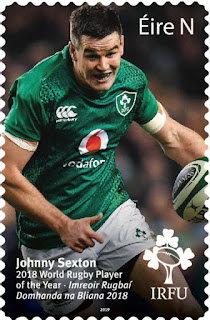 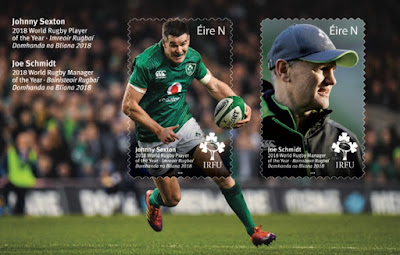 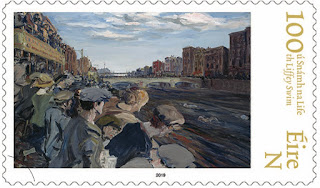 8 August 2019 - Carnegie libraries in Ireland - A block of 4 se-tenant 4 stamps - Designed by Vermillion Design using illustrations by Dorothy Smith and lithographed by Cartor and perforated 13.5. Rating:- ***. 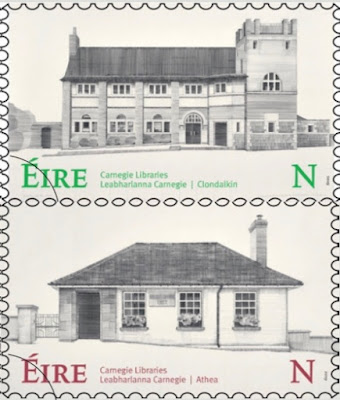 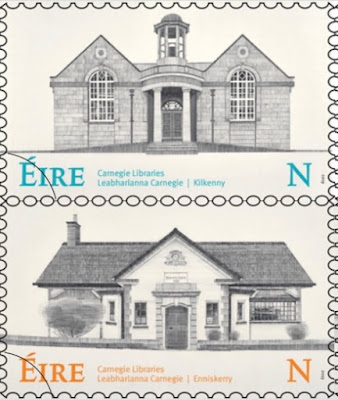 5 September 2019 - Culture Night - a se-tenant block of 4 stamps. Designed by Zinc Design and lithographed by Cartor and perforated 13. Rating:- ***. 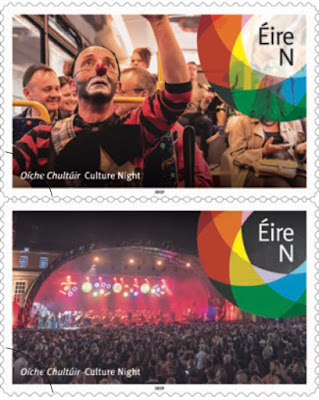 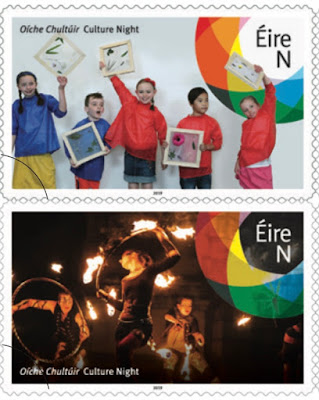 🇧🇳 The postal service of Brunei Darussalam has confirmed to me that it did not issue any stamps during 2018 and has so far not done so during 2019 but an issue is planned for release on 8 August 2019 which is described as an ’ASEANPOST Stamp 2019 theme National costume’. I assume therefore a single stamp will be issued to accompany issues from the other postal administrations of the ASEAN countries along the lines of the Europa stamp issues to include Singapore Post, Pos Malaysia and the Myanmar postal service.
🇭🇰 Hong Kong Post will issue a set of 6 stamps, 1 miniature sheet and 6 ‘Mini-stamp sheets’ on 16 July 2016 on the subject of the local ‘Underwater world’ as opposed to the local underworld which might have been interesting.
The attractive issue was designed by Shirman Lai and lithographed by Cartor and perforated 13.5.
This issue marks the release of an innovation, which is not necessarily a welcome one, wherein Hong Kong Post will release blocks of 4 of each stamp all in their own miniature sheet - 6 in all containing a total of 24 stamps - and named ‘Mini-stamp sheets’ the titling of which gives me the  impression that these are sheets containing ‘mini stamps’ rather than ‘mini sheets’ but clearly they are small sheets which I assume will contain ordinary-sized stamps. I never cease to be amazed at what mental contortions those who work for philatelic departments must go through to come up with new products to try to bleed yet more money from now severely financially exsanguinated collectors. Hong Kong Post issues far too many products and the new ‘mini-stamp sheets’ will not be finding a place in my collection. Rating:- **. 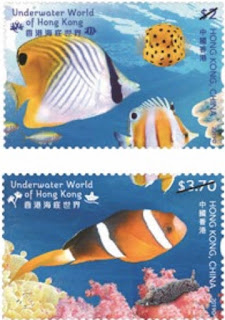 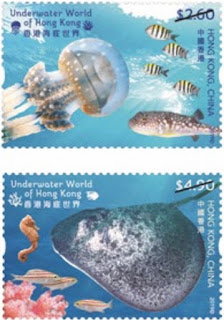 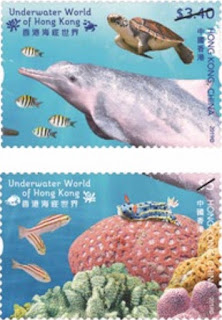 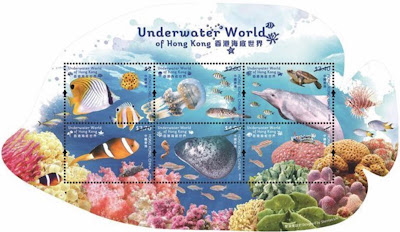 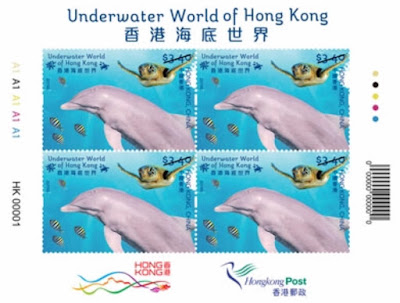