🇮🇲 It is disappointing that the Isle Of Man Post Office has been unable to restrain itself from rushing out a sheetlet of 4 stamps  (2 x 2 different stamps plus 2 labels) to commemorate the birth of the first child of The Duke and Duchess Of Sussex whose name has been announced to be Archie Harrison Mountbatten Windsor. The price is a not immodest £7.50 and it is of course, in a laughably predictable manner, released in a ‘limited edition’ of 5000. I do not yet know the date of issue. Rating:- 0. 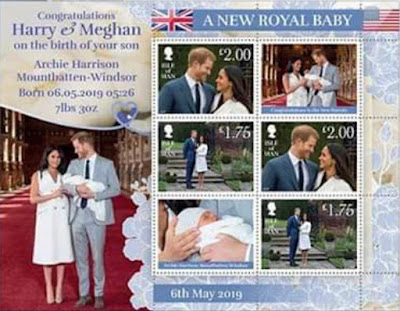 The Isle Of Man Post Office is also soon to issue a set of stamps to commemorate the Bicentenary of the publication of Herman Melville’s book, Moby Dick. There seems to be no reason for the island’s postal service to issue such a set apart from the fact that one of the characters in the book is called ‘The Manxman’ which seems a rather too flimsy an excuse to me. Date of issue, further details and illustrations are awaited.

🇮🇳 News of 2 My Stamp issues from India Post. The first commemorates the silver jubilee of the Malankara Mar Thoma Syrian Church, The Chengannur Mavelikara Diocese. The issue is made up of 12 identical stamps with attached labels and sold at a premium price. I do not know the date of issue. 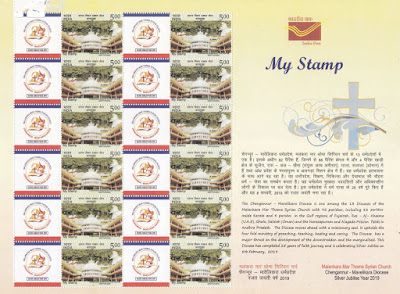 A second My Stamp to mention is one which commemorates the maiden voyage of Jalesh, ‘India’s premier cruise’ which is again a sheetlet of 12 identical stamps with attached labels sold at a premium price. Again I do not know the date of issue. 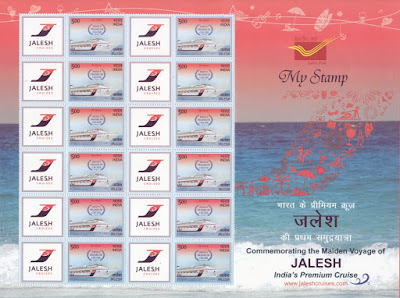