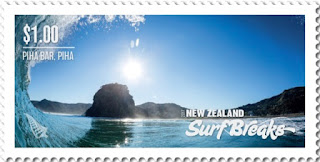 🇳🇿 New Zealand Post will issue a very attractive set of 5 stamps and 1 miniature sheet on 7 June 2017 on the subject of surf breaks of New Zealand. The stamps depict highly appealing seaside views and was designed by Hannah Stancliffe-White and lithographed by Southern Colour Print and is perforated 14.5 x 14. Rating:- *****. 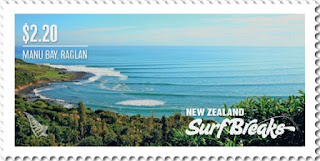 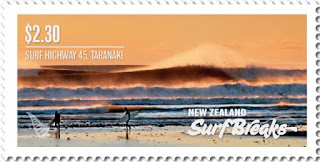 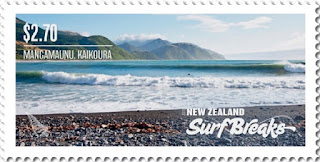 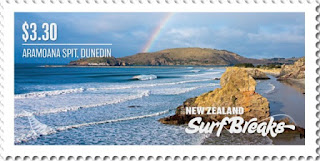 Two new definitives will be released on 7 June 2017 to meet the needs of changed postal rates. The designs also featuring coastal scenes are by NewZealand Post and the stamps were lithographed by Southern Colour Print and perforated 13.5. Rating:- ****. 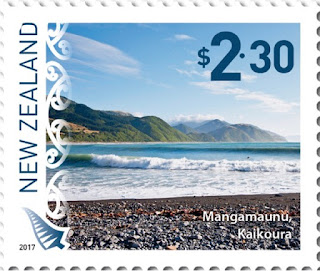 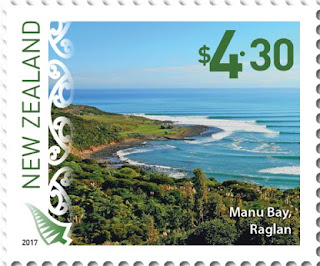 A set of 3 stamps will also be issued on 17 May 2017 on the subject of He Tohu which is a new exhibition which highlights 3 New Zealand constitutional documents - the Declaration of Independence of the United Tribes of New Zealand (1835), the Treaty of Waitangi (1840) and the Women's Suffrage Petition of 1893. The set was designed by Spencer Levine of Story Inc. of Wellington and lithographed by Southern Colour Print and perforated 14.5. Rating:- ****. 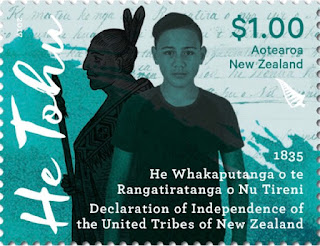 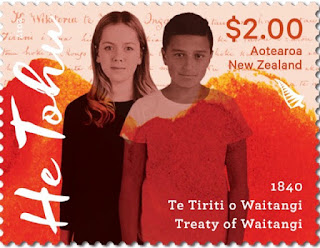 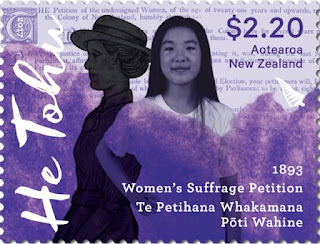 🇮🇳 India Post issued a single stamp on 5 May 2017 to commemorate the Telecom Regulatory Authority of India. Not the most distinguished of designs! Rating:- **. 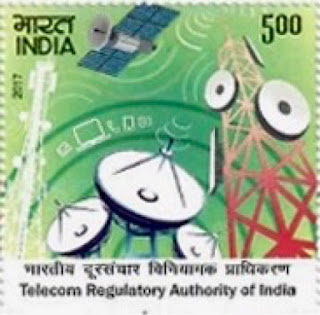 🇬🇧 New Royal Mail Post and Go stamps:-
Kiosk A007 at the Explosion! Museum - an additional inscription will be applied to stamps dispensed from A007 to commemorate the 70th anniversary of the detonation of 6700 tonnes of explosives on the then uninhabited island of Heligoland by the Royal Navy. The action took place on 18 April 1947 and caused "The Big Bang" which was one of the biggest single non-nuclear explosions in history and aimed at the German fortifications on the island which existed after the end of World War II. The explosion was so great that it shook the main island several miles down to its base and altered the shape of the island.
The inscription on the stamps will be "Heligoland/Big Bang 1947" and used from 19 May to 18 June 2017.

Kiosk A004 at the Submarine Museum - 70th anniversary of the launching of HMS Alliance - an additional inscription, "HMS Alliance/14th May 1947" will be applied to Union Jack and Machin Head labels from 19 May to 18 June 2017.