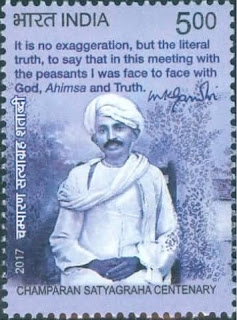 🇮🇳 India Post issued a set of 3 stamps and 1 miniature sheet on 13 May 2016 to commemorate the Centenary of Champaran Satyagraha. Satyagraha is translated as "insistence on truth" and is a particular form of nonviolent or civil resistance which was introduced by Mahatma Gandhi with the first movements of the resistance being started in the Champaran district of Bihar. This issue marks the centenary of the beginning of the movement. This is an interesting and historically important issue. Rating:- *****. 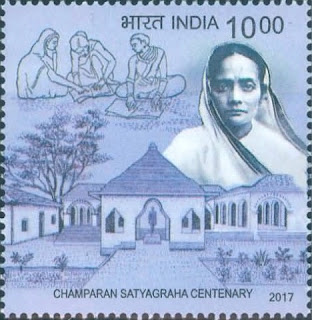 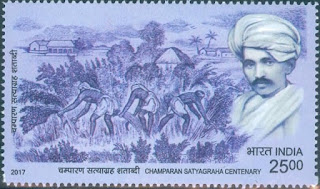 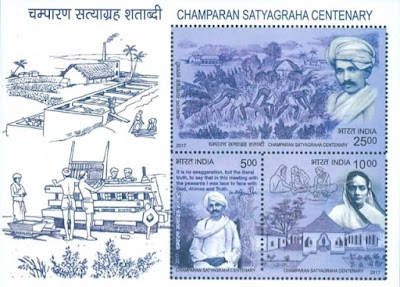 Post scriptum. The miniature sheet was withdrawn soon after issue because of design errors.

🇱🇰 Sri Lanka Post issued a sheet of 20 different stamps on 10 May 2017 to commemorate United Nations International Day of Vesak. Vesak is celebrated on the day of the full moon in the month of May and is the most sacred day in the Buddhist calendar as it is said to be the day on which Buddha was born in 623 BC and also when he attained enlightenment as well as being the day on which he died at the age of 80 years.

The stamps depict Buddhist temples in 20 different countries. This is a very interesting issue. Rating:- ****. 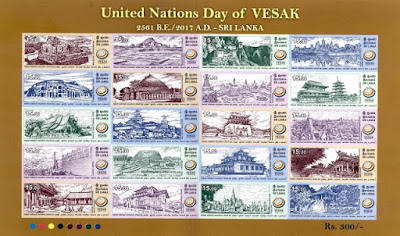 🇬🇧 In Blogs 993, 995 and 998 I mentioned the first 4 designs of Canada Post's Canada 150 series. Royal Mail has now revealed how it intends to commemorate philatelically this important anniversary - another one of its expensive and tedious "Commemorative sheets" - 10 x 1st Smilers "Fireworks" stamps with attached labels. At least the labels are colourful and interesting but I would have preferred much more to have a set of stamps to add my collection to congratulate our friends in Canada on their wonderful country's birthday. The item will be issued 30 July 2017. Rating:- **. 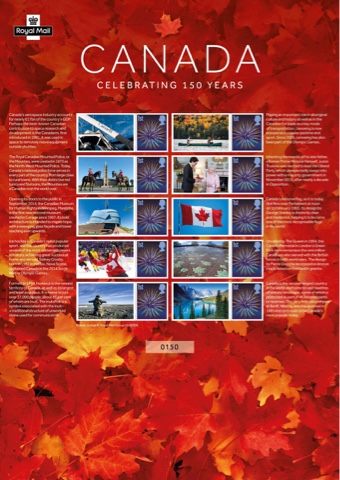 Royal Mail will also issue a "Commemorative sheet" on 13 June 2017 to commemorate the 30th anniversary of Princess Anne, the Queen's daughter, adopting the title of "Princess Royal". The sheet is made up of 10 x 1st "Union Jack" Smilers stamps with gloomy black and white attached labels. Rating:- *. 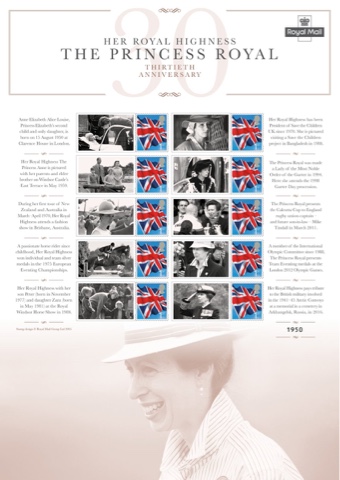 It seems that Royal Mail is in the middle of a Commemorative sheet bonanza as a third sheet will be released on 13 September 2017 to mark the opening of The Postal Museum which, of course, is situated in London. This is a very colourful item and is made up of Penny Black, Twopenny Blue and Penny Red stamps with interesting attached labels. This item is bound to be popular with collectors. Rating:- ***. 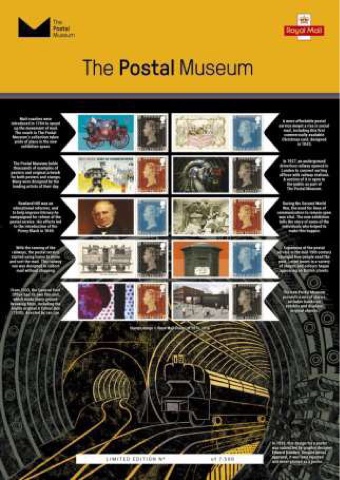 🇬🇬 The Guernsey Post philatelic bureau tweeted on 12 May 2017 that Post and Go kiosk GG01 in Smith Street post office had dispensed on that date strips of "Lighthouse" labels with additional inscriptions to welcome visitors from the cruise ship Oriana.