1007. Buildings In Stricken Manchester And Other British Cities Will Feature On New Stamps. 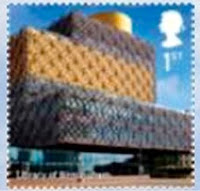 🇬🇧 On 31 July 2017 Royal Mail will issue a set of 10 stamps depicting modern "Landmark buildings" including the spectacular library in the centre of Birmingham and the Imperial War Museim North extension in the city of Manchester which has been so cruelly attacked by terrorists.
The set will also depict:- the Clyde Auditorium SEC Armadillo in Glasgow, the Scottish Parliament building in Edinburgh, the Giant's Causeway Visitors Centre in Northern Ireland, the National Assembly of Wales in Cardiff, the Eden Project in St. Austell in Cornwall, the Everyman Theatre in Liverpool, the Imperial War Museum North extension in Manchester and two stamps depicting buildings in London - The Tate Modern Extension and The Aquatics Centre.
Someone has made a clear effort to spread the subjects around the United Kingdom although London is to appear on another 2 stamps to publicise it but the other stamps feature buildings in some of Britain's other great cities in all 4 nations - Cardiff, Edinburgh, and Glasgow, Birmingham, Manchester and Liverpool as well as Cornwall and Northern Ireland.
The set gives the stamp collector a pleasant and informative trip around the British Isles viewing its spectacular modern architecture. Rating:- *****. 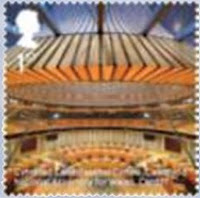 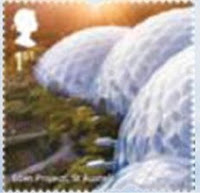 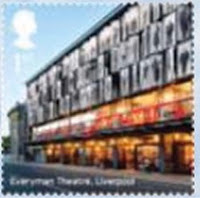 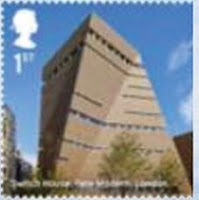 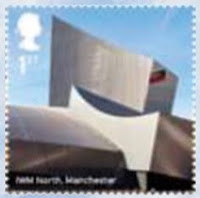 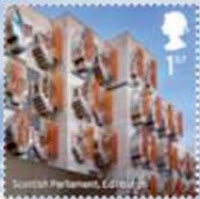 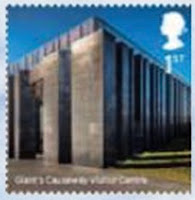 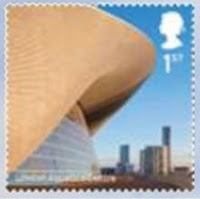 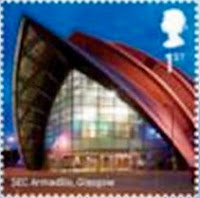 Coming from Birmingham, I recall that sites in Britain's Second city have been featured previously in 2006 as part of the "British journey" series when Chamberlain Square was depicted. The square was named after the great Mayor of Birmingham, Joseph Chamberlain, whose political actions in the late 19th century are said to provide inspiration for the close advisors of the current British prime minister Theresa May. Chamberlain is probably a candidate to be a subject for a future stamp issue though he was a firm imperialist and in this current era this may persuade Royal Mail that such a figure would not be suitable to be commemorated on one of its stamps.
Another one of Birmingham's spectacular modern buildings is the Selfridges store which was depicted on one of the "Architecture" set also issued in 2006. This stamp and the new Library stamp give a pleasing contrast to the sedate and grand architecture of the Victorian Chamberlain Square with the Council House taking up most of the background and the Town Hall, built in a classical style, to the right and between the two, Victoria Square, where a statue of Queen Victoria surveys her surroundings which include modern additions such as Sir Antony Gormley's "Iron Man" and a fountain with a statue of a woman lounging in it and known locally, with typical Brummie humour, as "the floozy in the jacuzzi". 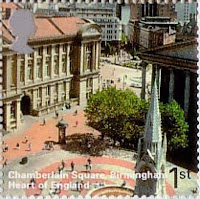 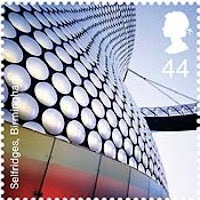 Royal Mail will issue its 4th issue in its ongoing series on the Centenary of the First World War on 31 July 2017. The set is made up of 3 x 1st class domestic rate stamps and 3 x £1.57p stamps. The 1st class stamps depict "Shattered poppy" by J Ross, First World War nurses (Elsie Knocker and Mairi Chisholm) and lines from the poem "Dead Man's Dump" by Isaac Rosenberg,
"Earth has waited for them,
All the time of their growth" which continues
"Fretting for their decay:
Now she has them at last".
The £1.57p values depict a woodcut titled "Dry docked for scaling and painting" by Edward Wadsworth (1918), Tyne Cot cemetery in Belgium and Private Lemuel Thomas Ross's lifesaving Bible.
I believe that this is another superb set commemorating The First World War from Royal Mail in similar vein to the previous issues which have been released annually from 2014. I very much like the way each set covers various aspects of the conflict - the events, the bravery, the loss, the people, art, poetry and literature associated with the war and important little artefacts - museum pieces - that have far more significance than anyone could ever expect. This is a beautifully conceived series taking us through each year of the war and how it affected ordinary people and how the little islands carried on to eventual victory and peace even if there were fresh monsters on their way to power to plunge the world into possibly even greater horrors 20 years later.
Royal Mail really is in cracking good form at the moment. Rating:- ****** (yes 6 stars).
Royal Mail's World War I Stamps, along with those from Australia Post and New Zealand Post, make a fantastic collection telling the story of the terrible conflict and would make a wonderful present for a parent (or grandparent) to give to a young person to help them learn about what happened to their ancestors 100 years ago. 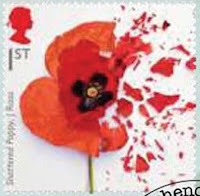 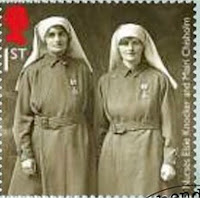 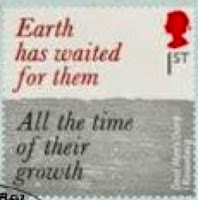 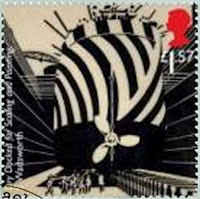 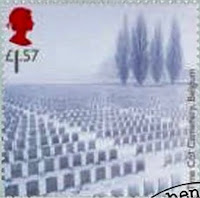 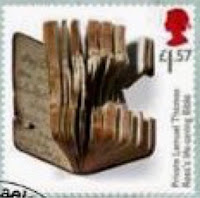 I finish where I started - in Birmingham. Benham First Day Covers are taking pre-orders for their magnificent first day covers for this issue at £22.50p. The cover bears the cancellation "Passchendaele 1917 Monument Road Birmingham 31 July 2017".
Apart from the attractiveness and quality of design of the cover, the postmark is of great interest to me as it takes me back several decades to when I was a teenager  and worked during my summer holidays in a jewellery factory in Birmingham's now famous Jewellery Quarter as a temporary office boy for which I was paid the princely sum of £4/17/6d for a 40 hour week (no minimum wage then). One of my jobs sometimes was to take the outgoing post at the end of the afternoon to Monument Road post office and to see that it was properly handled. It was certainly a busy, bustling place in those days and people were in there to send post not, as would be the case in present times, to buy travel insurance or obtain foreign currency which is all local post offices seem to be for now.
My tiny salary was very important to my passion for my stamp collection as it enabled me to buy my first ever Stanley Gibbons Part 1 Catalogue which was the 1967 edition and for which I was happy to fork out the magnificent sum of 35 shillings (£1-75p). For a long time afterwards I carried my "Part 1" around with me everywhere I went handling it tenderly like a delicate but wondrous trophy.
So there really are quite a few reasons why I really ought to buy this excellent Benham cover even though I gave up collecting British first day covers (and PHQ cards and presentation packs) in 2000. We'll have a think about it. 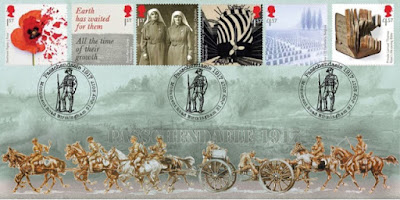 Having written a lot about Birmingham in this Blog as it is my home city and which itself suffered an appalling terrorist outrage in which 21 people were killed in the mid-1970s during the period of Irish terrorism, I express my shock and sadness for the people of Manchester who have experienced a terrible event overnight. The creatures who carried out this horror will never overwhelm the people who live in Britain's great cities, such as those featured above, and the rest of the islands.
The IRA launched a vicious and terrible bomb attack on Manchester in 1996 and ironically it was a VR pillar box which was in the centre of the attack and survived the explosion and lasts till this day with a commemorative plaque now attached to it. The terrorists may be representatives of a different cause from the monsters who set off the 1996 explosion but the British resolve to resist them will carry on just like the Manchester pillar box. 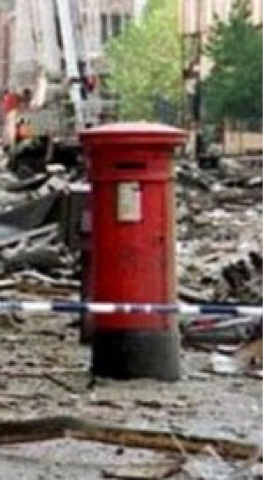