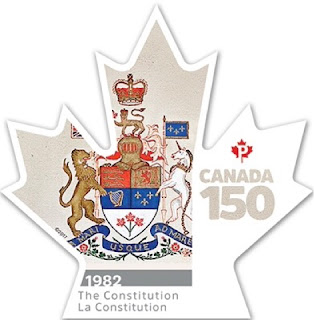 🇨🇦 I like the design of Canada Post's second Canada 150 stamp rather more than that of the first one which was revealed several days ago. This stamp commemorates the Constitution Act of 1982 whereby Canada had full autonomy to amend its own constitution without seeking the agreement of the British Parliament in London. The stamp, which depicts the Canadian coat of arms, will be issued on 1 June 2017 along with nine others, the designs of which are making revealed piecemeal over the period running up to the actual date of issue. Rating:- *****.
The third design was unveiled on 4 May 2017 and commemorates Canadian inventions. The one depicted on the stamp is Canadarm I which is also known as a shuttle remote manipulator system (srms). Canadarm was a series of robotic arms that were used on the space shuttles to deploy manoeuvre, and capture payloads. The device was first used on the space shuttle Columbia on 13 November 1981. I like this stamp very much too. Rating:- *****. 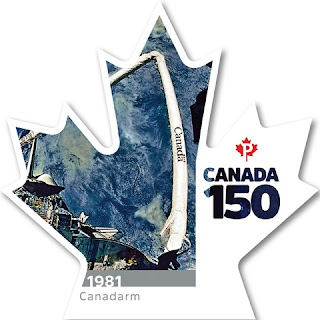 🇸🇧 This week only one Commonwealth country is infected by having its name printed on products put out by Stamperija - Solomon Islands. The "issue" is an odd mix of 10 subsets on the subject of "Masters of Renaissance" (sic) and 2 subsets on the subject of transport anniversaries. None of the featured subjects appear to have any connection in any way to the Pacific islands which continue to allow Stamperija to issue "stamps" on their behalf. For those who feel they simply must add any or all of these items to their stamp collections the subjects are:- 180th birth anniversary of Adam Opel, 145th birth anniversary of Louis Bleriot, Art by:- Uccello, Raphael, Titian, Da Vinci, Masaccio, Michelangelo, Bosch, Botticelli, Vasari and Durer. Rating:- 0.
The date of issue is said to have been 12 April 2017. 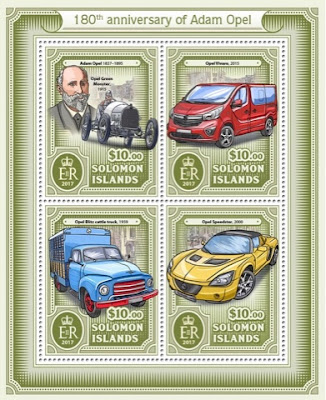 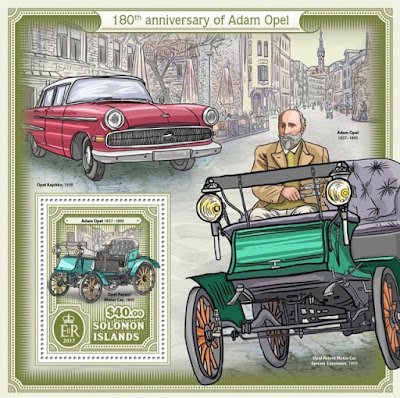 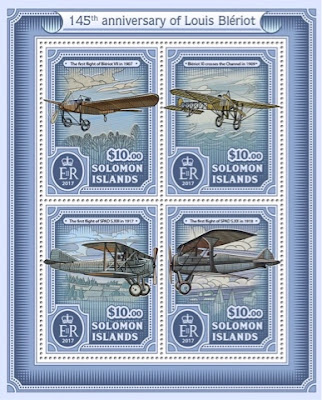 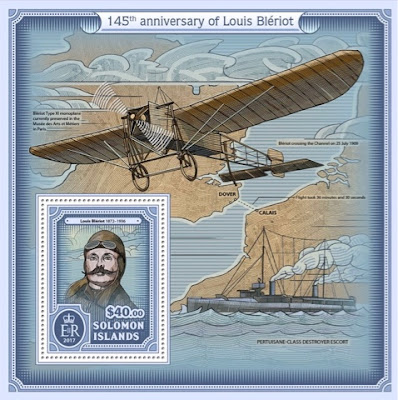 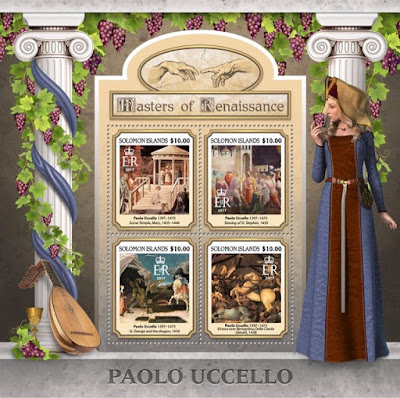 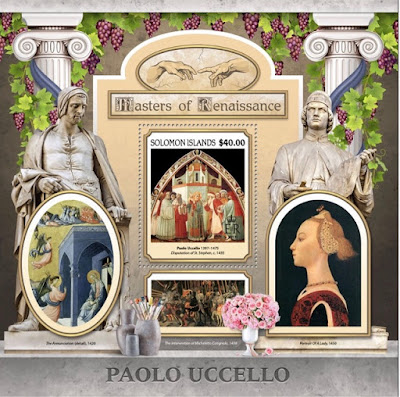 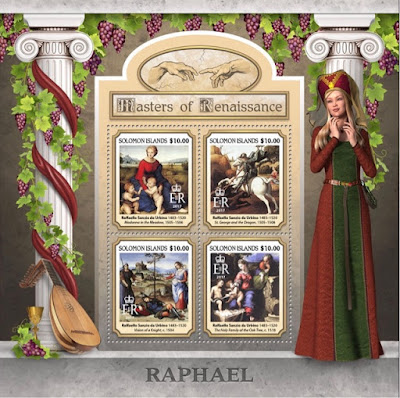 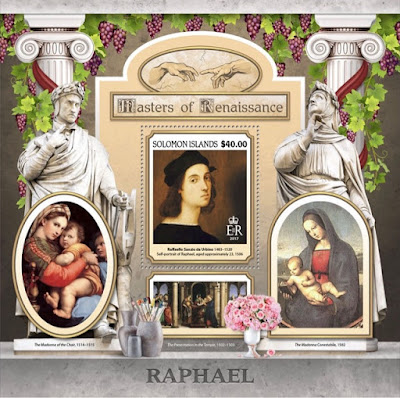 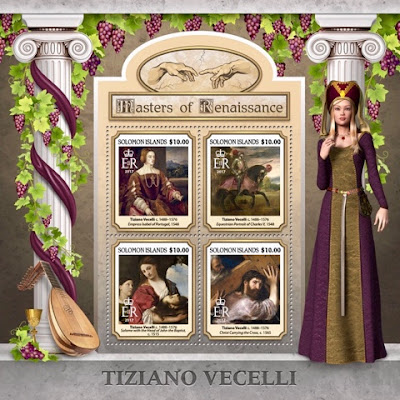 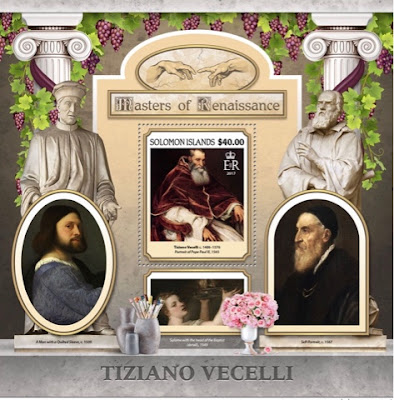 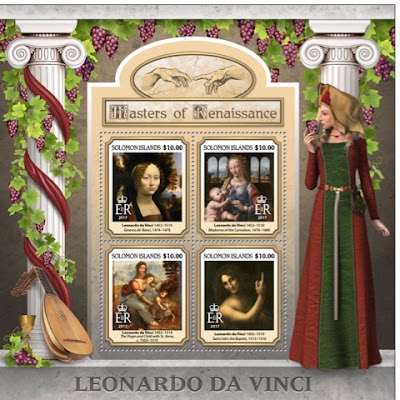 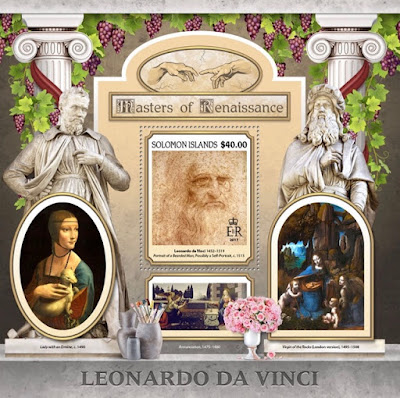 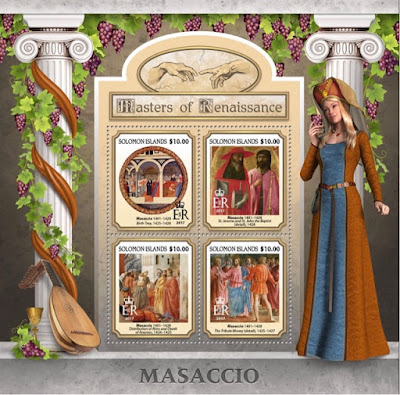 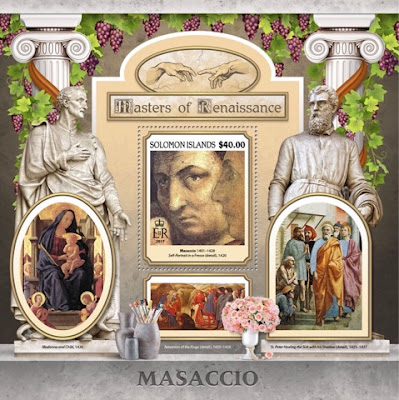 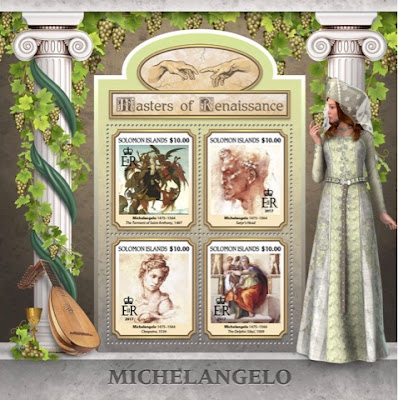 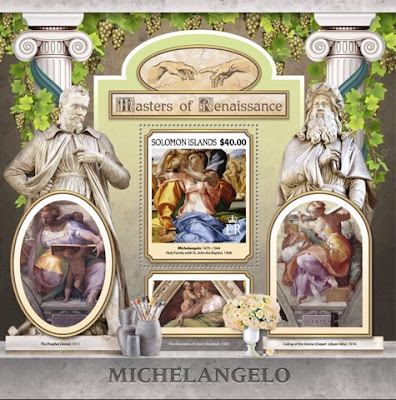 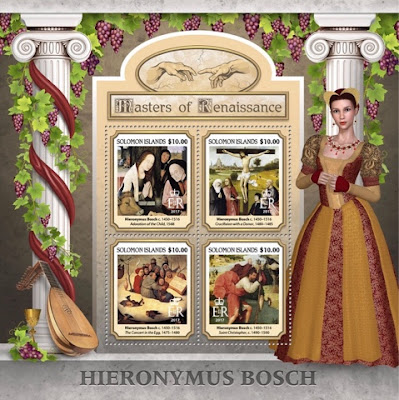 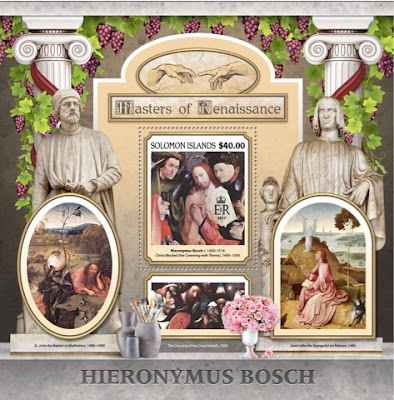 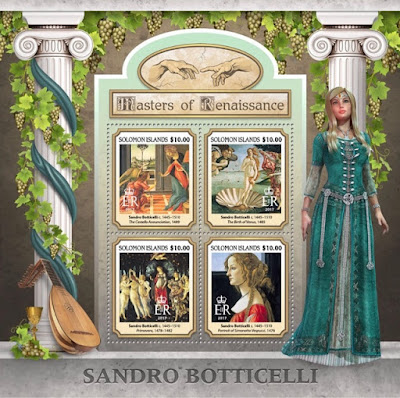 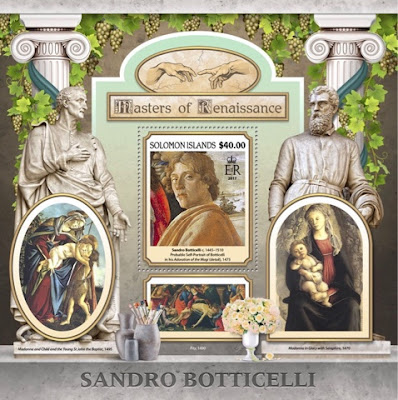 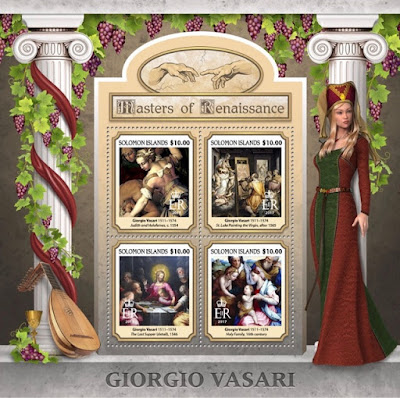 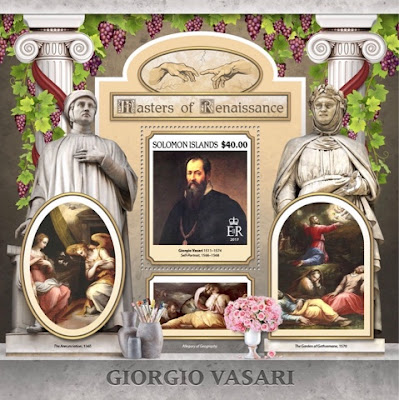 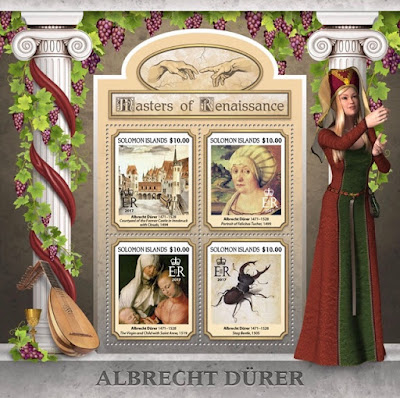 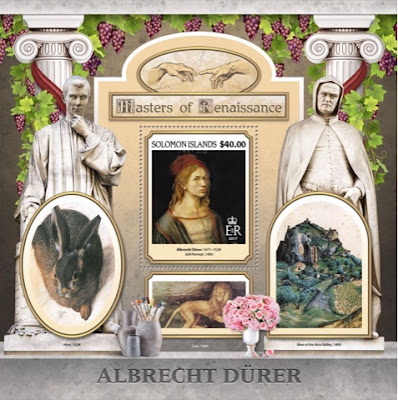