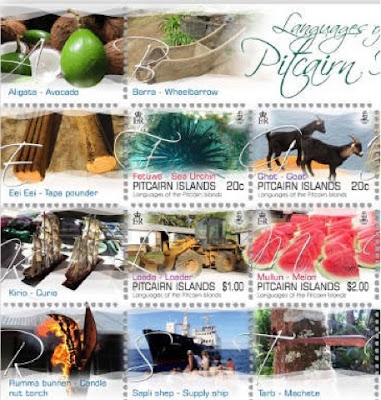 Bounty Post, the postal service of Pitcairn Island, will issue a colourful set of 8 stamps, produced in a sheet with a number of labels, on the subject of the "Pitcairn language" on 7 December 2016. The set was designed by Denise Durkin and lithographed by Southern Colour Print and perforated 14. This is an interesting and attractive set. Rating:- *****. 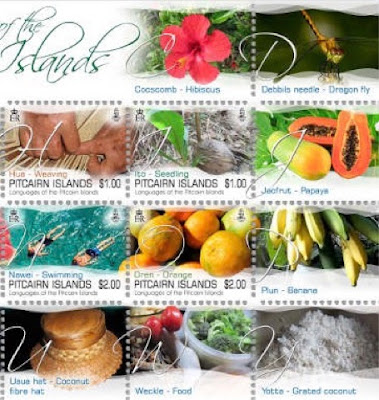 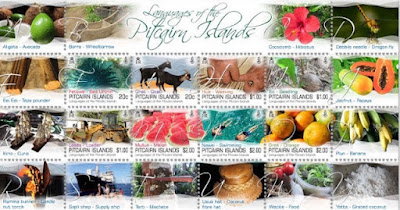 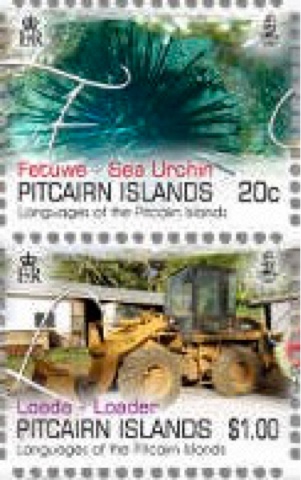 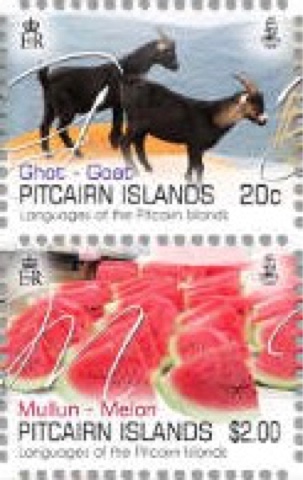 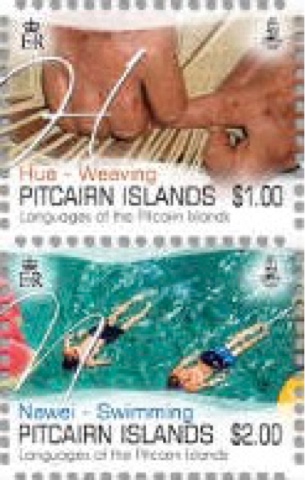 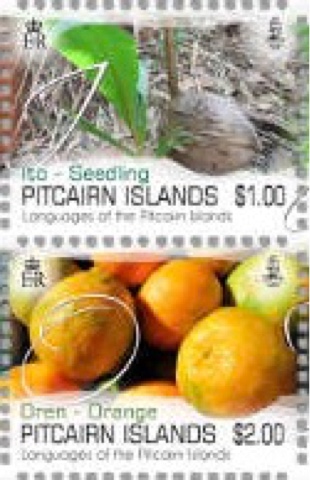 For those who collect Royal Mail new issues, Ian Billings' Norvic Stamps Blog is the first and last word on the subject and is completely indispensable. After being away for a few weeks during the autumn, Ian Billings has got the Blog up and running again (the weeks he was away seemed a long time without his up-to-date information on British stamps) and he has recently updated his information on this year's Machin Head stamps which have been put out by Royal Mail. His Blog of 18 November 2016 revealed that a total of 39 new definitive stamps with 2016 security codes have appeared during the year and a number of these new varieties were due to the change in colour of the Ist Class rate definitive to a dark red shade. Ian Billings has now updated the Norvic Philatelics Security Machin Checklist to include all the new varieties which is an enormous help to those of us who find that keeping up with all the stuff seeping out from Royal Mail to be almost impossible to follow. 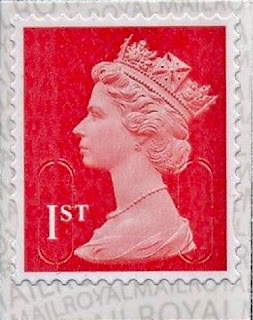 Bhutan Post has issued a sheetlet of 6 different stamps to commemorate the 30th anniversary of the country's establishment of diplomatic relations with Japan and the designs of the stamps feature scenes of the King of Bhutan's visit to that country. The stamps were issued on 5 September 2016. Rating:- ****. 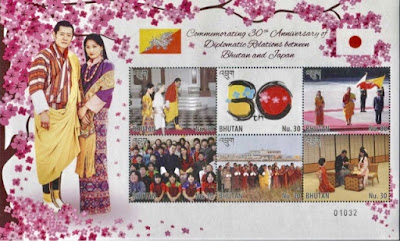 Another foreign country is to begin using Intelligent AR Post and Go kiosks - at a philatelic exhibition in Hilversum on 28 and 29 January 2017, the Dutch postal service, PostNL, will introduce kiosk NL01 and this kiosk will make appearances at subsequent philatelic exhibitions. From 30 January 2017, kiosk NL02 will dispense stamps at the Collect Club store in Bossum while NL03 will come into use at the Koninklike PostNL at The Hague while machine-printed stamps will be produced by the "production kiosk", NL00 and sold over the counter from stamp outlets in the Amersfoort region from 30 January 2017.
The first reels of stamps will be on the subject of butterflies with a second which will depict tulips.
A busy time ahead for Post And Go collectors and collectors in The Netherlands, it would seem.