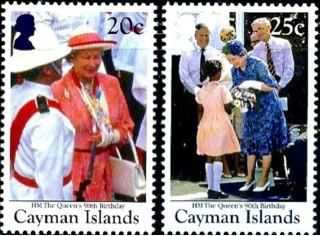 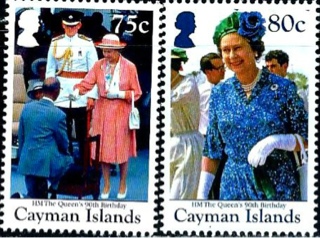 Rather belatedly, the postal service of Cayman Islands has issued 4 stamps to commemorate the 90th birthday of Queen Elizabeth II. While the issue pleasingly depicts previous visits of The Queen to Cayman, the set has been released about 7 months after the Queen's birthday which makes the issue seem to be very much an afterthought and collectors' and non-collectors' interest in the subject has long moved on.
This delayed issuing of stamps seems to be very typical of what is happening with the remaining handful of territories which allow the CASCO philatelic agency to produce and handle their stamps. In comparison with the service provided to the client territories of Pobjoy Stamps/Creative Direction which provides us with a regular, but not excessive, new issue programme for each territory, the issues of the clients of CASCO Stamps appear irregularly, if at all, with poor or non-existent publicity to collectors and over the years the number of territories which are clients of the philatelic agency has been gradually reduced.
While the British south Atlantic territories which employ Pobjoy Stamps/Creative Direction have issued excellent and sensible numbers of new issues, the one remaining south Atlantic British territory to employ CASCO, St. Helena, has had a very disappointing record of new issues in the last 2 or 3 years or so and in 2015, when a number of VIP guests on the island were visiting the island to commemorate the Bicentenary of Napoleon Bonaparte's exile there and expecting special new stamps to be issued during their visit, the stamps failed to arrive in time on the island and eventually a rather unimpressive single miniature sheet was put on sale in 2016 after the VIP guests had long departed.

Cyprus Post recently issued a single stamp to commemorate Cyprus' chairmanship of the Council of Europe. A set of 3 Christmas stamps was also released - I like the religious-themed stamp which depicts The Adoration of the Magi but the other 2 stamp designs are a little too whimsical for my tastes. Rating:- **. 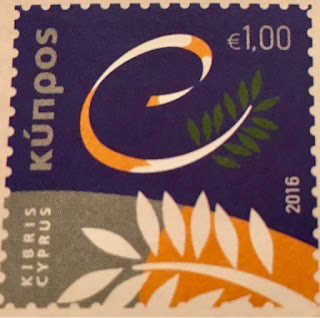 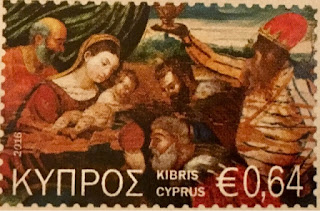 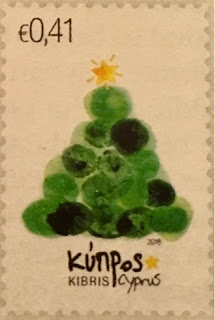 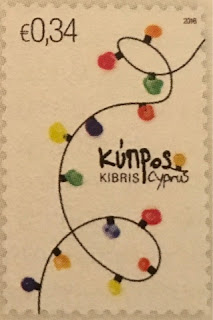 The Royal Mail Post And Go stamps which have recently begun to be dispensed from IAR kiosk M010 in Norwich delivery office do not have any additional site-identifying inscription apart from the kiosk number itself. The kiosk is currently dispensing the Hibernating animals stamps and obtaining a set from this new kiosk provides one with the opportunity to obtain an IAR version of these stamps whereas of course most of the stamps obtainable from Post offices are in the NCR format.