866. Barbados And Its Sheep Commemorate Fifty Years Of Independence. 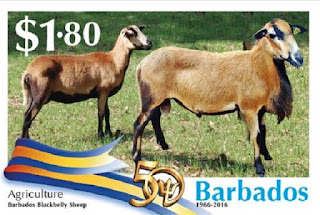 The Barbados Post Office issued a set of 6 stamps and 1 miniature sheet on 18 November 2016 to commemorate the nation's 50th anniversary of Independence. The designs are excellent and I particularly like the $1.80c value which portrays 2 fine Barbados blackbelly sheep as well as the $8 miniature sheet which depicts the former prime minister of Barbados, Sir Errol Barrow, celebrating on the night of the granting of independence, 30 November 1966. Rating:- *****. 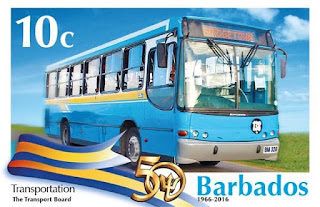 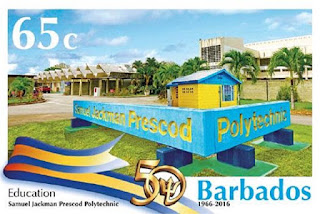 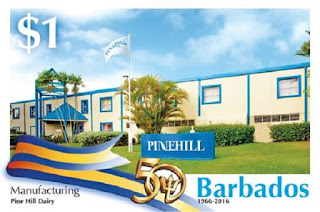 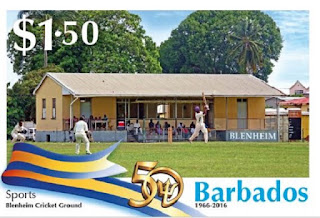 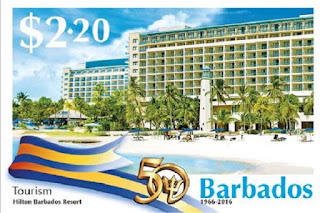 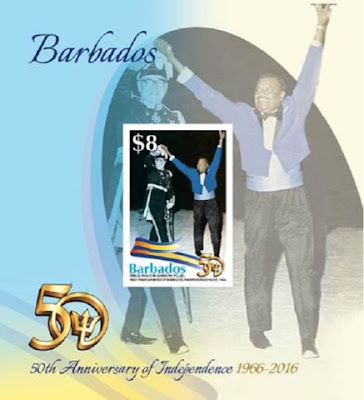 This has been a busy year for Independence anniversaries - as well as Barbados, both Botswana and Lesotho commemorated their golden jubilees but, while the former issued a set of stamps to celebrate the important national milestone (see Blog 804). I have not yet seen any report of a corresponding issue from Lesotho.
The prime minister of Barbados had intended that the island become a republic by the date of the 50th anniversary of independence but the event has not yet been agreed upon and it seems unlikely that Barbados will be a republic by the end of this month. Earlier this year Guyana Post celebrated the 50th anniversary of Guyana's independence by issuing a set of 15 stamps (see Blogs 732 and 740).
It's also worth noting that the former British colony of British Somaliland declared its independence from Somalia on 18 May 1991 so that 2016 is the year of the country's silver jubilee as The Republic Of Somaliland but the country has no postal service and has never issued any postage stamps as a result and so the anniversary therefore has no implications for stamp collectors. Somaliland, a haven of relative peace in comparison with Somalia itself, has never been recognised as an independent state by any other country despite it maintaining its independent status for a quarter of a century.

Guernsey Post's Post and Go kiosk GG02 sited in Envoy House post office in St. Peter Port will dispense its "Guernsey flag" stamps with an additional Christmas inscription from 1 to 23 December 2016. The inscription will be in Guernsey French and read, "Bouan noue" which, not surprisingly, means "Merry Christmas". Ho hum. Rating:- 0.

Equally guilty of recycling old label designs by adding Christmas inscriptions is the Royal Gibraltar Post Office which from 2 November 2016 added an inscription "Season's Greetings" to stamps dispensed from kiosks GI02 and GI03 situated at the main post office and parcel office respectively in Gibraltar. From the official announcement, I am not entirely clear which designs have been so treated but it is said that the "local monkey" stamp was replaced by last year's "Christmas tree" stamp from 2 November 2016 until 9 January 2017 in both local kiosks. This issue is similar to that of Guernsey Post - a squeezing of profit out of collectors at the cost of altering the text on a computer which I suspect amounts to very little cost at all - and again I shall not be adding these items to my Gibraltar collection. Rating:- 0.

India Post issued a single stamp on 19 November 2016 to commemorate the centenary of the Third Battalion of the Garhwal Rifles. The Battalion fought in the Third Afghan War in 1919 as well in a number of theatres of war in the Second World War, notably Gallabat (one of the first Allied victories of the war), Eritrea, Abyssinia, North Africa and Italy. Subsequently the Battalion fought in the 1948 conflict with Pakistan over Jammu and Kashmir as well as later wars with Pakistan and the Korean War. This stamp has a lot of modern history packed into it and is interesting as a result. The stamp was designed by Smt. Menu Gupta. Rating:- ***. 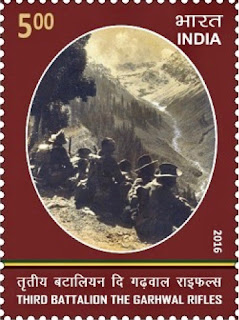 More Royal Mail "Post and Go" stamps from RAF Northolt BFPO Headquarters, Following the withdrawal of the "Poppy" stamps kiosk M001 is now dispensing "Union Jack" stamps with the revised inscription, "Headquarters BFPO". As with all the other Post and Go stamps dispensed at this particular site access to the kiosk is highly restricted so that those few individuals who are able to obtain the items are able to sell them at highly inflated prices on internet auction sites. Rating:- 0.