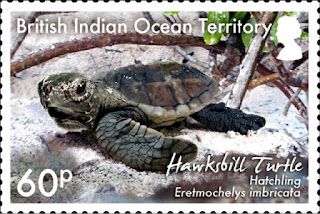 The postal administration of British Indian Ocean Territory issued an excellent set of 6 stamps and 1 miniature sheet on 16 November 2016 on the subject of Turtles of local waters. The photographs chosen for the designs are excellent and the only negative point about the set is the very high face value of £16.20p. Rating:- *****. 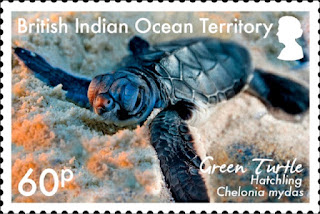 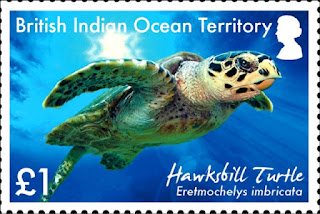 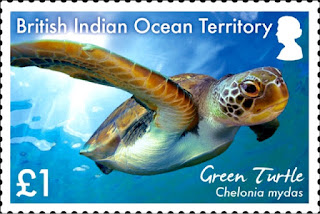 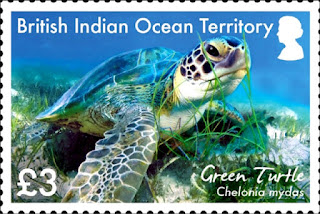 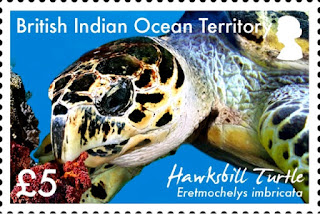 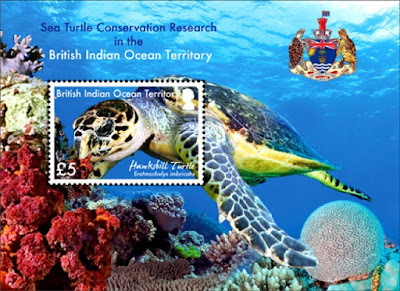 Mauritius Post issued a single stamp on 16 November 2016 to commemorate World Diabetes Day. The issue is of relevance to Mauritius given that much of its population is South Asian in origin and Type II diabetes affects south Asian communities to a much greater extent than it does European populations which themselves are experiencing a much greater prevalence of the condition. An interesting and worthwhile issue. Rating:- ****. 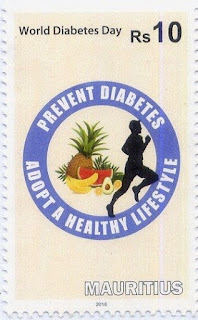 Mauritius Post had previously released, on 18 October 2016, a lovely set of 4 stamps which depict the water flora of the island. Rating:- *****.

In Blog 866 I mentioned that the BFPO Headquarters at RAF Northolt Post and Go kiosk, M001, was now dispensing "Union Jack" labels with the revised inscription "Headquarters BFPO" and "Collectors strips" are available from people who have access to the machine. The 1st Class rate stamp is depicted below.

The postal administration of Isle Of Man will issue a set of 6 stamps on 19 January 2017 titled "Hearts of Ellan Vannin". The issue depicts tourist posters of various places in the island - Peel, Castletown, Onchan, Ramsey, Port St. Mary and Port Erin. The Peel stamp, the 1st class postage rate value, and the Castletown "Europe" rate stamp will also be the island's 2017 Europa stamps and will be sold in sheetlets of ten. the  stamps depict Peel Castle and Castletown Castle respectively in keeping with the 2017 Europa theme of "Castles". Rating:- ***.