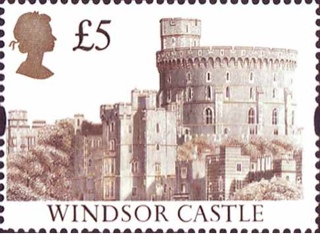 Royal Mail's programme of new stamp issues for 2017 will include a set of stamps on the subject of Windsor Castle. As the theme for the joint Europa issues for 2017 is to be "Castles" it is reasonable to assume that one or two of the stamps in the set will be Royal Mail's contribution to the series.
The new issue programme will also include a set on the subject of "Racehorse Legends" which should be very popular with the general public and there will also be a set on the subject of "Classic toys".
An order for a complete set of Royal Mail special issues for 2017 can be placed for £107.32p (mint) or £135.95p (first day covers) if made before 17 January 2017 which is when the first set of the year will be issued on the subject of "Ancient Britain". The set will be made up of 8 stamps featuring sites and artifacts dating from between around 9000BC to around 50BC.
This sounds as though it is going to be a truly interesting set and I look forward to it. The featured subjects which make up the set are:-
1st class rate - Battersea shield, London around 350 - 50BC 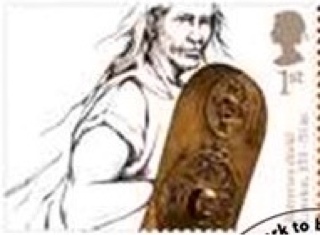 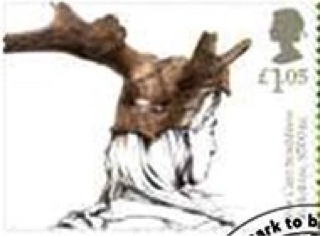 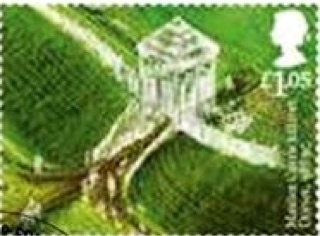 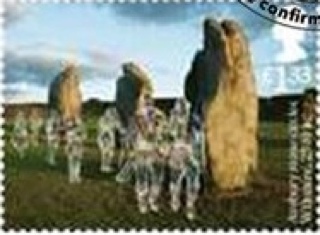 Bhutan Post released 2 issues on 18 October 2016. The first is a sheetlet of 7 different stamps which is on the subject of popular tourist destinations in Bhutan. Rating:- ****. The second issue is made up of a sheetlet containing 4 different stamps along with 4 single-stamp miniature sheets all on the subject of "National flora and fauna". The designs are rather disappointing being simplistic  black and white drawings of little merit. Could do better. Rating:- *. 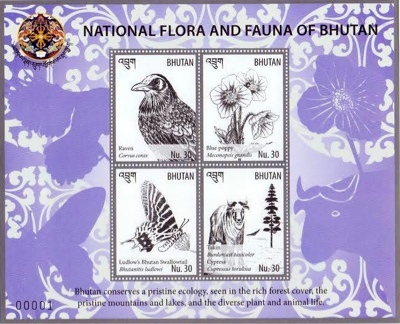 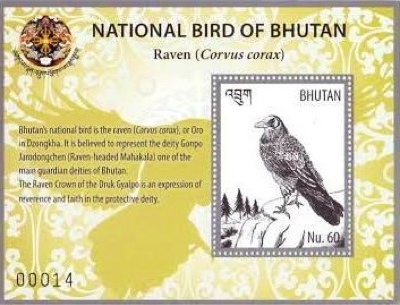 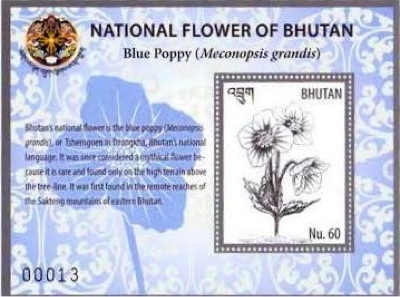 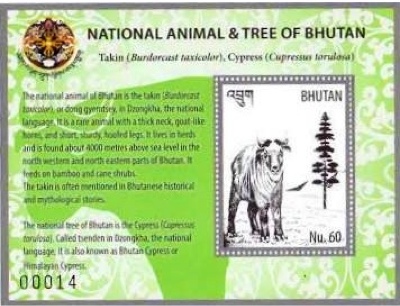 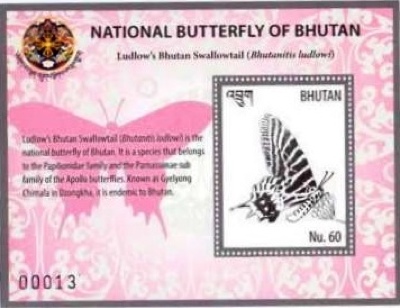 Released by IGPC at some point during 2016 have been 2 sheetlets, one containing 5 stamps and the other containing four, on the subject of "First stamps of German Colonies". Why it was considered appropriate to issue these products with the name of St. Vincent And The Grenadines inscribed on them is a source of mystification to me. Rating:- 0 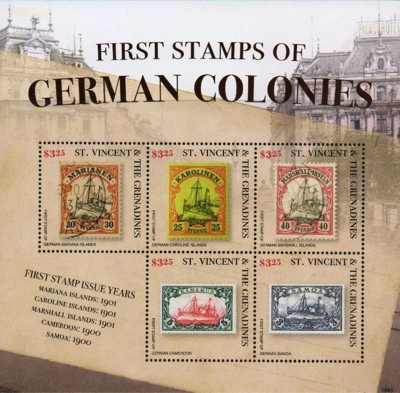 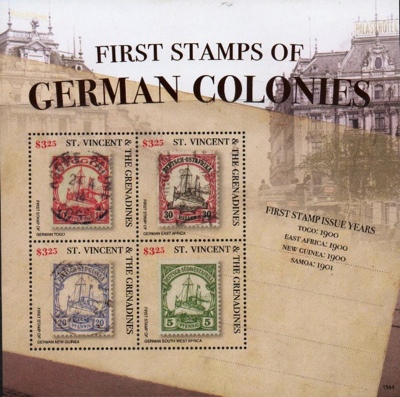