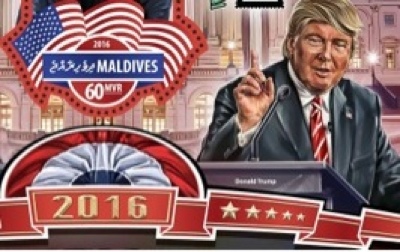 It's hard to believe that a great democracy would actually choose a vulgar, unpleasant, misogynistic, stridently racist demagogue as its freely elected leader but that is what seems to have happened this very day in The United States.
On the other hand it's perfectly understandable that self-regarding, self-congratulating, self-perpetuating liberal elites, drenched in hubris, which have viewed themselves as the natural rulers of western societies for decades would eventually get their comeuppance. That also seems to have been what has happened this very day in The United States. We've seen the same phenomenon here in Britain with the referendum result in which the majority of voters wished The United Kingdom to leave The European Union.
No doubt there will be an immediate effect on stamp collectors. Certain exploitative philatelic agencies recognise a money spinner when they see one and we might expect a flood of paraphilatelic products featuring Donald Trump to appear on the market in the coming days or weeks, or even the coming hours, as the world wakes up to Trump's victory in the US Presidential elections. In Blog 769 I featured the issue depicting Trump and the defeated Democratic candidate, Hillary Clinton, as well as the present US leader, Barack Obama, which the notorious Lithuania-based philatelic agency, Stamperija, had released in the name of Maldives, a devout Islamic country whose citizens will no doubt be denied entry to The United States in the future if Trump follows through with his campaign promise to prevent Moslems from entering USA.
Interesting times - which will be reflected in new stamp issues. 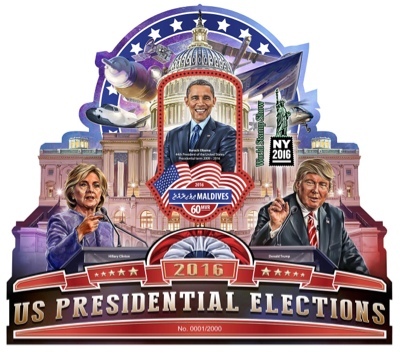 To a happier subject - Christmas. The Royal Gibraltar Post Office issued a set of 6 cheerful stamps depicting biscuits with icing applied to form illustrations of Christmas subjects. This is a pretty lightweight theme by any standards but the stamps are colourful and lift the spirits after hearing what the US electorate has been up to. Rating therefore:- ***.
The set was designed by Stephen Perera from illustrations by ingimage.com and was lithographed by Lowe Martin Group. 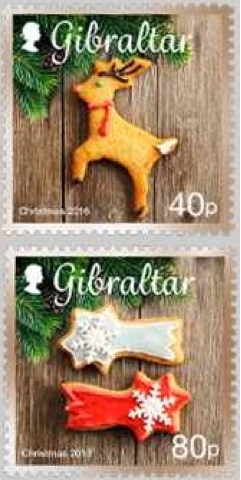 Hong Kong Post will issue a "minipane" of 12 "Heartwarming" stamps with attached labels on 21 December 2016 to commemorate the achievements of its Paralympian team in the recent Paralympic Games in Rio De Janeiro. Competitors from the territory won 2 gold medals, 2 silver and 2 bronze. I'm not a lover of "minipanes" and "collectors sheets" but this is clearly a worthwhile issue from Hong Kong and indeed "heartwarming". Rating:- ***. 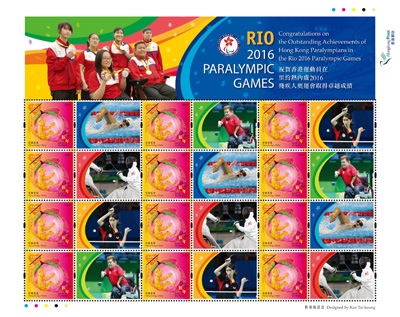 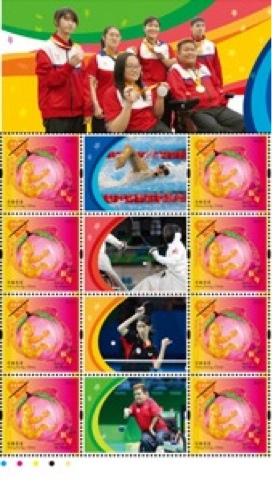 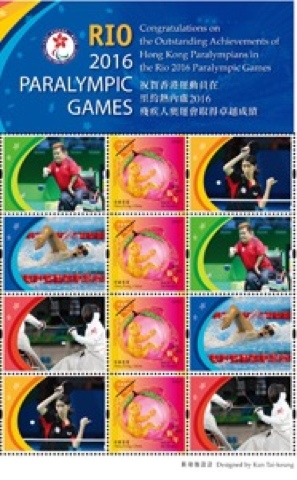