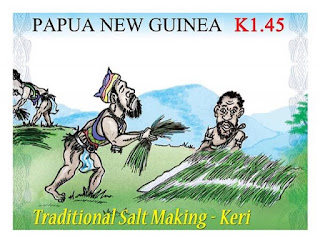 Papua New Guinea Post issued an excellent and amusing set of 4 stamps and 2 miniature sheets on 28 October 2016 on the subject of Traditional salt making in PNG. The set was designed by Kim Kaupa and Salvatore Brere and lithographed by Southern Colour Print. This is an issue with local relevance, of unusual subject matter and which demonstrates an excellent sense of humour. Rating:- *****. 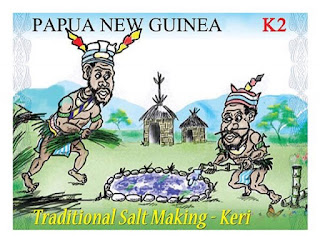 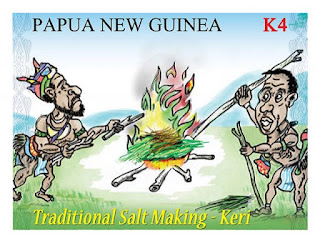 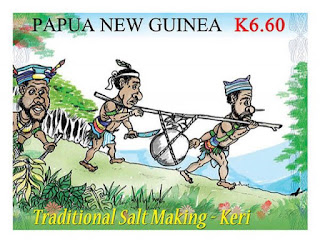 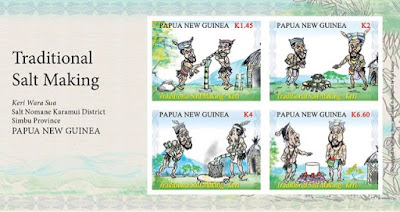 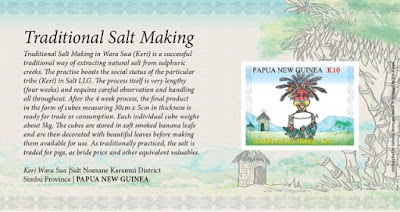 Papua New Guinea Post also issued a set of stamps with accompanying miniature sheets on the subject of the local Tuna industry on 29 October 2016. The set is made up of 4 stamps featuring various tuna fish along with 2 miniature sheets designed by Kin Kaupa and lithographed by Southern Colour Print. This is another locally relevant set which commemorates an important industry in Papua New Guinea. Rating:- ****. 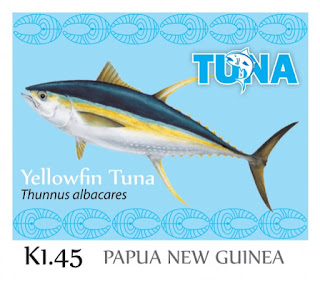 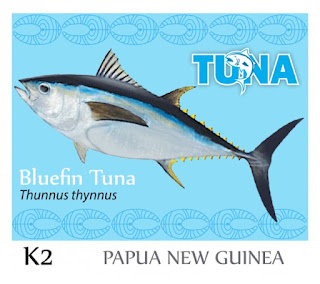 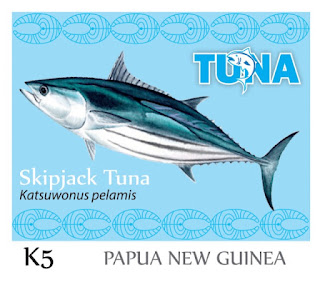 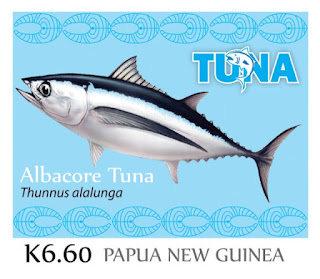 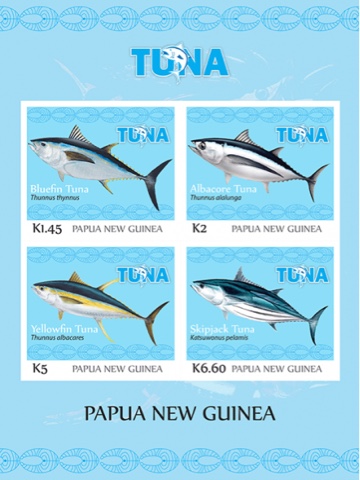 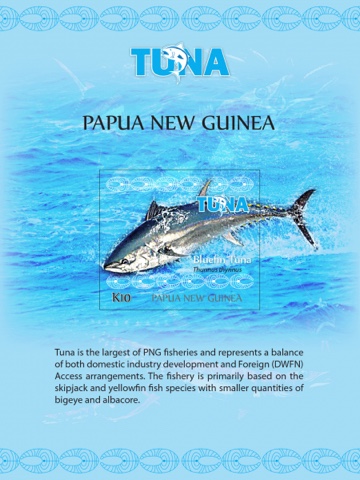 In the last couple of months, new issues from the New York-based philatelic agency, IGPC, seem to have become rather few and far between. The agency has listed new stamps for sale - last month from Israel and this month from Bhutan - but nothing really new of the sort of products that are produced by the IGPC for its gaggle of client territories in the Caribbean, Africa and the Pacific areas. I wonder what's going on. One pair of items which does seem newly listed is stated to have been "issued" on 21 December 2015 - a year ago - with the name "Grenada Carriacou And Petite Martinique" printed on the items. The products are said to feature the subject "Art on the Front Lines - The WW1 Illustrations of Gerolamo Bartoletti". There is a sheetlet of 5 stamps and 1 single stamp miniature sheet and there is no attempt made in the stamp designs to explain why 2 minuscule Caribbean islands need to have such an issue released in their names. Rating:- 0. 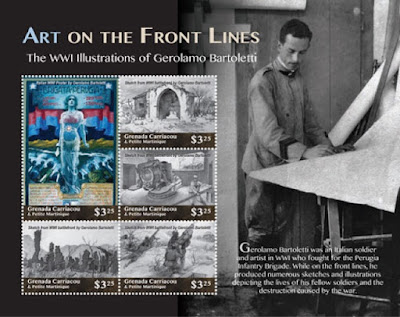 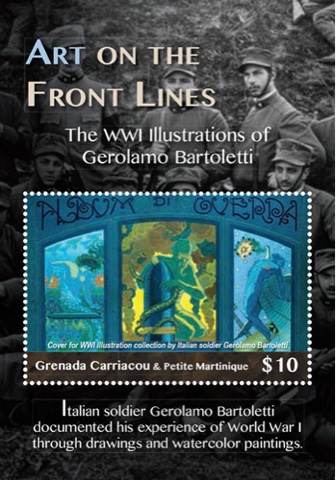 Pos Malaysia issued a set of 5 stamps on 21 November 2016 on the subject of "Places of worship" - a collection of mosques, temples and churches - which makes for an interesting and attractive issue. The issue is also pleasingly modestly priced. Rating:- ****. 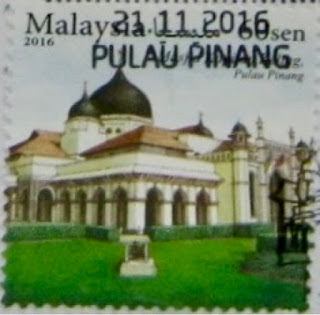