555. Five More Australia Post Issues In May And June. 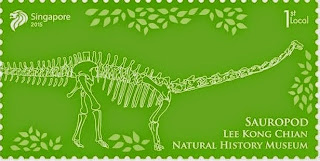 Singapore Post issued a set of 4 stamps on 18 April 2015 to commemorate the opening of the Lee Kong Chan Natural History Museum. The interesting set was designed by Brainwave Design Co. and lithographed by Secura:- 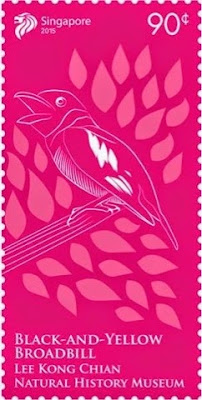 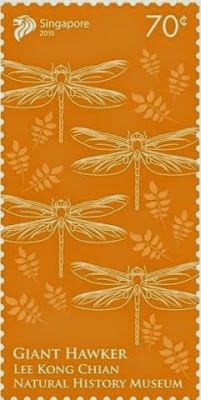 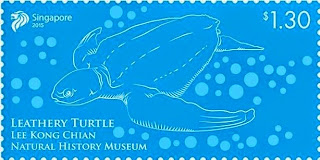 Australia Post will release 5 more stamp issues in May and June 2015. The first of these is a set on the subject of "Cats" which will be issued on 5 May 2015. The issue consists of 5 se-tenant gummed 70c stamps, 5 different booklets each containing 10 x 70c self-adhesive stamps with each booklet housing a different design and a coil strip of 5 x 70c self-adhesive stamps giving us a total of 15 new stamps with the total cost of the issue, including booklets, being $42. The stamps were designed by Jonathan Chong and lithographed printed by McKellar Renown with the coil being printed by Pemara.
The next issue to appear on 19 May 2015 and will be made up of 4 different designs on the subject of objects in Australian museums. The designs depicted will be the anchor of HMR Endeavour, a replica of the Welcome Stranger gold nugget, an automatic totaliser model and a piece of "indigenous art" - the sculpture of a turtle made by Ellarose Savage in 2012. Naturally the issue comes in numerous formats - a se-tenant block of 4 gummed stamps, 1 gummed miniature sheet and a coil of 4 self-adhesive stamps but on this occasion there appears to be no accompanying booklets bringing the grand total of the issue's face value to a mere $8.40c - modest by Australia Post's usual standards. The stamps were designed by Gary Domaney of Visua and lithographed by McKellar Renown.
Australia Post will then release an issue inscribed "Australian Antarctic Territory" on 26 May 2015 which is called "Colours of AAT". This set consists of just 4 stamps (2 x 70c and 2 x $1.40c) plus a miniature sheet which contains one of each stamp. The total cost is therefore again just $8.40c. The set was designed by Jo Mure and lithographed by RA Printing.
The fourth set to be mentioned will be released on 2 June 2015 on the subject of "Islands of Australia". Again, 4 stamps make up the set - 2 x 70c, 1 x $ 1.40c and 1 x $2.10c sold as 4 gummed stamps and the 70c additionally being sold in self-adhesive format in a booklet of 10 x 70c. The cost of these therefore amounts to $11.90c. The issue was designed by Jo Mure and lithographed by EGO.
Finally a 5th issue - "Centenary of the Walter and Eliza Hall Institute of Medical Research" - will be released on 30 June 2015 as a single gummed 70c stamp (produced in sheetlets of 10) with an accompanying "Prestige Booklet" ($14.95c) giving the issue a total price of $15.65c). The issue was designed by Nicholas Girling and lithographed by RA Printing.
The total face value for May to June 2015 therefore weighs in at $86.35c (presently equal to £45.04p).

Zimpost, the postal administration of Zimbabwe, issued a set of 4 stamps on 24 February 2015 which depicted important drystone ruins of Zimbabwe - the sites featured are Chisvingo, Dhlo Dhlo, Khami and Nalatale. These were the settlements of the elite in pre-colonial Shona states between 1300 AD and 1830. The face values are pleasingly modest - 40c, 75c, 85c and $1. 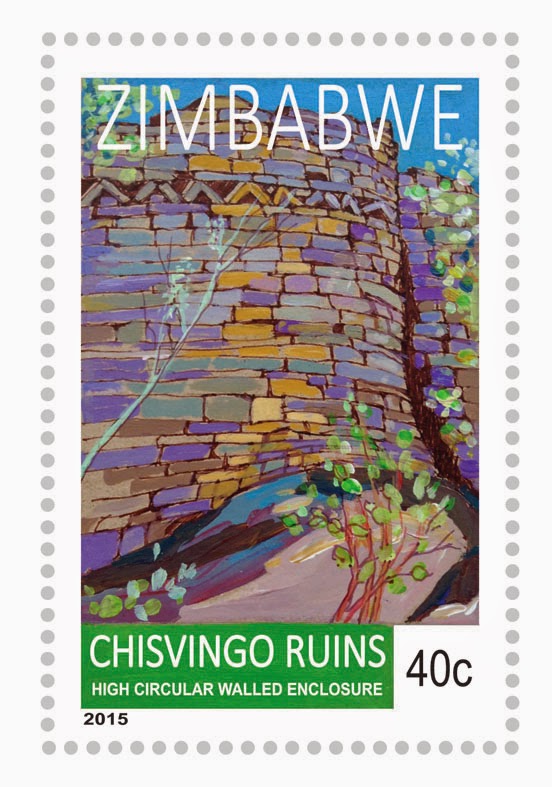 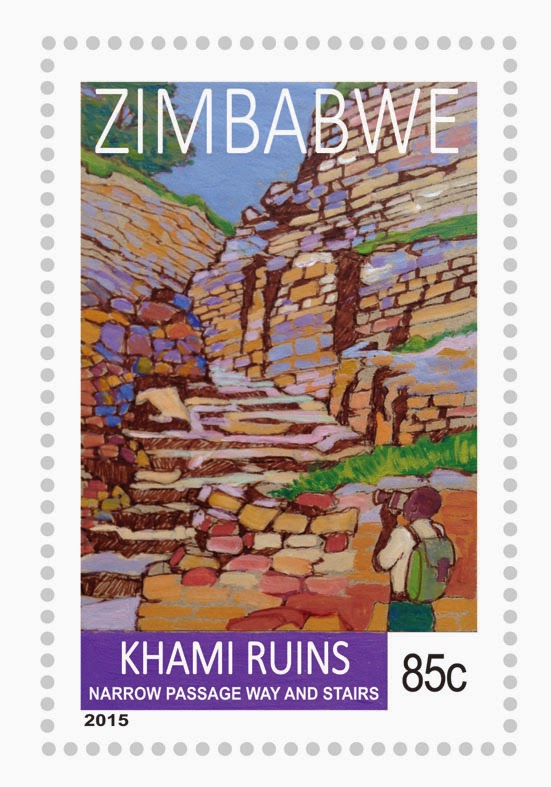 The excellent website, Joint Stamp Issues, has reported that the postal administration of Portuguese-speaking Timor Leste, which is a country said to be interested in joining The Commonwealth, has agreed to participate in a joint issue with other Portuguese-speaking territories to commemorate the 25th anniversary of the Association of Postal and Telecommunications Operators of the Portuguese-speaking Countries and Territories (AICEP) (see Blogs 275 and 519).
The date of issue is said to be 25 April 2015 and the other countries participating in the issue are Angola, Brazil, Cape Verde, Guinea Bissau, Macao, Portugal and the Commonwealth country of Mozambique whose postal administration usually allows the Stamperija philatelic agency to issue hundreds of stamps annually in its name but I suspect the AICEP issue will not originate from that source. So far the designs of the Brazil and Macao issues have been revealed and show the basic form of what the Timor Leste and Mozambique issues should look like:- 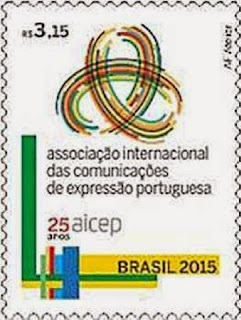 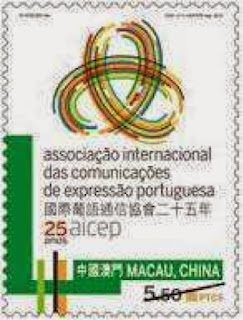 Joint Stamp Issues has also reported that the member countries of the ALBA-TCP (Bolivarian Alliance of the People of our America - People's Trade Agreement), which include the Commonwealth territories of Dominica, Antigua And Barbuda, St. Vincent And The Grenadines and Saint Lucia, intend to participate in the joint issue of an omnibus to commemorate the 10th anniversary of the treaty. The only issue to have been made public so far Is that of Bolivia but these designs may again be the template for those issues which may be expected from the 4 Commonwealth territories:- 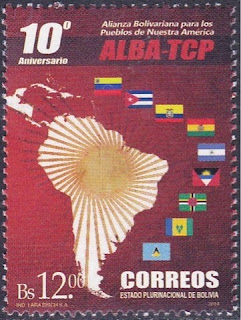 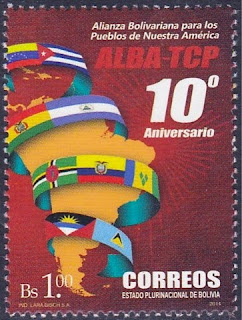