The latest source of Royal Mail "Post And Go" labels will be the Fleet Air Arm Museum where the Intelligent AR kiosk A003 which had previously been used at the Stampex Philatelic Exhibition in London will be operational from 14 April 2015. The labels will take the form of a special inscription "The F.A.A.M." with an additional "graphic device" in the form of the Fleet Air Arm Harrier logo - on the Machin Head design. The Union Jack "Post And Go" label will also be sold at the FAAM though possibly without the FAA Harrier logo (time will tell).
Today (11 April 2015) I visited the main post office at The Galleries in the city of Bristol where I found that all 6 of the NCR "Post And Go" kiosks located there were selling Machin Head stamps (4 with the MA14 code and the remainder with MA13 code). As I had not yet obtained the 2 new values (Europe up to 100g and Worldwide up to 100g) with the MA13 code I was pleased to obtain these items for my collection. How disappointing, however, that with a total of 6 kiosks nothing more interesting than the Machin Head stamps were being dispensed. Surely the "Working Sail" ships stamps could have been installed in one of the machines.
Intelligent AR have announced that 3 more British Post Office Enquiry Offices have been chosen to provide sites for IAR "Post And Go" kiosks from April 2015 but have not yet named the locations. However the stamps produced at the new sites will not have location identifying inscriptions and IAR has also confirmed that the use of such location identifying inscriptions has ceased after the rather short-lived 2 site trial carried out at Crewe and Bradford North.
Gibraltar will issue a set of 6 stamps on 5 May 2015 on the subject of old toys and 2 values will be issued as part of the annual Europa omnibus. There's nothing particularly exciting about this issue but I suppose you could say that there are at least a little cheerful:- 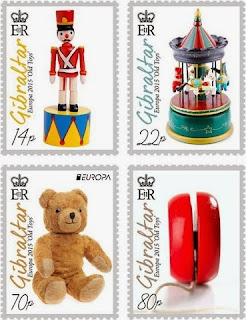 I find that it is becoming increasingly difficult to keep up with the numerous and tiresome products originating from the New York-based philatelic agency, IGPC, especially when issues are released in two parts, the designs of one country are very similar to those of another and the designs of the "stamps" have no relationship whatsoever to the country whose name has been printed on them. Here are some more which have turned up or which I may have just simply overlooked:-
Antigua And Barbuda - 2 February 2015 - "Horses In Art" - 1 additional miniature sheet of 4 different stamps:- 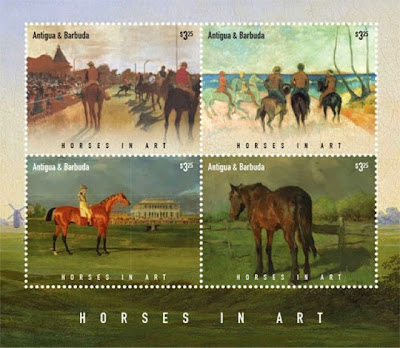 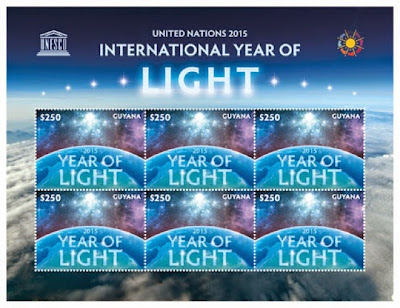 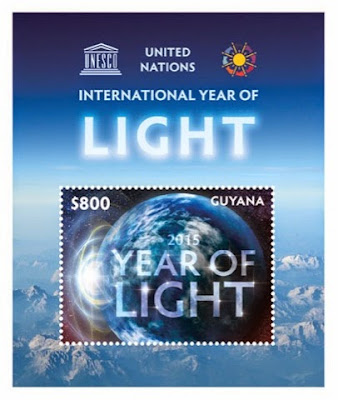 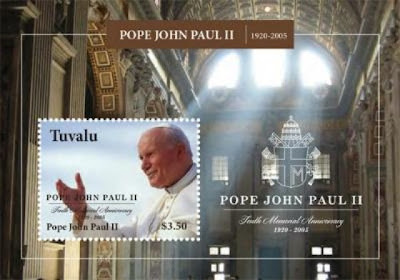 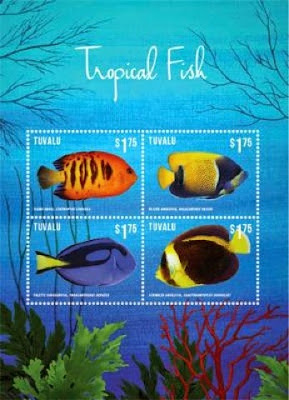 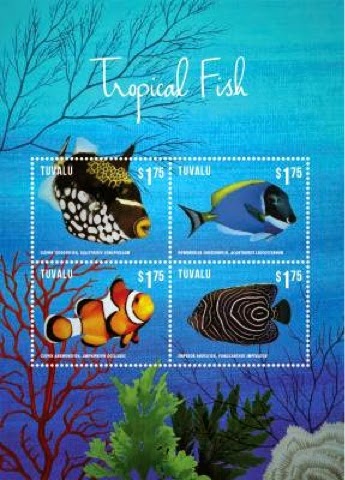 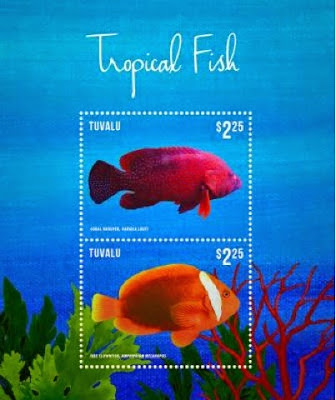 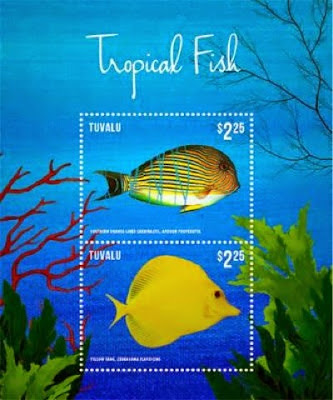 - 4 May 2015 - "Pope Francis Presides Over The Consistory" - 1 sheetlet of 4 different stamps and 1 miniature sheet. I have already pointed out in a previous blog (Blog 254) that there is only a small population of 100 Roman Catholics in Tuvalu and yet this is the 3rd issue on a Papal theme produced in a period of about 5 months:- 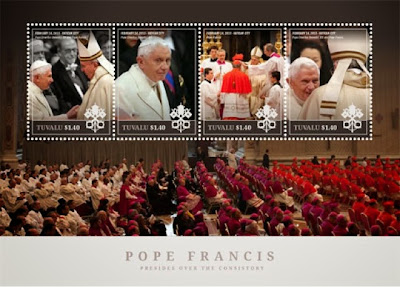 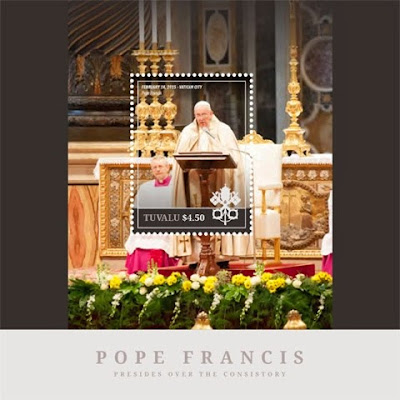