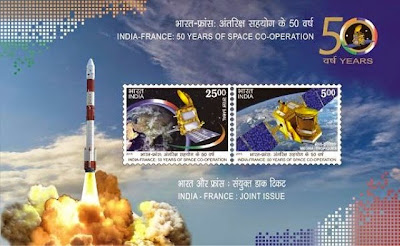 India Post issued 2 stamps and a miniature sheet containing the 2 different stamps as a joint issue with France on the subject of 50 years of space co-operation between the 2 countries. The Indian prime minister launched the stamp in the presence of the French president. The issue depicts Mega-Topiques which is a Franco-Indian joint satellite mission which been launched on 12 October 2011 for studying water cycles and energy exchanges in the tropics. 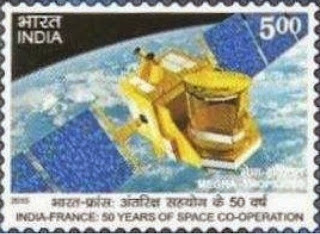 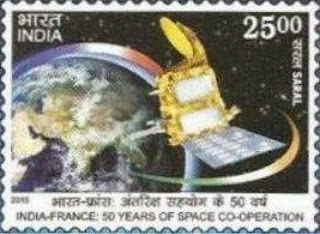 Bounty Post (The Pitcairn Islands) will issue 4 stamps on 29 April 2015 on the subject of old paintings of the island (shown above). The $1 value depicts Thursday October Christian's house from a work by Conway Shipley (1824 - 1888) and the $2.10 shows the interior of Pitcairn by FW Beechey (1796 - 1856). These artworks were sourced from the National Library of Australia as sepia prints and, with the Library's agreement, Bounty Post instructed the issue's designer, Denise Durkin, to hand- colour the works which is the state in which they are shown on the stamps. Shipley's work was finished in 1824 and that of Beechey in 1830.
Beechey's painting of "Landing in Bounty Bay" is depicted on the $3 stamp and dates to 1830. Finally the $2 value depicts a painting by E. Low dating to 1808 which Inaccurately depicts the island as having peaks. The stamps were printed by Southern Colour Print.

As mentioned in Blog 550 new "Post And Go" labels were released in Great Britain at the Fleet Air Arm Museum in Ilchester, Somerset on 14 April 2015. Collectors' strips were produced in two designs - The Machin Head with code MA13 and the Union Flag with no code, both with added inscription "The F.A.A.M." but neither design had an additional logo inscribed on them as had been pre-announced - apparently the logo will be added at a future date thus giving "Post And Go" enthusiasts even more items on which to spend their money. The total face value of these new items is £15.36p which, with the First World War stamps detailed in Blog 548, brings the grand total of the cost of postally valid Royal Mail items issued during 2015 up until mid-May to £250.70p.

Canada Post will issue 5 different self-adhesive stamps in a booklet of 10 with an accompanying gummed miniature sheet on 2 May 2015. The subject of the issue will be "Love Your Pet" and the designs feature 2 dogs (one of which looks more like a European fox than a dog) and 3 cats. The stamps were designed by Lara Minja (Lime Design) from illustrations by Genevieve Simms and printed in lithography by Lowe-Martin:- 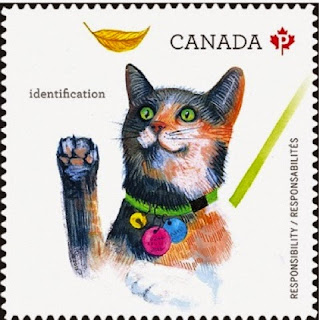 Guernsey Post will issue a set of 6 stamps on 1 May 2015 on the subject of old toys as part of the annual Europa series. The issue was designed by Robin Carter and lithographed by BDT International:- 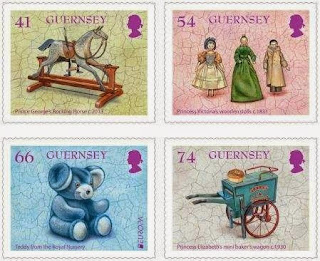 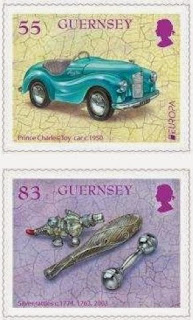 Guernsey Post will also issue a set of 6 stamps on 1 May 2014 to commemorate the 70th anniversary of the island's liberation from German occupation at the end of the Second World War. The set was designed by Bridget Yabsley and lithographed by Cartor:- 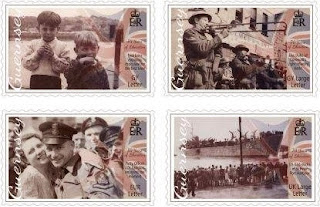 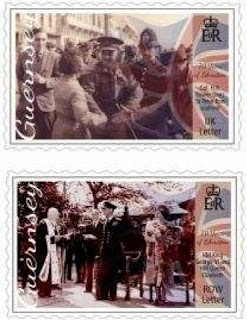 It doesn't end there. Also on 1 May 2015, Guernsey Post will release a miniature sheet with a face value of £2 to commemorate the 175th anniversary of the Penny Black, the world's first postage stamp. The item was designed by Keith Robinson and lithographed by Lowe-Martin:- 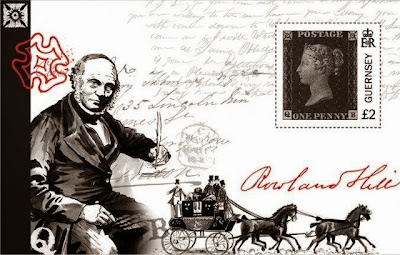 The list goes on - again on 1 May 2015, Guernsey Post will also issue a set of 6 stamps on the subject of the Flora and Fauna of Alderney. The set was designed by Petula Stone and lithographed by BDT International and is inscribed "Alderney Bailiwick of Guernsey". It has previously been announced that both the Old toys and Alderney wildlife sets will be accompanied by miniature sheets.
These all look like excellent and attractive stamp designs but there are far too many issues from such a small postal administration. I smell a golden goose roasting somewhere:- 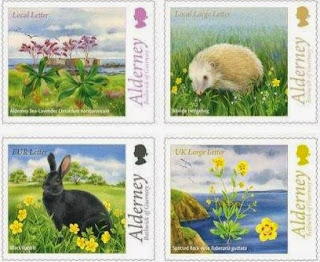 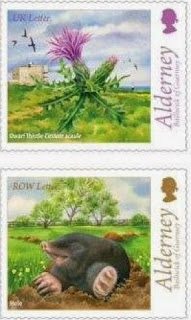