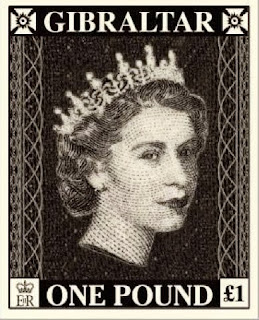 In my opinion, Gibraltar Stamps has issued the very best stamp of the current rash of issues which commemorate the 175th anniversary of the Penny Black. I think that it is a brilliantly clever design. It places the Yousuf Karsh portrait of Queen Elizabeth II on the background of the Penny Black. It is a simple and original design and is tremendously effective. The single £1 stamp is accompanied by a £3 miniature sheet which features part of a sheet of 1d Blacks. The issue was designed by Stephen Perera and lithographed by BDT International. The date of issue was 24 April 2015:- 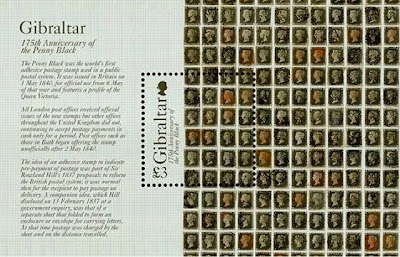 Gibraltar Stamps also released 4 new definitive stamps on 24 April 2015 with face values of 12p, 18p, 80p and £3 in the design of the current series - the Yousuf Karsh portrait of The Queen. The stamps were designed by Stephen Perera and lithographed by Cartor:- 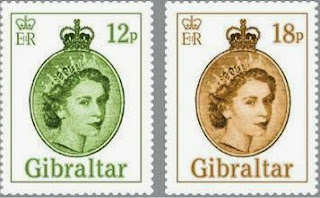 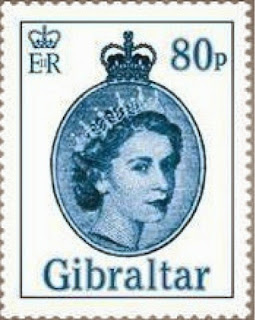 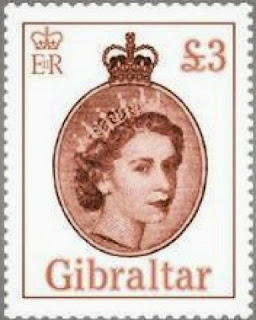 Along with Gibraltar's Penny Pound stamp, I very much like Royal Mail's Penny Black commemorative stamp which I detailed in Blog 536. Again, this is a simple but clever design and illustrates that the simplest designs are often the best and do not need to be printed on wood or metal or have the scents of chocolate or roses attached to them.:- 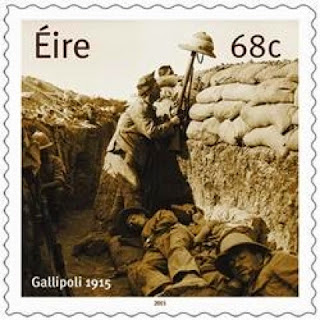 An Post, the postal administration of The Irish Republic, has issued 2 stamps to commemorate the Irish participation in the Gallipoli Campaign on the centenary of the conflict. Allied troops landed on the Gallipoli beaches on 25 April 1915 and Irish battalions involved in the landings suffered heavy losses during the "V" Beach landing at Cape Hellas.
The main force was deployed from the SS River Clyde and included the First Battalion of The Royal Munster Fusiliers as well as 2 companies of the 2nd Battalion and 1 company of the 1st Battalion Royal Dublin Fusiliers. Later, in August 1915, another Allied invasion was attempted at Suvla Bay but this was also a failure again with significant Irish losses from the 10th and 11th Irish Divisions. The Allies began an evacuation in December 1915 and this was completed early in January 1916.
The 68c depicts Irish soldiers in a trench at Gallipoli and the €1 value features a picture of the SS River Clyde. The stamps were designed by Vermillion Design and lithographed by Cartor. This is an interesting and important issue and highlights the role of thousands of Irishmen in the First World War and although Ireland left The Commonwealth a long time ago it is a reminder of the country's historic links with the Commonwealth nations:- 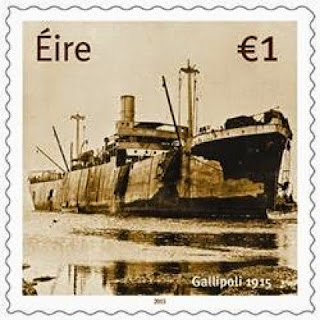 Post PNG, the postal administration of Papua New Guinea, has released a set of 4 stamps, 1 miniature sheet and 1 sheetlet of 4 different stamps on the subject of "Traditional Art". This is a lovely, colourful and interesting set which uses old designs very successfully. The stamps were designed by Yang Yansom and lithographed by Southern Colour Print and the date of issue was 9 March 2015:- 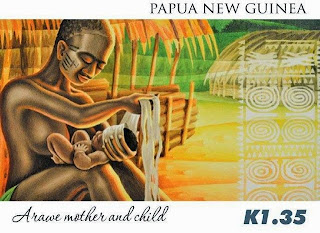 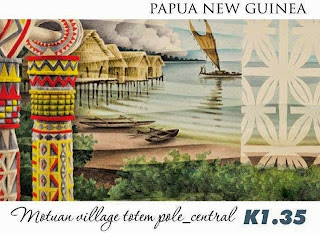 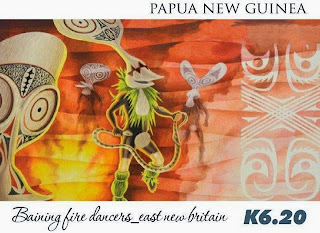 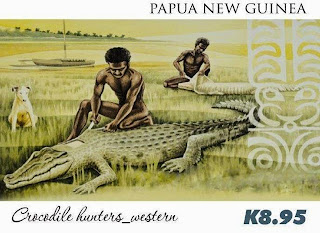 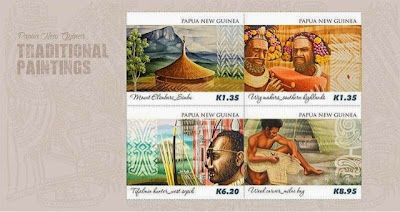 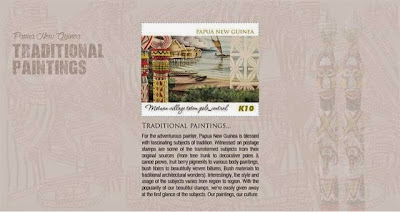