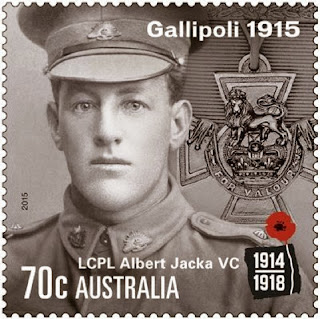 Australia Post has issued an excellent set of 5 x 70c stamps on 14 April 2015 which commemorated ANZAC Day. The first Australian to be awarded a Victoria Cross in the First World War, LCPL Albert Jacka, was commemorated on one of the stamps. The issue was made up of 5 gummed stamps, 1 miniature sheet, 1booklet of 10 x 70c self-adhesive stamps and 1 $14.95 prestige booklet.
The other stamps in the set depict the landing of Australian troops on the Gallipoli beaches on 25 April 1915, Australian troops in Turkish trenches seized during fighting at Lone Pine, Private John Simpson Kirkpatrick of the 3rd Australian Field Ambulance who with his faithful donkey recovered wounded soldiers from the frontline and the evacuation of Australian forces from Gallipoli on 19 December 1915.
The set was designed by Janet Boschen. 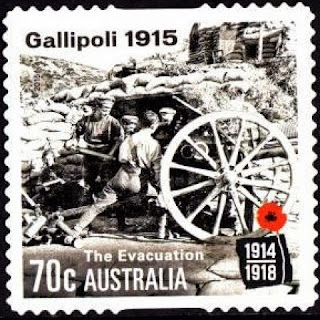 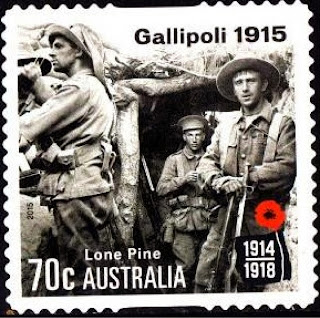 The Appendix section of the latest edition of Gibbons Stamp Monthly (May 2015) indicates that the Catalogue editor is continuing to consign a number of recent "issues" of Commonwealth territories to the Appendix rather than giving them full listing in the main section of the Catalogue (see Blog 538). The most recently affected territory is Nevis which has had 10 sets banished to the Appendix. Again these seem to be issues of no or extremely remote relevance to the island of Nevis - the editor appears content to include in the main listing issues which have subject matter of strict local or regional relevance or sets where the subject is the British royal family (which of course is also the royal family of the state of St. Kitts- Nevis). Full marks to the Catalogue editor for his attempts to come to grips with the ongoing appalling excessive issuing of stamps by foreign agencies on behalf of some Commonwealth territories. Perhaps now, however, this policy needs to be extended to other postal administrations, such as the offshore British islands, which are also clearly indulging in the excessive release of stamp issues.

Zampost, the postal administration of Zambia, has issued 6 stamps and 1 miniature sheet to commemorate the 50th anniversary of its "friendship" with China (which I presume to mean the 50th anniversary of its diplomatic relations with The People's Republic Of China). It is an issue which appears to be the latest in a worldwide series of issues of commemorations of various countries' relations with China.
The sets are usually donated to the relevant states by China itself  - it's a little like receiving a birthday card from someone when in fact you bought the card itself and gave it to them so that they could send it back to you to show how much they like you!
These are very interesting issues from the point of view of illustrating what is happening in the world as regards international relations. Interestingly Zambia released a similar issue in 2014 to commemorate the 50th anniversary of China's Red Flag Canal and it appears, philatelically at least, that China-Zambia relations must be very good. Presently, I do not know the date of issue of this set. 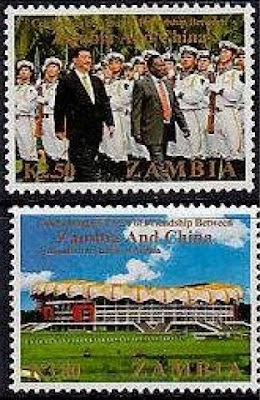 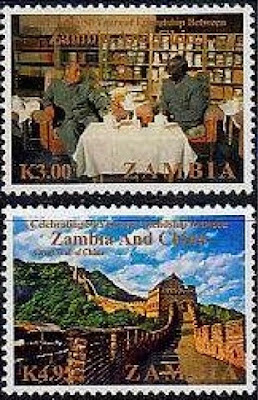 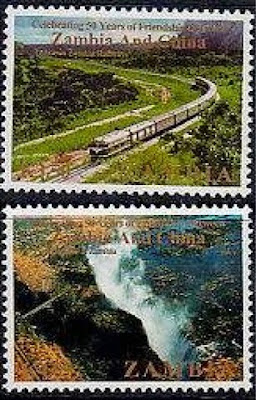 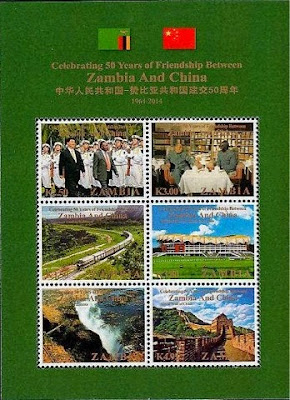 In Blog 535 I mentioned new "Bespoke" airmail postcard stamps released by Universal Mail United Kingdom and I depict these again but in more detail. The stamp strips are dated "12/14". The strip UK0129 is on the subject of the National Railway Museum in York and is bound to be popular with trains-on-stamps enthusiasts:- 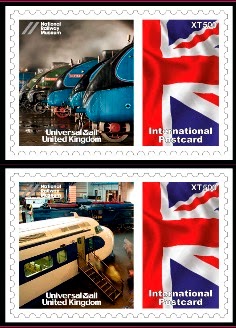 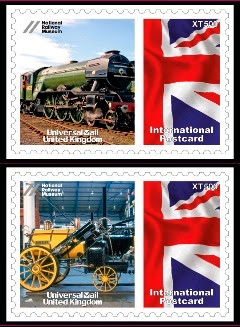 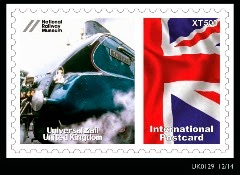 The strip UK0126 has its appeal to those whose taste it is to find modern "celebrities" to be interesting - the strip is sold at the Madame Tussauds Wax Museum and one of the stamps depicts wax models of the former footballer, David Beckham, and his wife who was once a member of a popular female music entertainment group:- 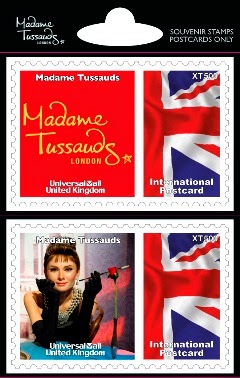 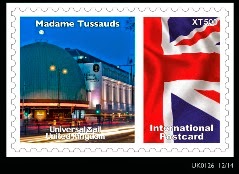 The strip UK0128 is again of interest to railway enthusiasts as it includes the picture of an early steam engine on one of the stamps:- 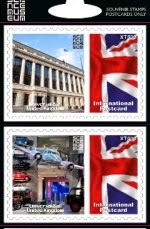