396. Have Turks And Caicos Delivered Their Royal Baby? 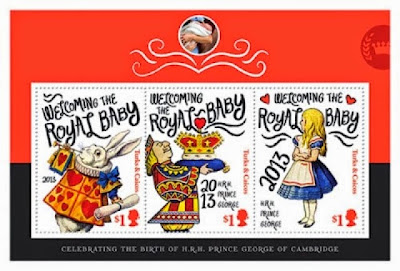 I have mentioned previously the somewhat preposterous stamp issue prepared for The Turks And Caicos Islands (Blog 340) which was intended, in its rather unusual fashion, to commemorate the birth of Prince George Of Cambridge and which the islands' philatelic agents on their website say was issued on 1 October 2013. However I have not seen any dealer or seller on the Internet offering this issue for sale and I wonder if someone in Turks And Caicos thought better of putting these items on sale and as a result declined to actually issue them. Cyberstamps, which handles material from this particular philatelic agency, features this issue on its website but does not have it available in stock to sell when an order for the issue is placed with them which may be significant. Does anyone know if this pair of items was actually issued in Turks And Caicos? (post scriptum - see comment below from Peter (USA) ). 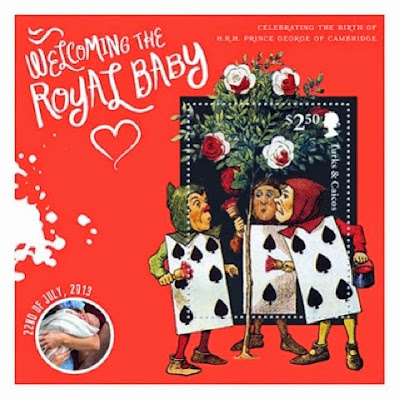 Also looking back to last year, in Blog 334, I mentioned some issues of 2013 from Anguilla but I had not seen these offered for sale till now but Bombay Philatelic Inc., which I find to be an excellent source of  Commonwealth new issues, has now listed 3 sets and 1 miniature sheet for sale. I mentioned 2 of the issues in Blog 334 and Bombay Philatelic is selling both of those plus a third set of which I was not previously aware:-

2013 (precise date not yet known) - 60th anniversary of Secondary education in Anguilla - 4 stamps:- 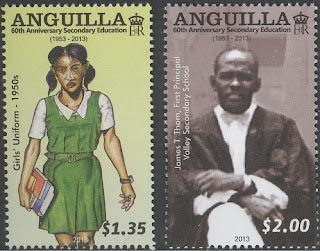 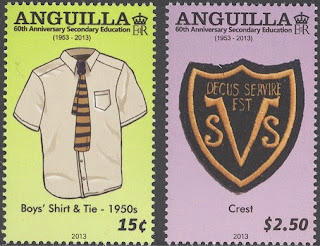 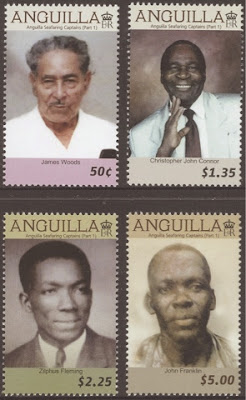 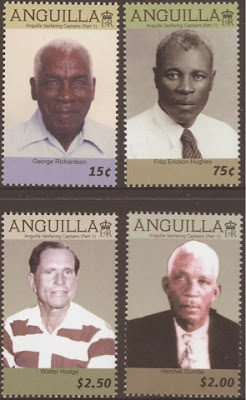 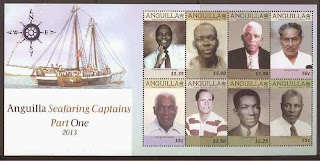 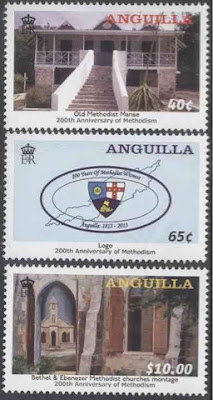 So, 3 excellent sets of stamps which are totally relevant to Anguilla and as such are very interesting and highly collectable and no Elvis Presley, Marilyn Monroe or Parrots of the World stamps in sight.
The Bombay Philatelic Inc. site also features a new $1 Trinidad And Tobago surcharge which is the $2.50 bird definitive depicting a Bay headed tanager, with 1990 imprint. Again, I have not seen this stamp mentioned anywhere else before and so I do not yet know the date of issue:- 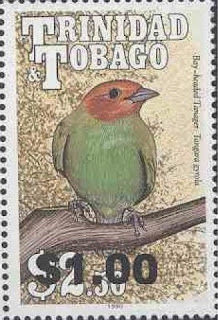 In Blog 393 I detailed some new issues from St. Kitts and among other things, complained that a sheetlet of 6 stamps was being issued for the territory on the subject of hummingbirds but none of the featured species occur in the islands while the 3 that are found there are not depicted on the stamps! The Bombay Philatelics Inc. site features yet more recent issues from St. Kitts - 1 sheetlet of 4 stamps and 1 accompanying miniature sheet on the subject of "Marine mammals of the Caribbean" - according to Wikipedia, only 2 cetacean species are found in St. Kitts waters - Fraser's dolphin and Risso's dolphin - and yes, you've guessed it - none of the depicted marine mammals featured on the 4 stamps is either of those 2 species. However - good news - the West Indian manatee which appears on the $9 stamp of the miniature sheet is actually a St. Kitts species so anyone buying the miniature sheet will be actually obtaining a locally relevant stamp though whether or not it will be on sale in St. Kitts for use on ordinary mail is another question altogether:- 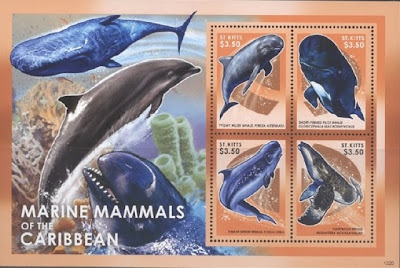 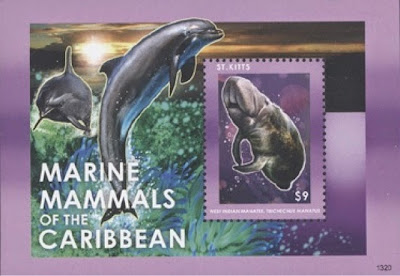 Also listed by Bombay Philatelic Inc is a sheetlet of 5 different stamps and 1 accompanying miniature sheet which depict "Orchids" (issued 26 August 2013) - whether or not they are locally occurring species I can not say:- 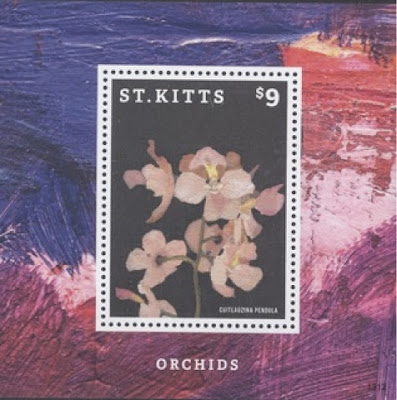 Everywhere, it seems, stamp collectors as well as mail senders are having to face a rise in postage rates - I have recently shown new stamps associated with increased prices in Britain, Australia, Canada and even Guyana, and on 7 May 2014, New Zealand will join this list with an array of new stamps in new values to meet the needs of increased postage rates. Four new gummed stamps and 2 self-adhesive stamps from booklets of 10 will be released and will depict New Zealand scenery:- 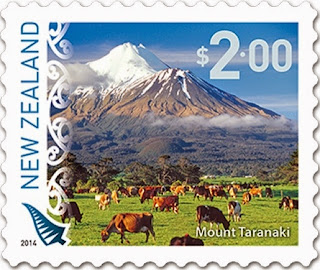 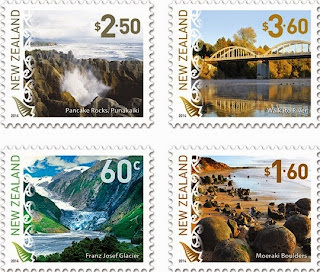 On the same date, 2 gummed stamps (80c and $2.50) will be released in the now familiar "All Blacks" designs and it is also apparently necessary to issue a miniature sheet to accompany this pair which includes 2 of each value:- 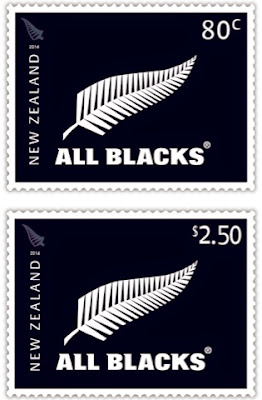 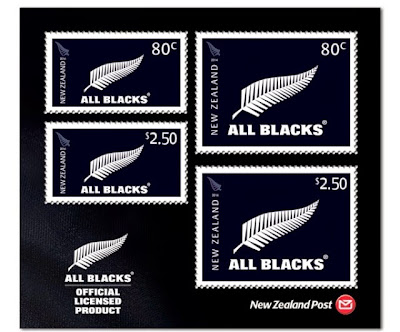 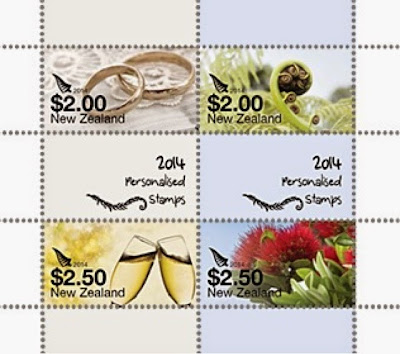 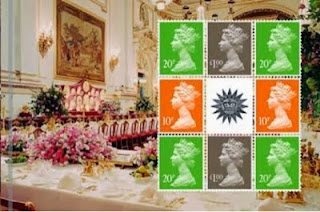