The year is full of historically important anniversaries in The Republic Of Ireland as the countdown towards the centenary of the 1916 Easter Uprising against British rule moves on. We have already had a number of stamp issues which have been released in the past few months marking anniversaries of events which signposted the way to the uprising and another single stamp was issued on 17 April  2014 to commemorate the centenary of the founding of the Irish Citizen Army. The Irish Citizen Army was a trained group of trade union volunteers which was raised in Dublin in 1913 during The Lockout, a strike of the Irish Transport And General Workers Union which was characterised by vicious rioting against the Dublin Metropolitan Police. Stamps were issued in 2013 to commemorate The Lockout - see Blog 295.
Jack White (who appeared on the ICA commemorative stamp which was to have been issued earlier this year but which was not issued because the design included a possibly incorrect portrait of White - see Blog 366) was the co-founder of the ICA with James Larkin, founding the organisation to fight against the police. Eventually members of the ICA played prominent roles in the Uprising and subsequent Irish civil war.
The stamp was designed by Ger Garland and lithographed by Irish Security Stamp Printers. The redesigned stamp uses the same photograph as the original design but now no longer has the portrait of Jack White incorporated in it - presumably experts can not agree about whether or not the portrait of White is the correct one. How interesting; as I've observed before stamp design is fraught with dangers particularly when the subject strays into the area of politics even if it's politics that is 100 years old. 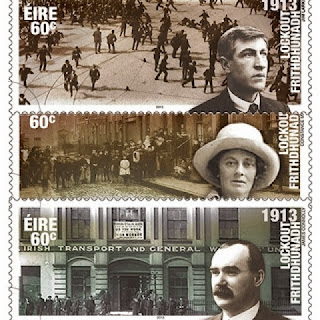 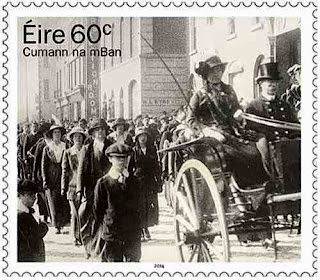 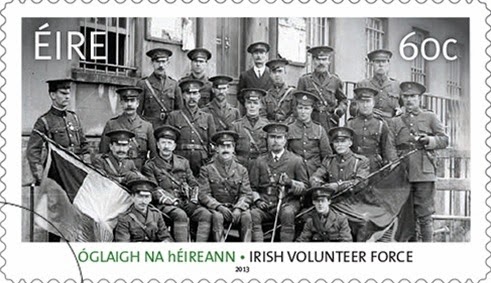 Another 36 "stamps" and 9 miniature sheets are said to have been issued by Solomon Islands, this time on 29 November 2013. The stamps are produced as usual in sheetlets of 4 different stamps which with an accompanying miniature sheet illustrate one of 9 different subjects, many of which have no relevance at all to The Solomon Islands.
I have not seen yet any evidence that these issues produced in Lithuania are being sold for usage on ordinary mail in Solomon Islands. The diverse subjects featured on these items are:- Henri Matisse (French painter), Cricket, Eugene Boudin (French artist), Fishing, The late Pope John Paul II, Georges Braque (French painter), Hector Berlioz (French music composer), Australian art and Foreign trains.
This brings the total of stamps "issued" by Solomon Islands during 2013 to 541 stamps and 121 miniature sheets making a grand total of 662 items which is 3 ahead of Mozambique with its total of 538 stamps and 121 miniature sheets (grand total of 659 items). So, unless there are even more highly desirable philatelic items yet to be announced as having been issued by Mozambique during 2013, Solomon Islands is set to depose Mozambique as the greediest philatelic territory in The Commonwealth for 2013.
The Lithuanian philatelic agency which produces stamps for the above 2 Commonwealth countries as well as Uganda and Maldive Islands seems to have unloaded on to the philatelic market during 2013, for these 4 countries, a total of 1315 "stamps" and 301 miniature sheets totalling 1616 items but not including any imperforates or special variations. I'm sure Commonwealth collectors all over the world will be grateful for their contribution to philately during 2013 (or not as the case may be). 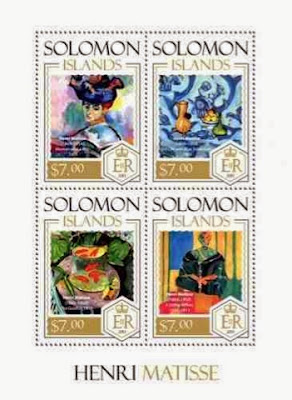 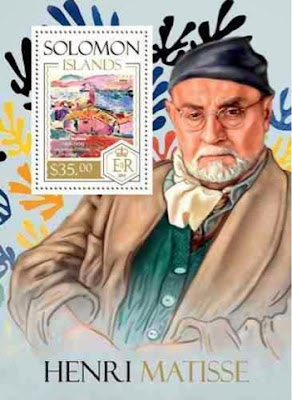 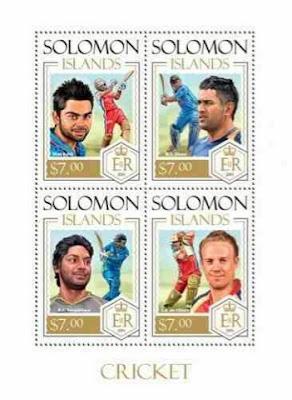 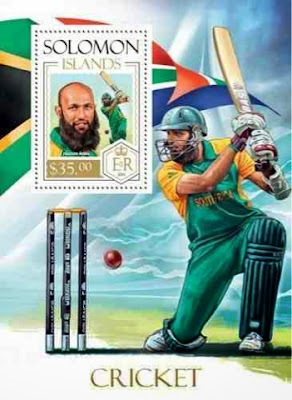