Postal services in various parts of The Commonwealth have had a busy time recently producing stamps to address the increase in postal rates in which many of them have indulged. Canada Post had a busy day on 31 March 2014 when it released a number of new definitives in the new postal rates and the consequences of its activity are detailed below:-

"Permanent" value stamps - 5 different self-adhesive stamps produced in booklets of 10 (2 of each design) on the subject of Canadian UNESCO World Heritage Sites. The stamps were designed by Lime Design and lithographed by the Canadian Bank Note Company:- 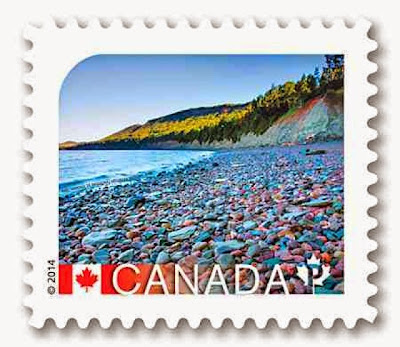 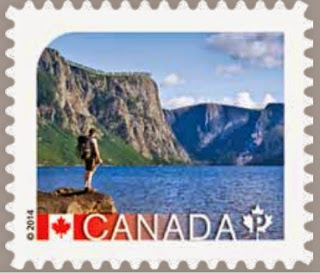 22c stamp (part of the insects series) depicting a Monarch butterfly. The stamp was designed by Keith Martin and lithographed by the Canadian Bank Note Company. The stamp is gummed and printed in sheets of fifty:- 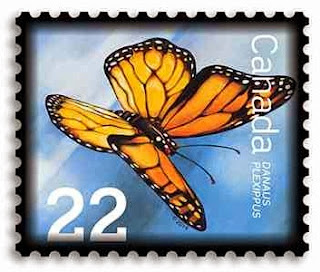 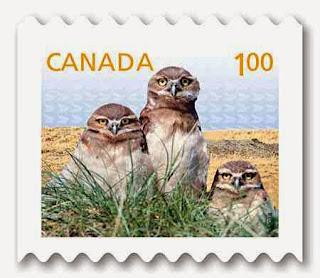 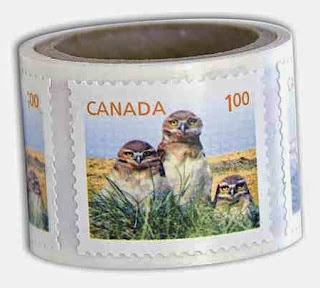 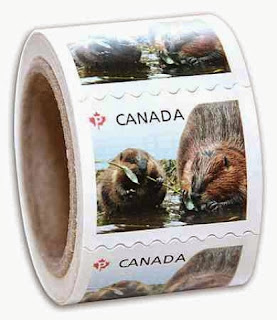 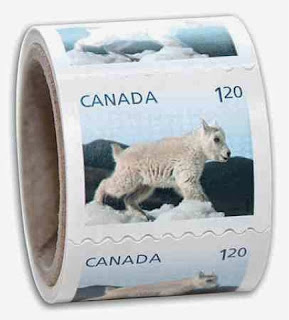 and self-adhesive in booklets of 6 stamps:- 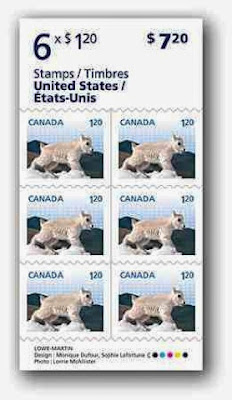 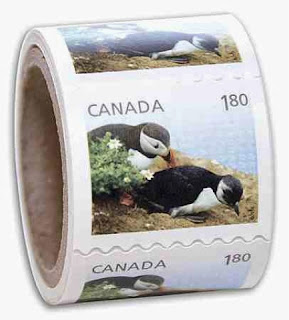 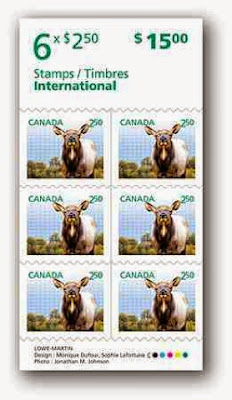 and self-adhesive in coil format:- 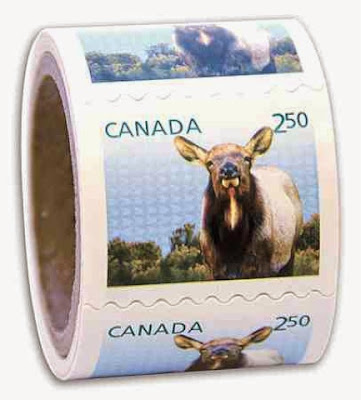 Miniature sheet of all 5 designs printed on gummed paper:- 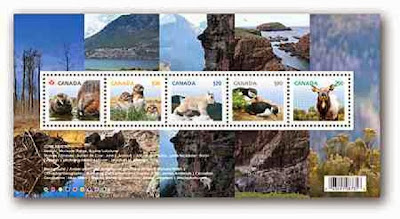 Although I myself have now given up collecting British Post And Go stamps which have limited availability to the public - Postal Museum and Exhibition souvenirs - I record here that as a result of the recent postal rate changes there are now 4 more British Postal Museum And Archives Post And Go labels for enthusiasts to buy for their collection - both the Machin Head and Union Jack stamps are now produced in the Europe and Worldwide up to 60g rates. The Machin Head labels have the MA13 date codes but the Union Jack types have no date code:- 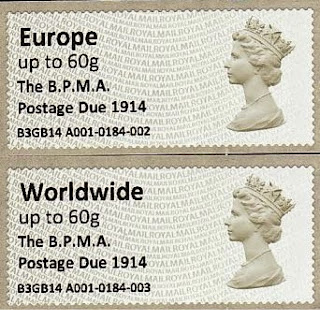 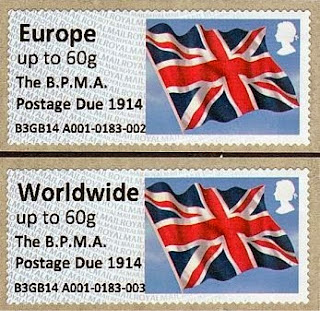 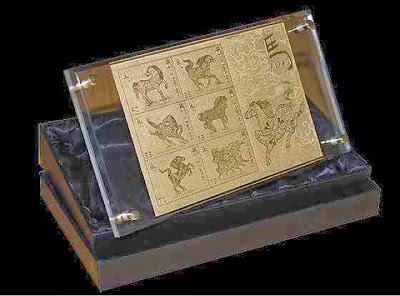 This item is being sold by Guernsey Post as a "collectable" and is a 24 carat gold foil version of the 2014 Lunar New Year miniature sheet, an event apparently of great significance to this small island situated off the coast of France (the distance from Guernsey to Beijing is actually 5232 miles) although it is not known for having a large Chinese population. The cost includes the acrylic display stand in which it is encased as well as the worldwide postage.
I do not know whether these miniature sheets are supposed to be postage stamps (presumably one would have to be a little deranged to pay so much for an item and then separate the stamps and use them on one's mail) or whether they are sold as a financial investment (I wonder what is the actual weight of gold in these items - Guernsey Post tell us the dimensions of the sheet but not the weight of gold used in their production). Clearly if they're not postage stamps they are not of interest to stamp collectors who like to spend their money on, er, postage stamps. So if stamp collectors and gold investors won't buy them, who will?
Guernsey Post claims that the sheets are produced in a limited edition but as limited editions go the total is not all that limited - 1000 are being produced. It may be that Guernsey Post is aiming the item at the Chinese market with the thought that collectors in that far away country have so much money to spare that they will buy anything. I wonder how correct this marketing strategy is.
Of course if all 1000 are sold then Guernsey Post will have shifted £103,000 worth of goods which is pretty good going I should think. Personally though, I just can't think why anyone would spend so much money on these items and one thing is for sure - they really do not have a place in a collection of postage stamps.
Australia Post also issues expensive gold foil Chinese New Year miniature sheets in acrylic display stands and they have no more legitimacy as postage stamps than the above Guernsey product (see Blog of  22 January 2012). Australia Post also regularly issues sheetlets in special packs, such as the Dr. Who pack which was featured in Blog 320, and I see that a recent product in that range is a pack on the subject of the popular musical performers, One Direction, which, like Dr. Who, have no connections with Australia but are apparently performing in a world tour which will take in Australia in September 2014. Presumably this product is aimed at teenage girls, not a constituency known to be avid stamp collectors as far as I know. This product takes the same format as the Dr. Who pack and consists of 2 different sheetlets of Greetings stamps with labels depicting various members of this music ensemble. I expect that anyone who has young women in their family will have a source to hand who can inform them of the names of the young men featured on these labels:- 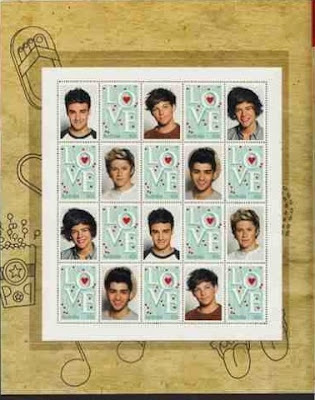 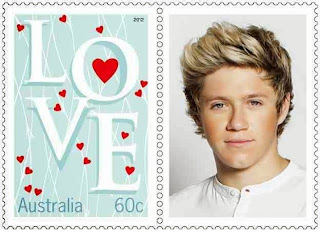