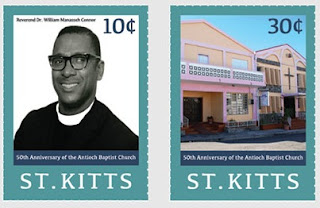 The tidal wave of new stamp issues from Commonwealth countries continues and of the items mentioned in this particular blog I feel no need to buy any apart from the first mentioned pair from St. Kitts which is about the only set which has a direct relevance to the country whose name appears on the stamps. The set was issued on 3 June 2013 and commemorates the 50th anniversary of Antioch Baptist Church in St. Kitts. A worthy little pair of low face values which means that they really have been issued to use on mail rather than to extract money from stamp collectors. Everything else below falls into the second category but I have to admit that there are one or two interesting items among them and first and foremost are the 2 sheetlets which were issued in the name of Nevis on 3 April 2013 and which commemorate the centenary of the first crossword puzzle. I am not sure why this anniversary is of so particular an importance to Nevis that it needs to issue 18 different stamps to commemorate it but the 2 sheetlets, each of 9 different stamps, each make up a complete crossword puzzle and I think that this is the first time a crossword together with clues has appeared on a set of stamps so congratulations to Nevis' philatelic agents for ingenuity:- 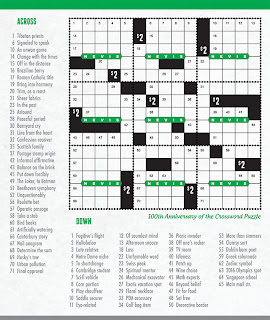 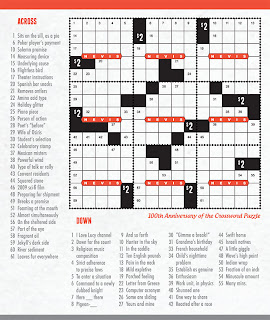 Other recent new issues from Nevis are a set of 4 stamps and a miniature sheet issued on 25 April 2013 to commemorate the United Nations Radio Day and a single "gold" stamp issued on 8 July 2013 which commemorates the late Elvis Presley, an American singer:- 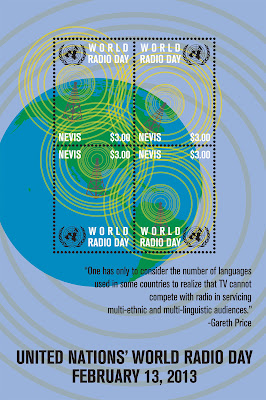 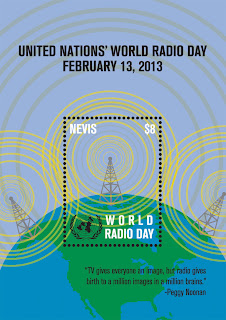 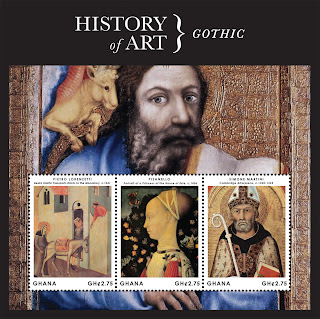 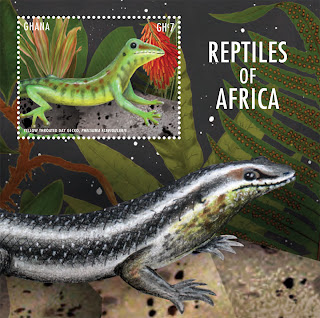 Grenada:- 29 April 2013 (mentioned before but now illustrated and date of issue given):-  29 April 2013:- "Ancient Rome" (sheetlet of 6 different stamps and 1 m.s.). I have no idea why Grenada should issue a set of stamps depicting ancient Rome:- 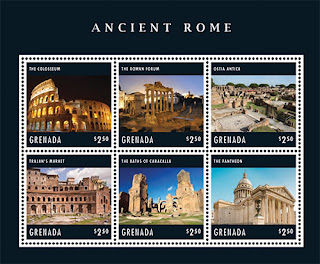 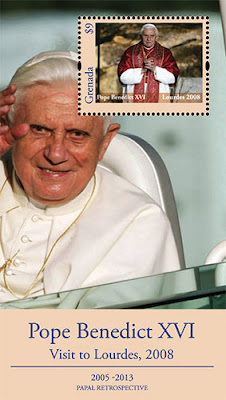 And finally, to our old friend, the philatelic agency Stamperija, which has announced its latest issue for  Uganda. A set of 40 stamps (issued as 10 sheetlets each containing 4 different stamps) and 10 miniature sheets was said to have been issued on 8 July 2013 on the subject of "Endangered and Vulnerable Species of the World/Famous Peoples of African Origin, there being 10 subsets each of a sheetlet and m.s. on the following subjects:-
African Hunting Dog:- 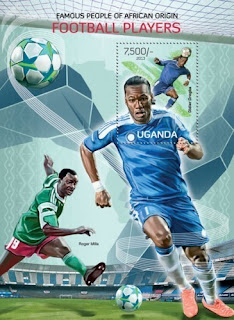 and Serena and Venus Williams, US tennis players:-