267. New Issues From Pakistan And The Pacific. 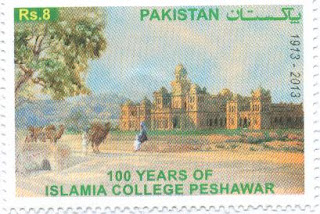 From the excellent Pakistan Post office philatelic website comes news of the most recent issues from that country -
30 May 2013  Centenary of Islamia College in Peshawar (1 value) - depicted above;
6 June 2013  Shafiq Ur Rahman (Men of Letters series) (1 value) - depicted below: 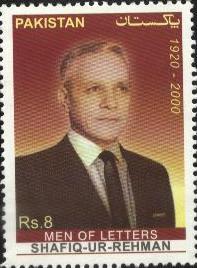 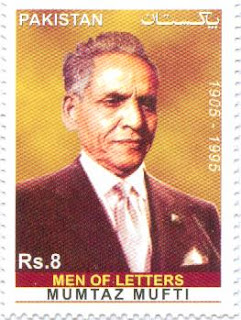 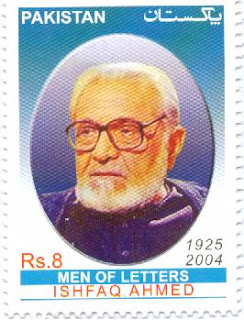 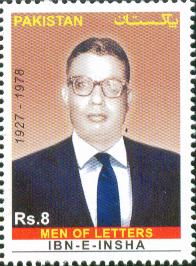 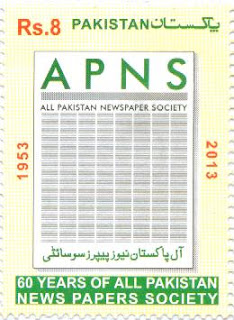 As usual with Pakistan's stamps, the designs of these stamps are not the most interesting that can be produced nor the printing of the highest quality but these are true stamps produced by the postal administration of a populous country in face values which indicate that they are primarily intended to be used on mail as well as commemorating distinguished Pakistan citizens and significant local events and anniversaries. Three cheers for the Pakistan Post Office!
From one of the largest of The Commonwealth's territories to just about its smallest - Pitcairn - and news of an item to commemorate the 60th anniversary of the Coronation of Queen Elizabeth II. A miniature sheet will be issued on 11 July 2013 which contains 2 identical $6 stamps which feature a portait of The Queen in the style of jasperware pottery made by companies such as that of the world famous Wedgewood of Stoke-on-Trent. A pleasing and original design by Denise Durkin with printing carried out in lithography and embossing by Southern Colour Print:- 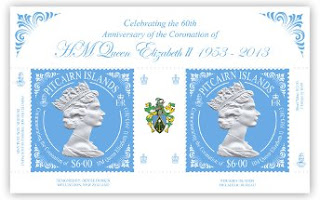 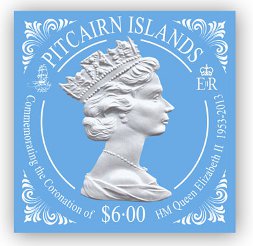 Australia Post issued 5 gummed stamps from ordinary sheets and 5 self-adhesive stamps  from booklets plus a gummed miniature sheet on 2 July 2013 on the subject of "The road trip", this being the second such issue with that title. Presumably Australia Post thought the designs were witty or amusing or something along those lines. The designs are by Gavin Ryan and the lithographic printing was by McKellar Renown. It is worth noting that Australia Post's latest little dodge to extract money from stamp collectors is to no longer issue the complete self-adhesive set in one booklet of 10 x 60c stamps (cost $6) but to now produce them with 2 of the designs in a $6 booklet and the other 3 designs in a $12 booklet so that to obtain the complete set both booklets must be bought for a total price of $18! Do they think we're mad? I guess they do. 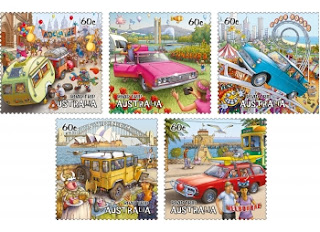 From Norfolk Island, a set of 5 stamps which was issued on 20 May 2013 which commemorated the holding of the Norfolk Island Country Music Festival. The stamps were designed by Robin Nisbet and lithographed by Southern Colour Print:- 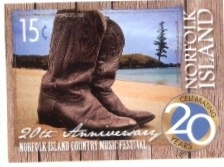 Finally, the latest issue from Tuvalu, a sheetlet of 6 different stamps and an accompanying miniature sheet, to commemorate the 65th anniversary of the World Health Organisation was released on 25 June 2013.  As so often happens, the designer working for the New York-based philatelic agency which produces philatelic items for Tuvalu, does not appear to have made any effort to link this questionable anniversary (65th - why is that so important that it requires a stamp issue?) to Tuvalu - there is nothing in the designs which links WHO to Tuvalu, not even the maps featured on the stamps depict the area of the world where Tuvalu is located! This set will do nothing to add interest to my Tuvalu collection so I certainly won't be obtaining it. 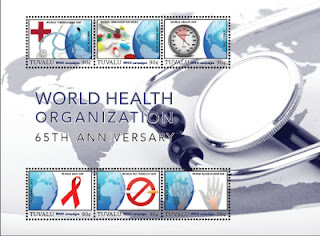 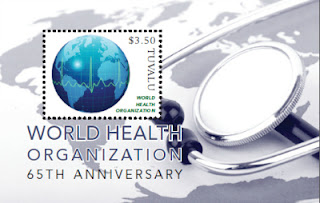