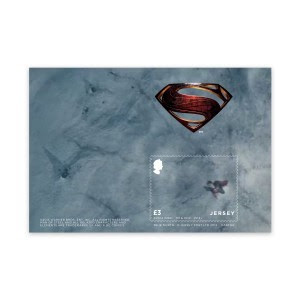 Jersey strikes again! It's a long way from Metropolis to the English Channel but Jersey Post Office has found a reason to issue a set of 6 stamps and 1 miniature sheet to commemorate the release of the new Superman movie. Henry Cavill, the 30 year old actor who plays the eponymous hero, was born on the island of Jersey and this fact provides the Jersey Post Office with a perfect excuse to feature the All-American hero on the new set, though one doubts that Superman has yet paid a visit to the small island. Perhaps DC Comics, which publishes the comic, will produce an edition which features such a visit and give some publicity to Jersey's tourist trade as Jersey is giving publicity to the movie. No doubt Jersey Post hopes that Superman will sell as many stamps for them as Dr Who has done for Royal Mail. The date of issue for the new stamps is 7 June 2013:- 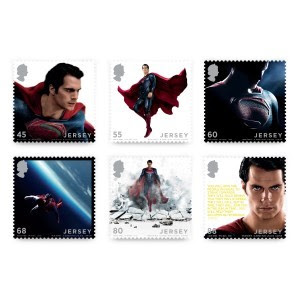 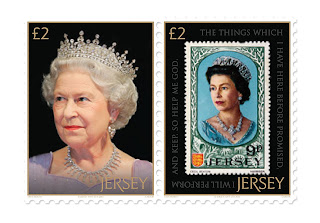 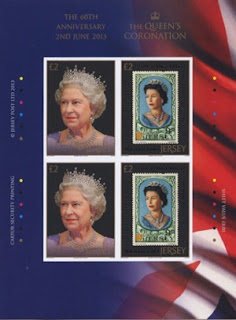 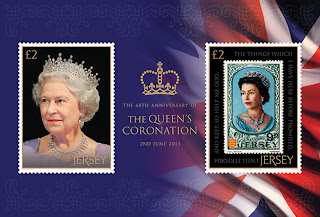 Papua New Guinea's latest stamp issue was released on 8 May 2013 and consisted of 4 stamps, a sheetlet of 4 different stamps and a miniature sheet containing a single stamp, all on the subject of orchids:-

Philatelic Collector Inc. has announced a large number of issues it is producing for Samoa, Cook Islands and Tonga. Samoa has had 12 definitive stamps produced on its behalf and released on 29 May 2013. The designs feature 12 different species of birds and bats which are described as "endangered" and have been spotted at least once in the islands. Interestingly, no sheetlet which combines all 12 stamps has been announced yet. The designs are by Maria Karchevskaya:- 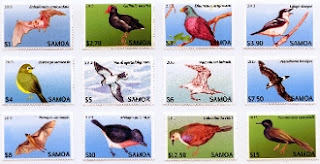 From The Cook Islands come 12 stamps and 1 miniature sheet which depict sailing vessels of the South Pacific area although I guess that they do not all originate in the Cook Islands which gives me an excuse not to spend my money on these items as I only buy stamps with strict local relevance from this territory:- 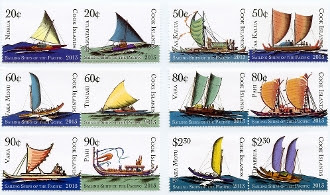 The "resized" definitives were reissued on 9 April 2013 with 40c surcharges applied to them:-

and 6 stamps appeared on 31 May 2013 which depict "Global wildlife"; one value, for instance depicts African elephants which seem to be a rather silly subject for a small South Pacific islands state to feature on its postage stamps:-

Another set of definitive stamps has been produced which is inscribed "Aitutaki Cook Islands" consisting of 12 stamps which feature whales, dolphins and ships. These stamps, along with a sheetlet which contains all 12 values thus doubling the cost of the issue, were released on 5 June 2013, which is less than 12 months since the previous definitive set was released (another 12 stamps and a sheetlet combining them all which also depicted whales, issued 22 June 2012). This raises the question of how definitive is a definitive?:- 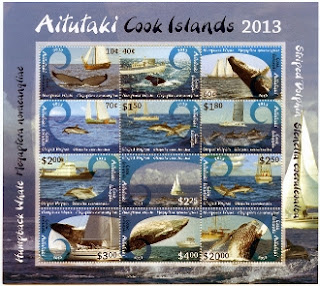 Tonga too has benefitted from an outpouring of new issues:-
4 June 2013:- The Blowhole, a tourist sight in Tonga - 1 sheetlet of 6 different stamps:- 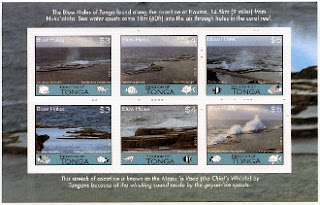 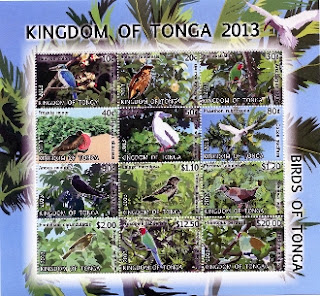 10 May 2013:- "Australia 2013" Philatelic Exhibition:- 1 souvenir sheet of 3 different stamps depicting Australian wildlife.
Perhaps one of the daftest subjects I have ever seen put forward as a reason to issue a stamp by a little island in the West Indies is that which is being used for the latest set of 4 stamps and 1 miniature sheet from Montserrat - the 400th anniversary of the burning down of William Shakespeare's Globe Theatre in London. This issue is ridiculous for so many reasons and will not appear in my collection:- 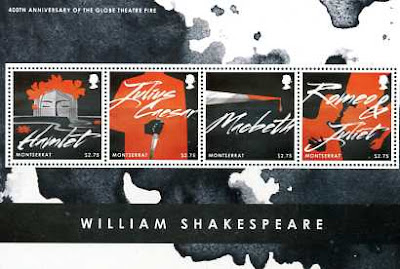 Just for the record, the latest philatelic items to be produced by the Lithuanian philatelic agency, Stamperija, with the name of Mozambique printed on them are said to have been issued on 20 February 2013 under the intriguing title "Part 1". The product consists of 15 sheetlets each containing 4 different philatelic items and 15 miniature sheets, each sheetlet and associated m.s. being dedicated to a different subject which are, as usual, various and all irrelevant to Mozambique itself:- Japanese fast trains, Chinese new year, Unmanned aircraft, Medieval ships, World War II submarines, World War II tanks, Table tennis, Rugby, Reef fish, Impressionist painters, 125th Birth anniversary of the artist Marc Chagall, Christmas paintings, 50th death anniversary of physicist Niels Bohr, 2012 Nobel Prize winners and 230th anniversary of the birth of Italian music composer Niccolo Paganini. I wonder if philatelic items will be produced by Stamperija to commemorate the burning of The Globe Theatre as well!