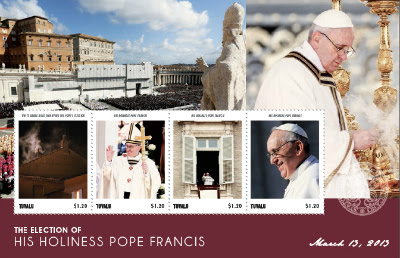 If Wikipedia is to be believed, only 1% of the 10000 inhabitants of Tuvalu adhere to the Catholic religion - just 100 people or so - and yet its New York-based philatelic agency has prepared a sheetlet of 4 stamps and a single "gold" stamp to commemorate the election of the new Pope, Francis. The stamps were issued on 3 June 2013 and an official at the Tuvalu Philatelic Bureau at the end of 2012 acknowledged that the Tuvalu Post Office did not have sufficient money to be able to produce new stamps itself so it relied on its agents to supply it with new issues and Tuvalu really therefore has little or no say in what subjects are depicted on these philatelic items which bear the country's name. Presumably, native Tuvaluans would like to see a set of stamps which commemorate the Church of Tuvalu, which is the most adhered to religion in the islands. Meanwhile the 100 people on Tuvalu to whom the election of a new pope is of great importance will be pleased to see what the New York-based agents have produced to commemorate the papal election. 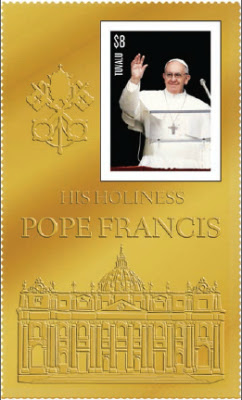 Also issued on 3 June 2013 was a sheetlet of 5 stamps which depict "Pacific seashells" though whether or not they can all be collected on the beaches of Tuvalu itself is not made at all clear. 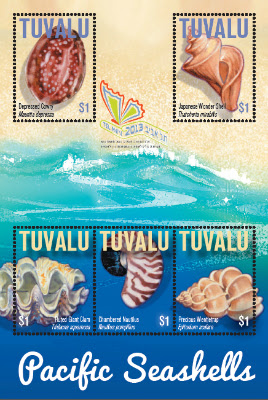 Previously featured, but worth mentioning again, is the set of 4 stamps issued by South Georgia And The South Sandwich Islands which was released on 4 June 2013 and was titled "Star Trails". This is a simple but lovely set which depicts the movement of stars over the barren scenery of South Georgia and the excellent designs contrast spectacularly with the dull and unattractive sheetlet of 6 stamps and single-stamp miniature sheet produced in the name of Antigua And Barbuda which are also on a star-related theme, this time "Constellations", The date of issue of the Antigua sheetlet is not yet known (see below):- 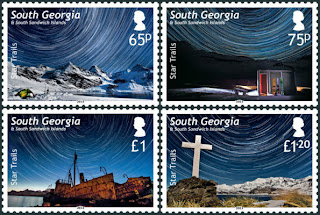 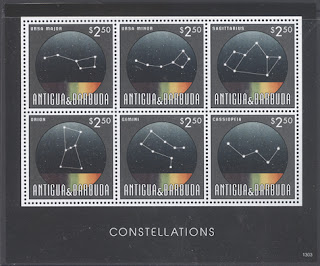 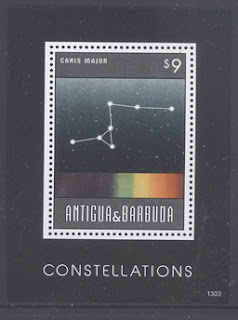 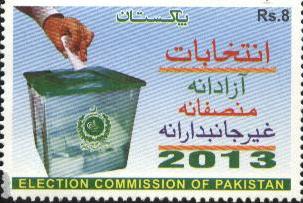 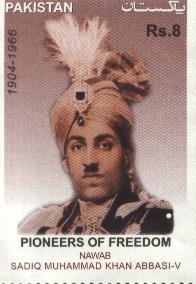 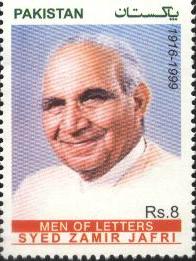