Is Mauritius Attempting To Issue The Most Boring Stamps In The Commonwealth?

Very few modern Commonwealth postal authorities adopt as conservative an approach to new stamp issues as Mauritius does. All stamps that appear have local relevance and if they commemorate an internationally important anniversary or event, the designs usually feature subjects which are directly relevant to the island. The stamps are of modest face value which can be used on real mail by members of the general public and sets usually consist of 4 stamps and no more with the release of a miniature sheet being an unusual event. Top marks to the Mauritius Post Office except.....why are so many recent designs so unimaginative and downright dull? Four stamps were issued on 4 April 2012 to commemorate "Law Day" and among them was possibly the most uninteresting design of the year so far - the Rs20 value featured a hand and a gavel and nothing much else. 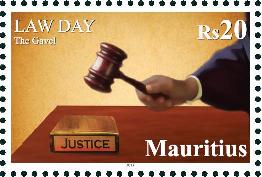 This followed on from possibly the most boring stamp design of 2011 which appeared when Mauritius issued a set of 4 stamps on 19 December which commemorated the Mauritius tea industry - the Rs25 value depicted a hand (again) pouring boiling water from a kettle into a teapot. At least you could say that the design was a little steamy! 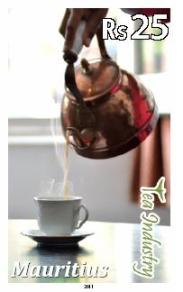 Almost as dull was the Rs15 value's design from the same set which featured, er, teabags! 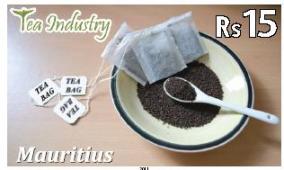 It is also very hard to enthuse about the design of the "events and anniversaries"set of 4 stamps which was issued on 30 June 2011 which featured  a black and white photograph of the Medine Sugar Factory:- 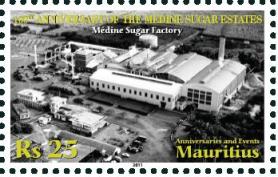 and to come back to the 2012 Law Day set, the photograph featured on the Rs15 value of a former Mauritius Chief Justice isn't going to make you rush out to your stamp dealer with an unquenchable need to add the stamp to your collection:- 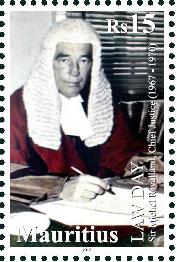 Since the Law Day set, Mauritius has issued 2 further sets of stamps during 2012 - 4 stamps and a miniature sheet on 25 June which commemorate the centenary of the Mauritius Turf Club and which, because they feature the subject of horse racing, are actually a little more interesting and, back in the doldrums, 4 stamps which commemorate the Customs Department. Mauritius' conservative new issue policy deserves much praise but perhaps the designs themselves do not need to be quite so conservative. Perhaps the designer of all the above stamps, Nitish Peechen, could be a little more adventurous with future designs.