As the Paralympic Games approached its last couple of days it became clear that there would be a final total of more than thirty miniature sheets issued by Royal Mail to commemorate the British gold medal winners in the Games. At a cost of £1.20 each this adds another £36 approximately to the £100+ that collectors needed to spend on a straightforward collection of the 29 Olympic gold medallist miniature sheets which Royal Mail has already issued. And, of course for the obsessional completist, there are 6 different printer versions of the paralympic medalist sheets as there were for the Olympic medallist stamps. The 4 stamps below were issued on 8 September 2012 with the winners being identified on the stamps along with the event in which they participated. What a relief that it is all drawing to a close. I do hope that Royal Mail resolves never to repeat this exercise in any future Olympic Games and let us hope that they do not think that it is a good idea to issue gold medal winner stamps for the Commonwealth Games which are to be held in Glasgow in 2 years time.. 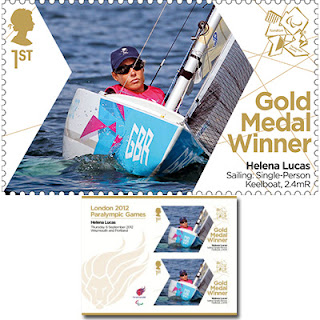 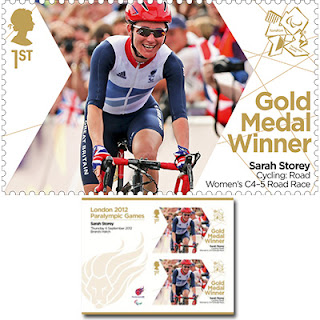 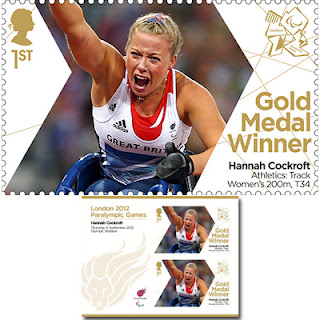 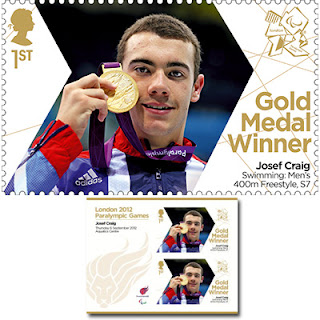