Hobbits And Beetles And Mutineers. 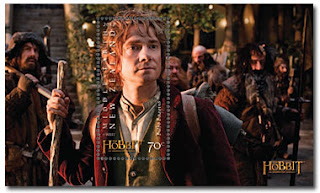 New Zealand Post has announced that it will make a stamp issue on 1 November 2012 to commemorate the release of the film "The Hobbit An Unexpected Journey" which will take place on 14 December 2012. The movie was filmed in New Zealand, making use of the country's scenery just as had been done with the three films of "The Lord Of The Rings". In its announcement, New Zealand Post quite reasonably credits the people involved in the making of the movie but very much gives the impression that the country is the home of the story. There is no mention whatsoever of JRR Tolkein, the Englishman who wrote the book and who based many of the original sites in which the action of The Hobbit and The Lord Of The Rings took place on the countryside of the English midlands where he was born and lived. New Zealand Post really needs to know that The Hobbit is a not a New Zealand story but a truly English one and you can adopt something but you will never be its true father, no matter how much money you make out of films about it.

It's also quite a mystery to me how the films' producers are managing to make 3 movies from a relatively short book (at least The Lord Of The Rings was three books) and you cannot help but think the movies will be a little slow at times. No matter, we are no doubt in for a steady flow of "Hobbit" stamps over the coming couple of years until the third film has been released. Meanwhile, the Tuvaluan Post Office has released its new stamps (on 5 September 2012, dependent on their arrival there from Fiji). Pleasingly, one set has a local theme - beetles of Tuvalu. What a lot of insects stamps have been issued this year from Commonwealth countries. The issue takes the form of a sheetlet of 4 stamps along with a miniature sheet containing 1 stamp:- 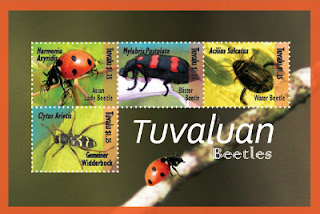 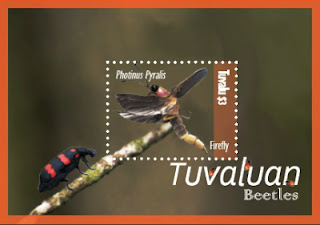 Less welcome is an issue released on the same date which depicts paintings by Raphael and which seems to have no connection whatsoever with Tuvalu:- 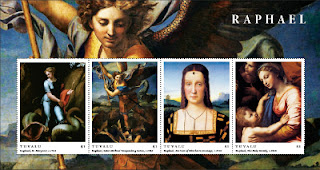 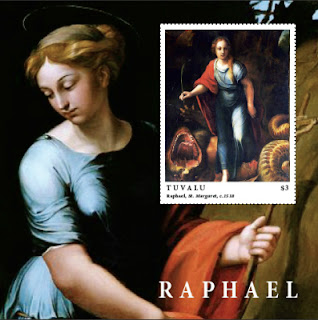 From elsewhere in the Pacific area is a set of 4 and a miniature sheet depicting the "romantic Bounty" which was issued on 21 July 2012. Presumably the ship appeared rather less romantic when the mutineers were setting its captain adrift before sailing away and landing and settling on Pitcairn Island. 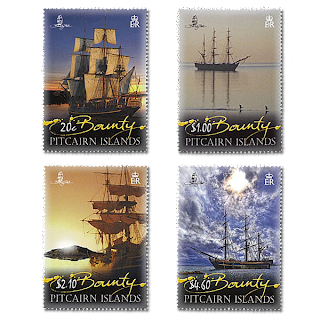 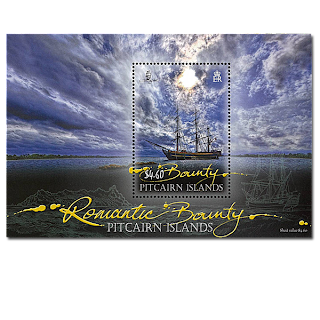