Royal Mail's programme for Paralympic gold medallist issues has not gone according to plan because of the need to obtain the various Paralympians' permission to include their portrait on the stamps before they can be put on sale. Hence, not all of the gold medallists who were successful on Sunday 2 September appeared on stamps which were issued on 3 September when 7 miniature sheets were issued. Two composite sheets of 8 miniature sheets were released on 3 September, the first being numbered PGMWC and consisting of 2 horizontal pairs of 4 different miniature sheets which were therefore vertically se-tenant. The featured athletes were:- Mark Colbourne (PGMWC1), Hannah Cockcroft (PGMWC2), Neil Fachie and Barnie Storey (PGMWC3) and Richard Whitehead (PGMW4) - for illustrations see previous blog. The second sheet, PGMWD, has Natasha Baker (PGMWD1) as the top pair of miniature sheets above a pair illustrating Sarah Storey (PGMWD2) with 4 Ellie Simmonds  stamps (PGMWD3) at the bottom. Hence there are twice as many Ellie Simmonds stamps as the other stamps which were issued on that date. Clearly some stamps are therefore rarer than others. Upcoming designs have been released and feature the Rowing mixed coxed four LTAMIX4+ team:- 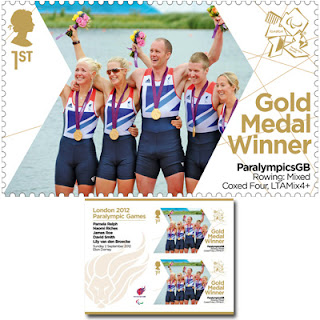 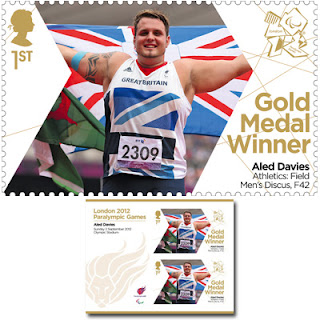 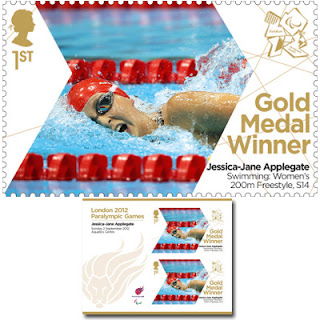 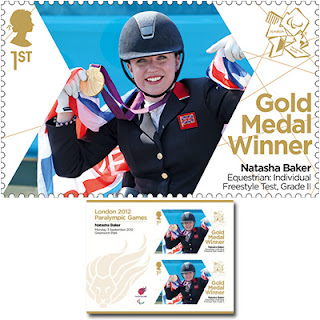 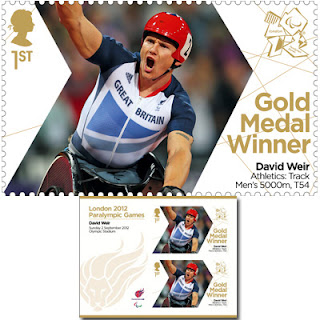 and Ellie Simmons with her 2nd gold medal of the Games, this time in the Swimming women's 200m individual medley SM6:- 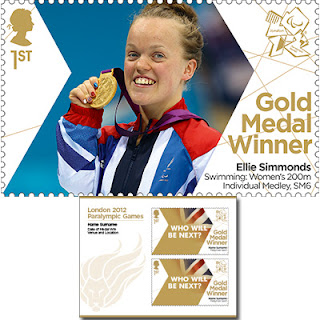