Two new South Sudan stamps are on offer from a Chinese seller on E Bay which are, once more, clearly produced in The People's Republic Of China, as were the two stamps produced for South Sudan last year. Perhaps these two are another gift from the Chinese government to South Sudan as last year's stamps were, perhaps compensating for the fact that a third value could not be issued because the designer had wrongly depicted the South Sudan coat of arms on the stamp. 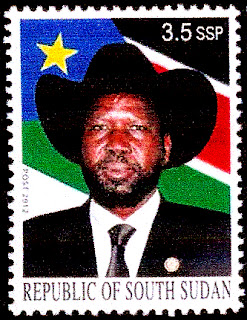 The 3.5SSP value depicts the first and current president of South Sudan, Salve Kiir Mayardit, wearing the cowboy hat in which he is usually seen in public. President Kiir was born on 13 September 1951 and was the head of the SPLA, the military wing of the SPLM, which fought the Second Sudanese Civil War against the government of Khartoum. When the leader of the SPLM, John Garang (featured on one of the stamps of 2011), was killed in a helicopter crash on 30 July 2005, Kiir succeeded him as President of Southern Sudan and First Vice President of Sudan. When South Sudan became fully independent on 9 July 2011, President Kiir became the first head of state of the new country. 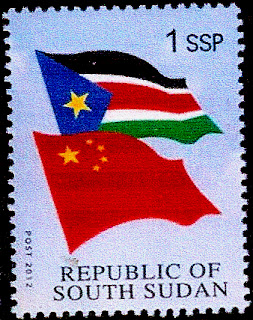 The 1SSP value depicts the flags of The People's Republic Of China and South Sudan flying beside each other and cleverly emphasises the links between the 2 countries which lie behind the production of these stamps. With 12 hours to go the pair of stamps have reached a bid of about $62. It is interesting that, like the first set, these stamps are most easily obtainable from China but at a price. I expect that they will become more easily obtainable and hopefully at a lower price over the next few weeks so I would not rush to bid on these early specimens that come on the market. Currently, someone is making a fortune on them. Meanwhile, China has also produced a miniature sheet for Guyana to mark the 40th anniversary of diplomatic relations between the 2 countries. These are available at normal new issue prices through regular dealers.

Bangladesh released a number of items on 14 June 2012 to commemorate the "Indonesia 2012 World Stamp Championship and Exhibition". There is a miniature sheet of 4 stamps which depicts birds of Bangladesh, 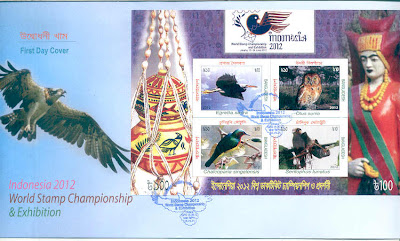 a miniature sheet of 2 stamps which depict two endangered species of animals of Bangladesh, 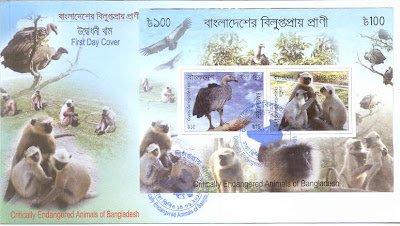 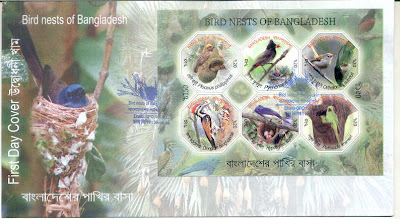 and a sheetlet of 12 stamps (4 sets of 4 different designs) which depict local butterflies:- 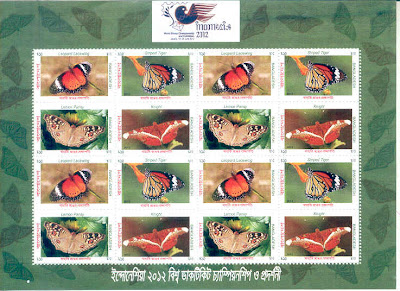