A report in The Daily Telegraph of 7th July 2011 has clarified just what Royal Mail are doing with the Paralympic gold medalists miniature sheet which is designed to show every British gold medal winner at the Games. With approximately 50 gold medal winners likely they are not going to present collectors with a sheet for each winner as they intend to do with the winners at the preceding Olympic Games but to take photographs of groups of Paralympic winners. A merciful release for collectors then who will only have to buy one miniature sheet instead of 40 or 50. A good solution I think. I have recently obtained the new Ghana definitive stamps, which I have previously mentioned, and now illustrate all 10 values below. They were issued on 28 February 2012 and printed in lithography by Enschede. 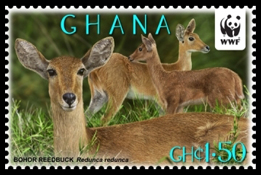 Also just arrived are some more Nigerian items from 2012. There is a miniature sheet for the Phila Africa philatelic exhibition, previously mentioned, held between the 31 January and 3 February 2012 at Abuja. Rather late, like Ghana, Nigeria has sent out a set of 3 stamps for the 2010 Football World Cup, I do not know when they were issued although the imprint on the stamps says 2009. 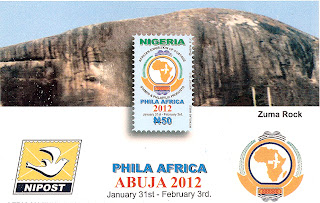 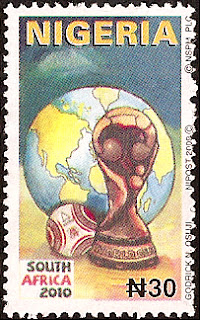 There is also a further miniature sheet which appears to have accompanied the set issued on 30 March 2011 on the theme of the province of Benue. Both the Benue and the Phila Africa sheets are imperforate. 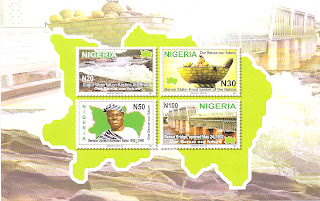 Finally, to Sri Lanka. The Sri Lankan Post Office's philatelic website is chaotic but I have gleaned some information from it of the country's issues so far in 2012.  The issues which it mentions and sometimes gives the date of issue of, and occasionally illustrates, are as follows:- Guardstoneat Rathanaprasadeya; 21 March 2012, Legends of Sri Lankan cinema, 6 stamps and a miniature sheet which combines all values; 10 March, Peony stamp; 20 March, Sustainable energy; 1 April, 50th anniversary of the Asia-Pacific Postal Union:- 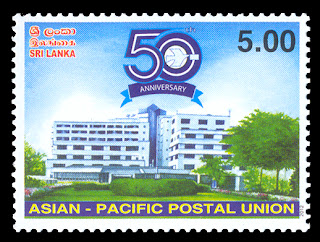 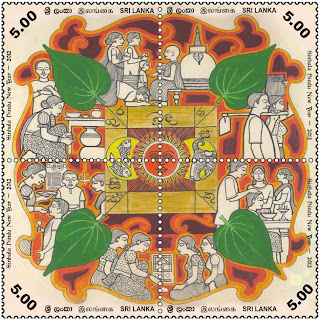