542. Not So Much Jam And Jerusalem As Jaffa Cakes And The Smell Of Roses.

After a recent promotion by Isle Of Man Stamps which involved the offer of some Jaffa Cakes (orange-flavoured biscuits) (see Blog 538) to the first 100 purchasers of a special cover it has now been announced that a new issue of 6 stamps to be released on the subject of the Centenary of The Women's Institute will be marked by the use of rose-scented paper on which the stamps are printed.
There seems to be an increasing use of gimmicks in stamp design, production and sales promotion - hardly an edition of this Blog goes by now without mentioning stamps printed on strange materials (gold, silver, wood, textiles, silk) or with strange aromas attached to them (rose, chocolate and so on) as a way of trying to get hold of collectors' attention. The need for these rather tiresome gimmicks would not arise if modern stamps were well designed and sold at reasonable face values instead of being nothing more than rather randomly selected photographs manipulated by a computer programme to include some text and the face value.
The increasing use of gimmicks is consistent with a failing new issue market where regular collectors are so overwhelmed by the constant outpouring of expensive sets of stamps that they have effectively given up buying these items while postal administrations are so increasingly desperate to extract money from collectors that they need to draw buyers' attention to thir products by adding unusual features to them - except that now almost every issue seems to have to have an unusual feature.
These latest aromatic Manx masterpieces are a long way from the "Jam And Jerusalem" view of the Women's Institute - each design depicts members of the WI carrying out some sort of demonstration related to a campaign of interest to the members. The issue was designed by Isle Of Man Advertising and lithographed by Lowe Martin and will be released on 25 April 2015:-

On the subject of the importance of great, original design, I found 6 stamp designs by the graphic designer, T. Greenwood, on the Internet which are on the subject of the 800th anniversary of Magna Carta along with a depiction of a first day cover with an inscription "Royal Mail First Day Cover". I am guessing that these are submitted designs or essays which are indeed very interesting and original with their  shape - basically square but with a circular shape breaking out of the square giving the appearance of the royal seal applied to the charter. Each stamp has the name of one of the towns to which a copy of the charter was sent and gives a fact about the history of Magna Carta. What an exciting set of designs (and not a single strange smell attached to them):- 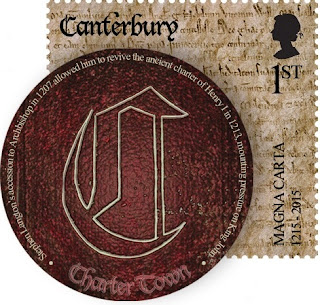 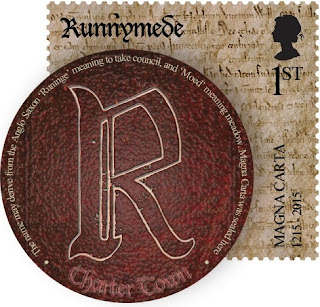 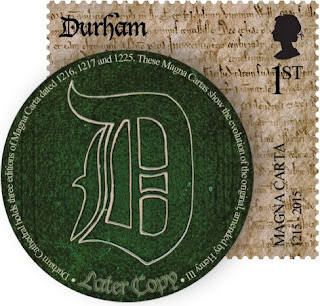 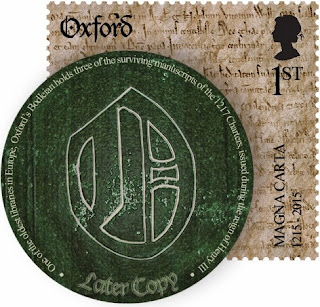 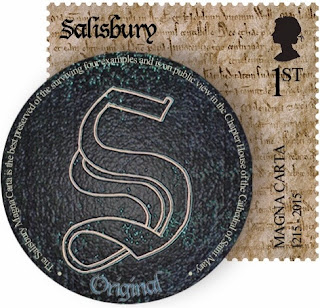 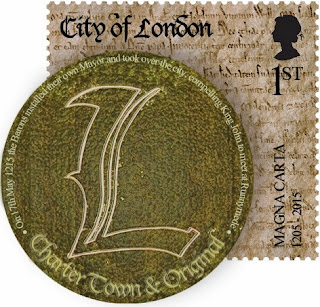 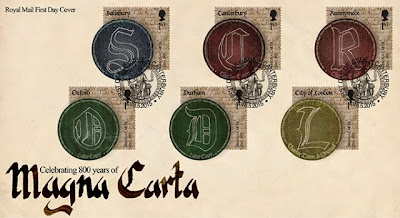 Moving from exquisite design to the sort of philatelic products which involve "randomly selected photographs manipulated by a computer programme to include some text and the face value", I  depict some new philatelic items released by IGPC with the names of client postal administrations printed on them:- 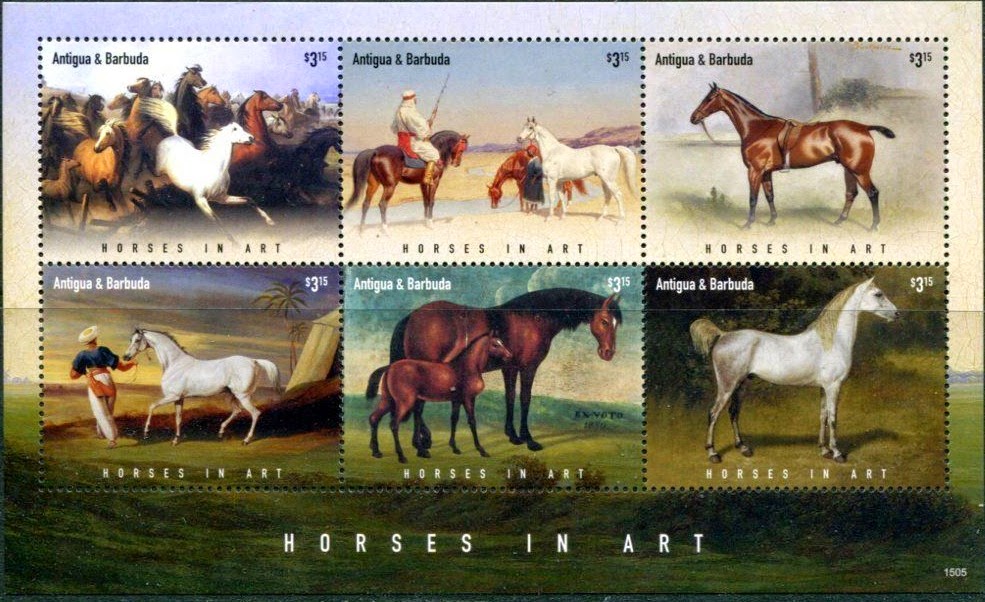 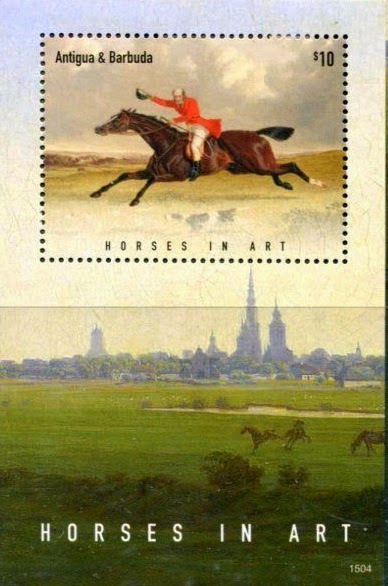 2015 (date of issue not yet known) - Valentina Tereshkova, First woman in space - 1 sheetlet of 4 different stamps and 1 miniature sheet:- 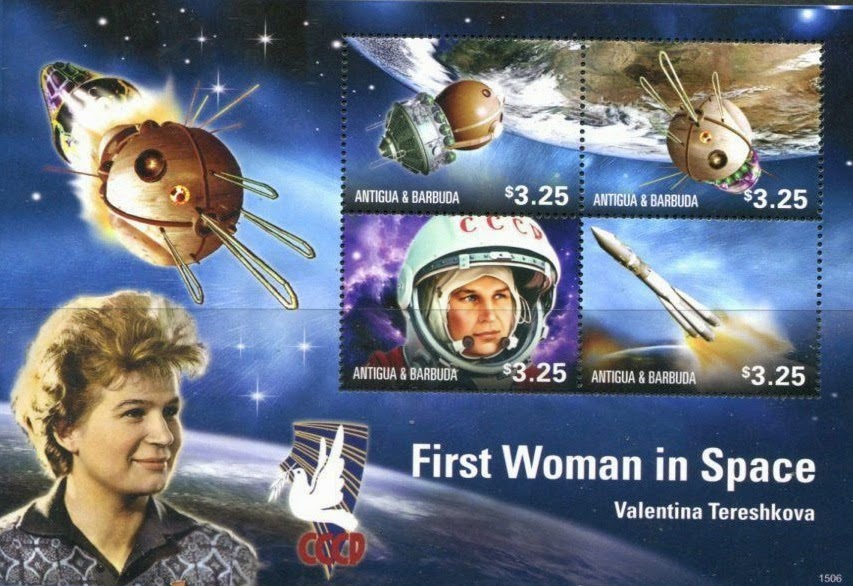 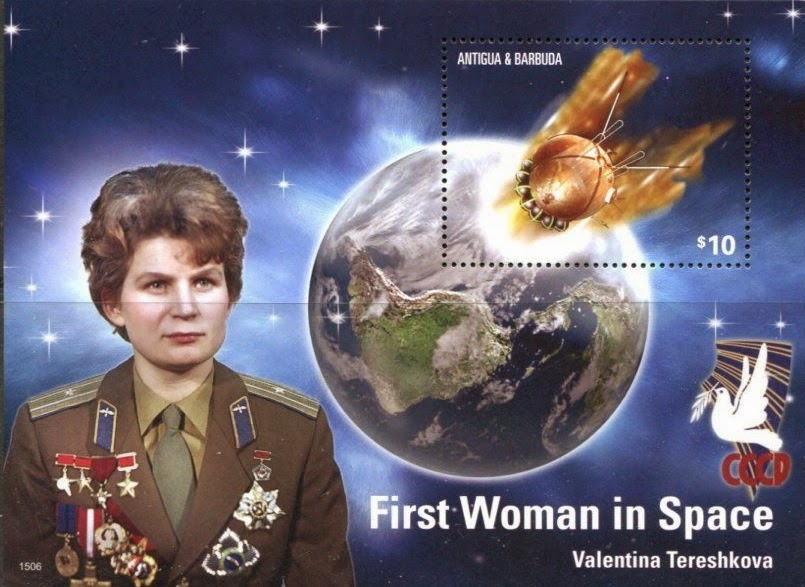 2015 (date not yet known):- Sierra Leone - Big cats of Africa - 2 sheetlets each of 4 different stamps stamps and 2 miniature sheets:- 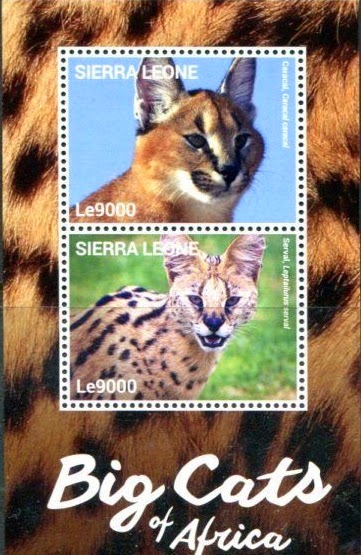 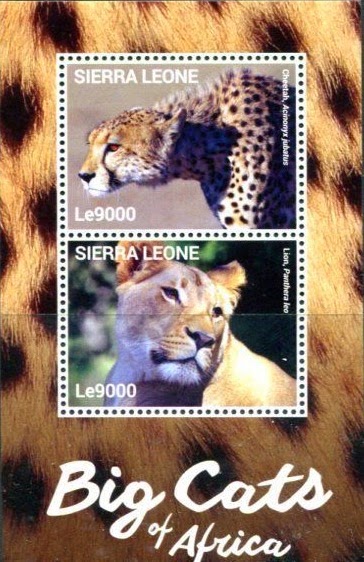 2015 (date not yet known):- National Parks of Africa (none of the parks appear to be located in Sierra Leone) - 2 sheetlets each of 4 different stamps and 2 miniature sheets:- 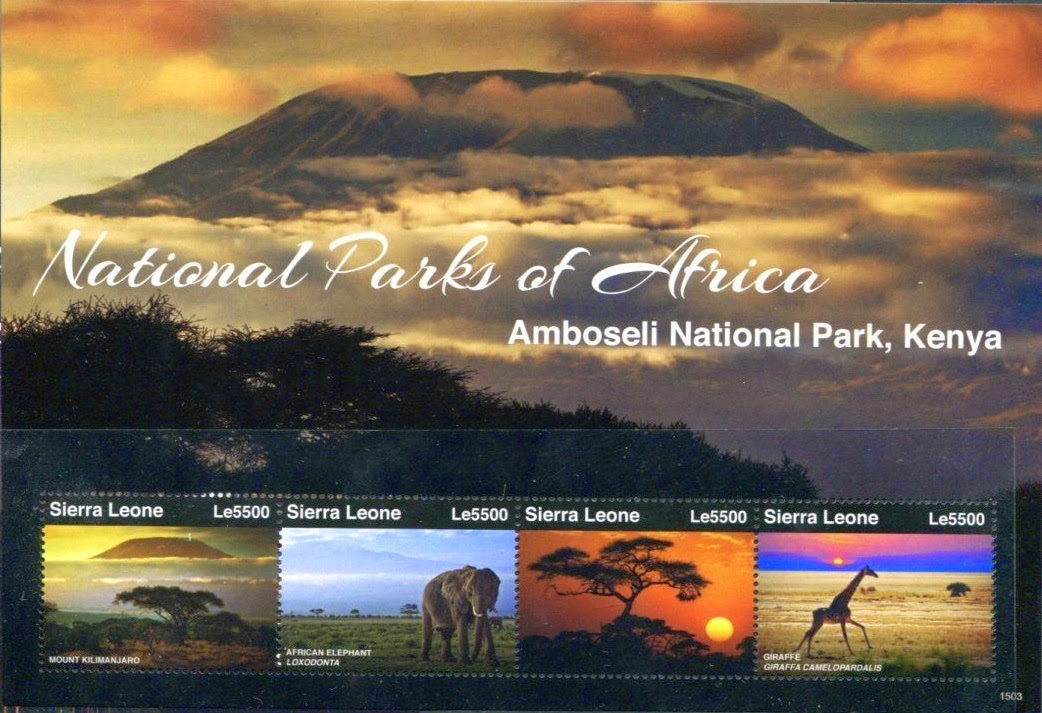 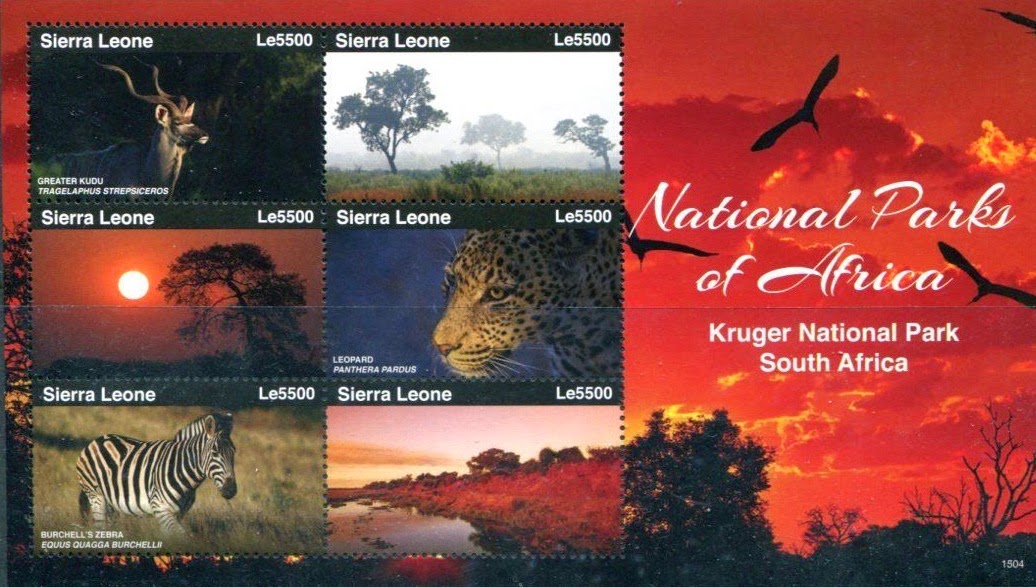 Meanwhile Samoa has followed in the footsteps of the other countries for which Philatelic Collector Inc. is the philatelic agent - Cook Islands and Tonga - by issuing 3 high value definitive stamps in a se- tenant block with a total face value of $63.75c (currently equal to £17.35). I do not yet know the date of issue:- 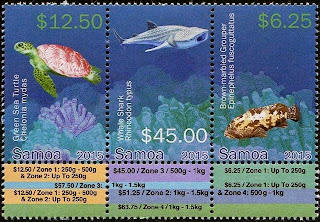