There are even more new philatelic products coming along from the agencies IGPC and Stamperija which have been produced with the names of various Commonwealth territories printed on them. From IGPC:- 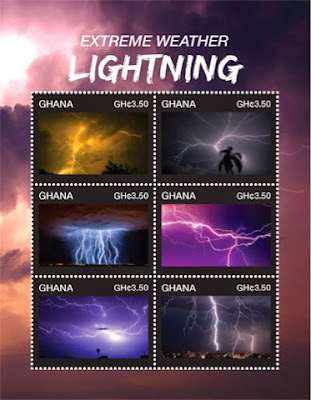 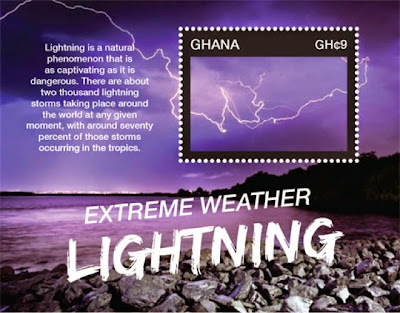 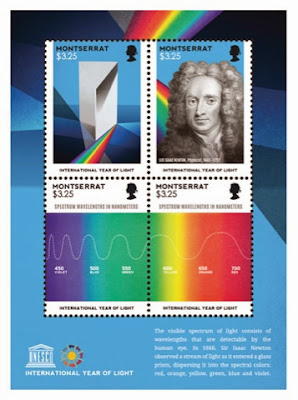 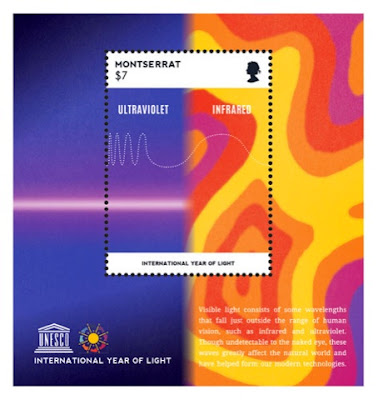 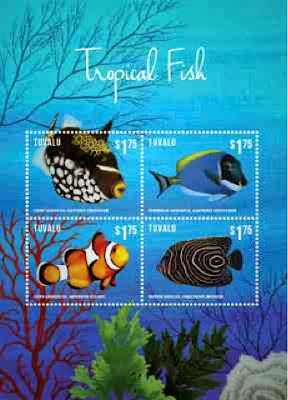 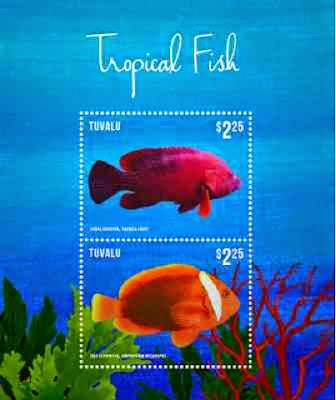 From the philatelic agency, Stamperija, even more philatelic products have been produced with the names of Maldives and Solomon Islands inscribed on them. Ten sheetlets each containing 4 "stamps" and 10 accompanying miniature sheets have been produced for each country. As usual each subset has a different theme which in the case of Maldives are:- Water birds and corals, Songbirds and butterflies, Pigeons and fruits, Owls and mushrooms, Birds of prey, Sea birds and shells, Wading birds and insects, Terns and lighthouses, Bee eaters and orchids and Pelicans. The products are said to have been issued on 15 December 2014:- 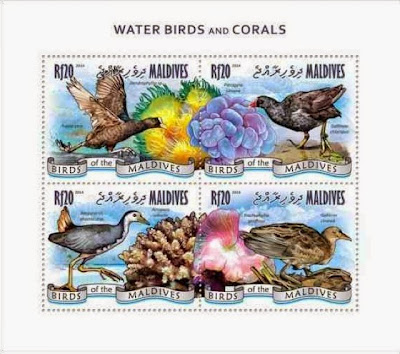 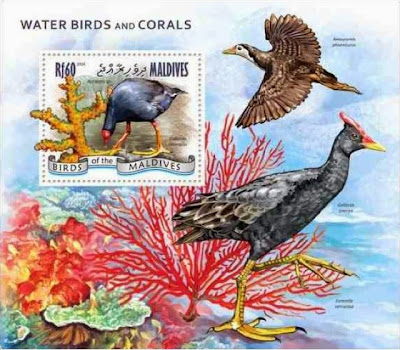 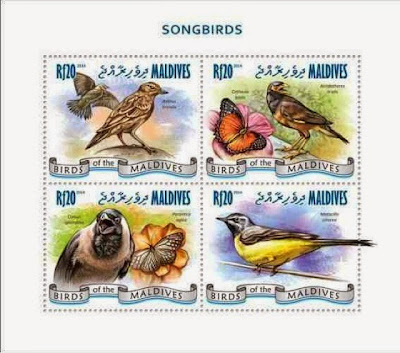 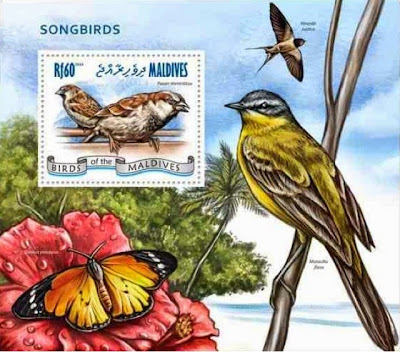 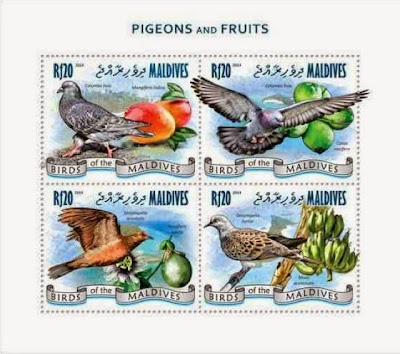 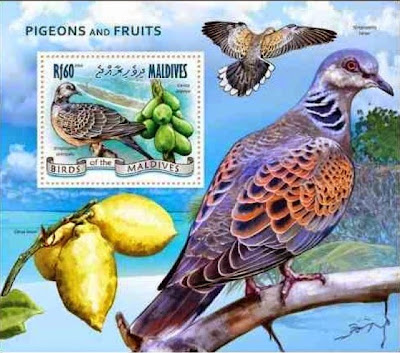 The various subjects of the items inscribed with the name of Solomon Islands are:- First birthday of Prince George of Cambridge, Solomon Islands white ibis, Kingfishers, Art by Gustav Klimt, Endangered animals of the world, Flamingoes, Corals, Art by Leonardo Da Vinci, Reptiles and Waterbirds. The "date of issue" is stated to have been 20 December 2014:- 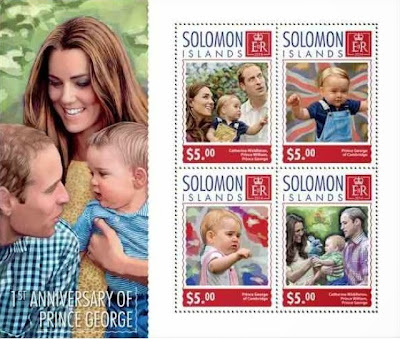 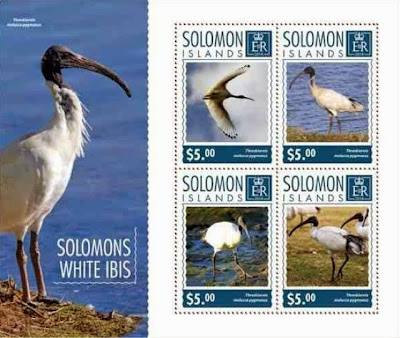 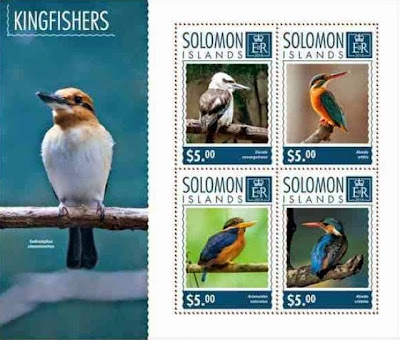 In addition to these items from Solomon Islands some additional sheetlet/miniature sheet combinations which I have not seen reported before are being offered for sale on an Internet auction site and I guess these must represent the second part of this "issue" of 20 December 2014. The additional subjects are Cricket, Dogs, Elvis Presley, "Towards the Year of the Goat", Christmas 2014, Birds of prey, Fire engines, Minerals, Orchids and Seashells. These items amount to a further 10 sheetlets each of 4 different "stamps" and 10 miniature sheets which means that Stamperija will have created 432 "stamps" and 108 miniature sheets in the name of Solomon Islands during 2014 amounting to a grand total of 540 items not including all the extra stuff such as imperforate varieties. For other recent new issues inscribed "Solomon Islands" see Blogs 516, 501, 499 and 484. We really must all ponder on just how much Stamperija has enriched the hobby of stamp collecting in recent years! 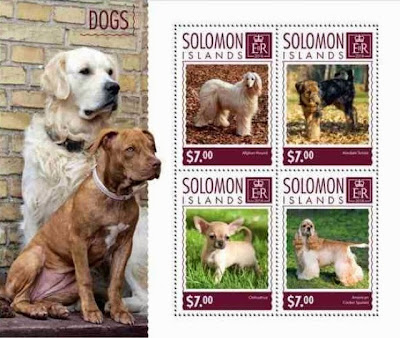 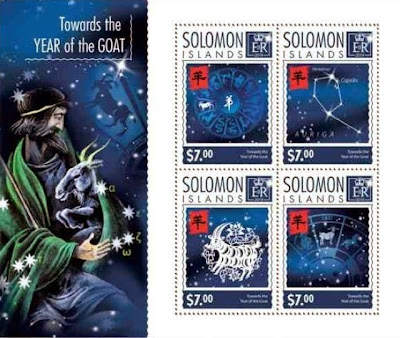 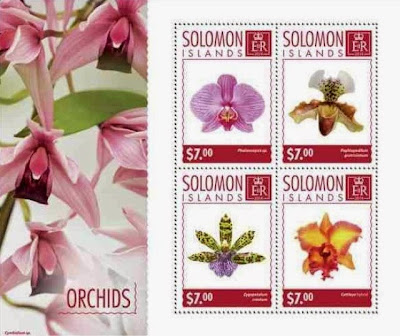 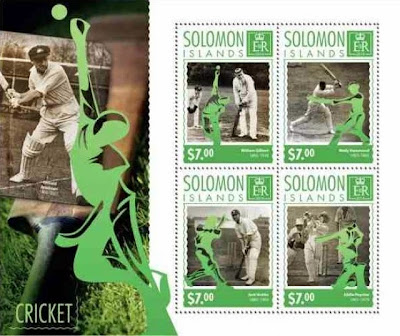 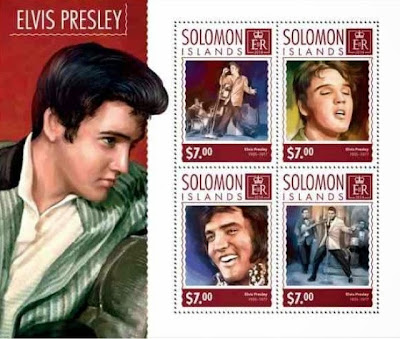 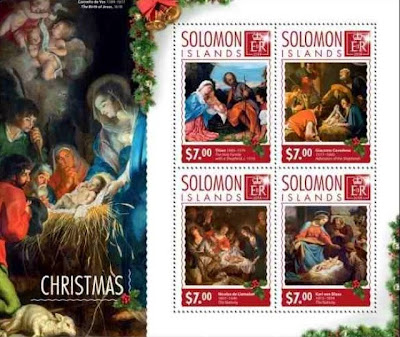 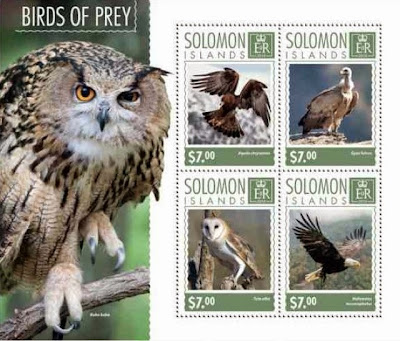