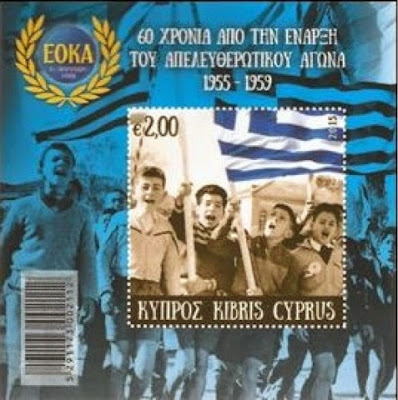 Cyprus Post will issue a miniature sheet on 2 April 2014 which will commemorate the 60th anniversary of the EOKA liberation struggle which lasted from 1955 to 1959 and which led to Cyprus gaining its independence from Great Britain in 1960.
On the same date a single stamp will be issued as part of a Cyprus- Armenia joint issue:- 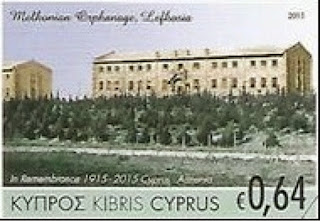 Also on 2 April 2015 Cyprus will release a set of 3 stamps which depict preserved fruits:- 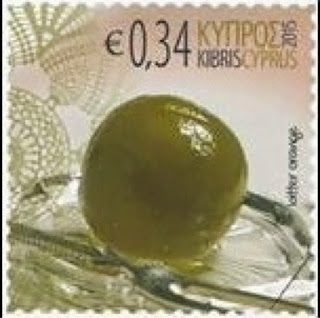 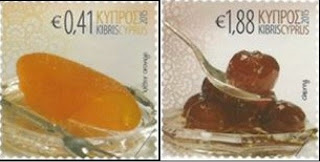 Finally Cyprus Post will also issue its 2015 Refugee stamp but no illustration is yet available.

The postal administration of The Turkish Republic Of Northern Cyprus issued a single stamp on 9 February 2015 on the subject of St. Valentine's Day:- 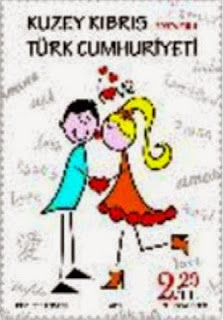 On 17 March 2015 Australia Post issued a set of 4 gummed stamps, 1 miniature sheet and 1 sheetlet of 10 x 70c self-adhesive stamps  (depicting the lemon-scented gum tree) printed on "wood" on the subject of Australian trees. The set was designed by Mary Callahan from photographs by Kimbal Baker and lithographed by McKellar Renown.
Pos Malaysia has already issued a miniature sheet depicting a goat printed on wood at the beginning of 2015 (see Blog 526) - the "wood" was very unconvincing - to me it felt more like cardboard than wood. 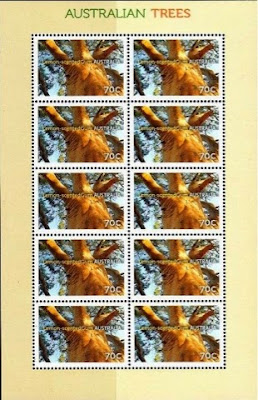 In Blog 535 I described the issue by Canada Post which was released on 8 April 2015 to commemorate Canadian photography and I now illustrate the various items which make up the issue:-

Norvic Philatelic Blog has pointed out that Royal Mail is withdrawing from sale a number of "Commemorative sheets" and reminds us that some of the sheets are being sold at a discount. I looked at the Royal Mail site and realised that there was another item, which I had previously overlooked, to add to the list of items with the subject of British comedians (see Blog 524 and 532). On 5 October 2012 a "Commemorative sheet" was released to commemorate the 40th anniversary of the last episode of The Goon Show, a famous radio show. The labels attached to the 10 Union Flag stamps contained in the sheet included depictions of the show's comedy stars such as Spike Milligan who is one of the comedians to be featured in the new set which will be issued on 1 April 2015, Peter Sellars, Harry Secombe, Michael Bentine and Eric Sykes:- 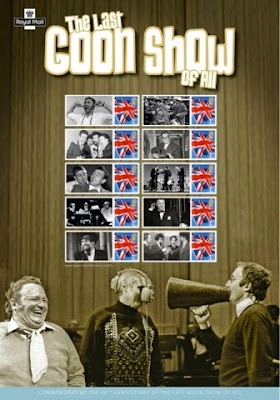 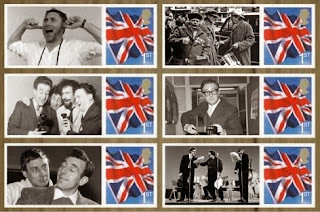