533. Labrador Stamp From Bhutan And Other Attractive Wildlife Stamps. 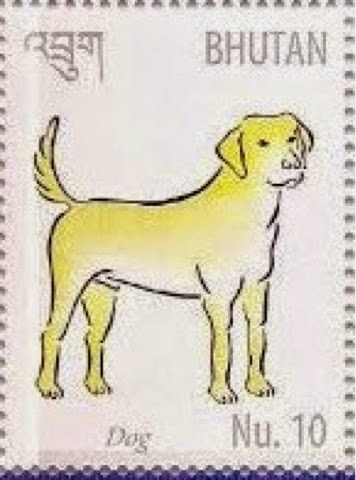 Bhutan Post issued a sheetlet of 12 different stamps and 1 miniature sheet on 19 February 2015 to commemorate the lunar new year. Of course this year is the "Year of the Wood Female Sheep" (though interestingly the stamps of some countries refer to the year as the "Year of the Ram" which is certainly not a female sheep) but I particularly like one of the zodiac sheetlet stamps which has a charming and amusing depiction of what looks like a yellow labrador representing the Year of the Dog. This is definitely a stamp to add to my "Labradors on stamps" collection. 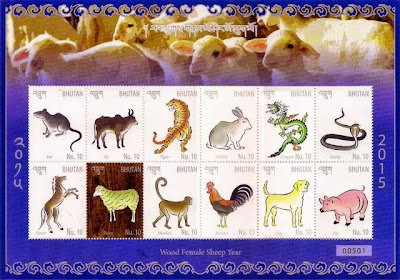 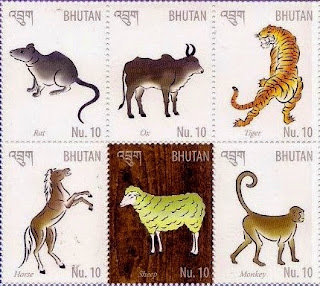 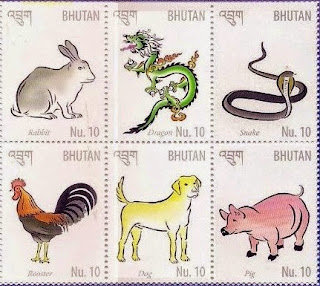 Australia Post will issue a set of 4 stamps on 24 March 2015 with the inscription "Cocos (Keeling) Islands" on the subject of "Visiting Birds". The stamps were designed by Owen Bell and lithographed by RA Print:- 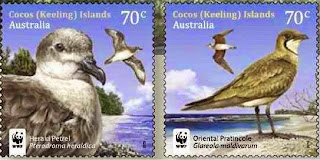 The South African Post Office issued a very attractive sheetlet of 6 different self-adhesive stamps on the subject of "Animal Poaching Awareness" on 3 March 2015:- 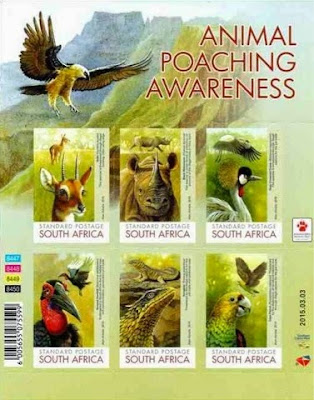 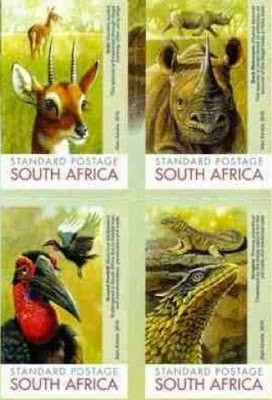 On 24 February 2015 Philatelic Collector Inc. issued 4 stamps and 1 miniature sheet in the name of the Samoa Post Office on the subject of the World Wide Fund For Nature and featuring the Pacific Tree Boa. The individual stamps were issued in small sheetlets each of 4 identical stamps:- 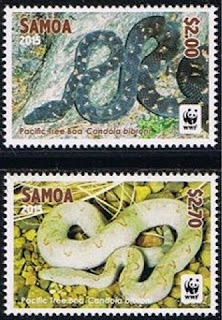 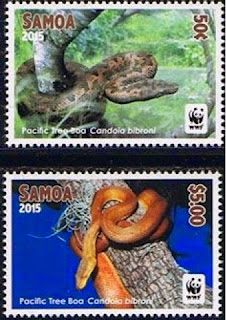 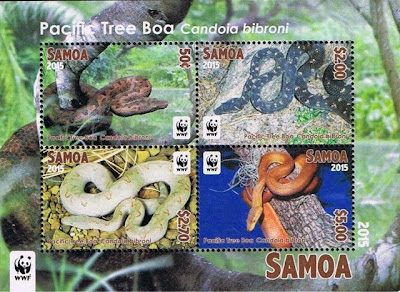