🇬🇧 Distressingly, it appears that Royal Mail will release another tiresome new issue featuring American comics characters but not this time from Marvel Comics but from its rival, DC Comics. The cat (woman) was let out of the bag when Royal Mail sent out order advice to its subscribers revealing that there would be two retail booklets amid a massive number of philatelic products making up the issue due for release on 17 September 2021 - one was coded BM and the other WW.  It seems likely that BM is a code for Batman and WW a code for Wonder Woman, both characters who have featured repeatedly in ‘blockbuster’ movies with a new Batman movie to be released in the near future. If this is correct then Royal Mail is no longer an organisation which celebrates Britain and its people through the medium of the postage stamp but a sad reflection of a money-grabbing culture which has no pride in itself ….. IGPC, Stamperija, Australia Post, Jersey Post, Philatelic Collector Inc, Royal Mail, there’s very little difference between them in their stamp issuing policies as 2022 approaches. 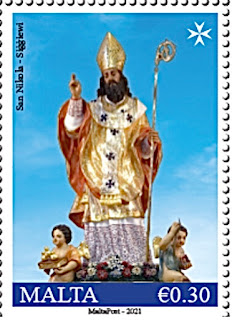 🇲🇹 MaltaPost will issue a sheetlet containing 10 different stamps on 25 August 2021 which will be a further instalment of its ongoing Festa (religious festivals) series. The colourful and attractive issue was designed from photographs by Mark Micallef Perconte and lithographed by Printex and the stamps are perforated 14. Rating:- ****. 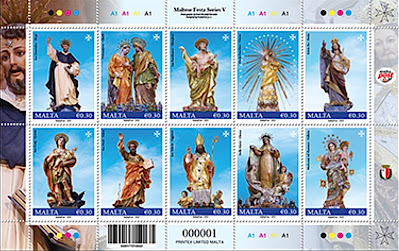 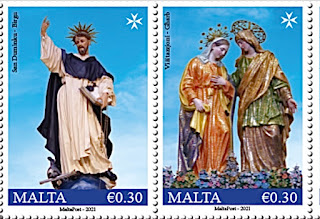 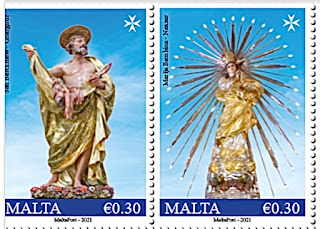 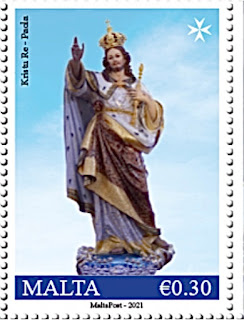 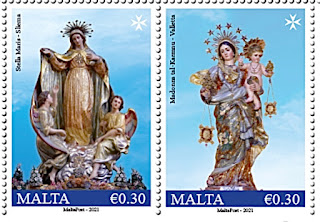 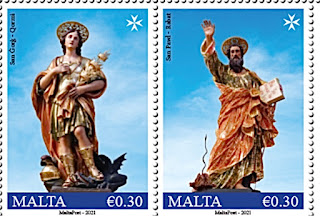