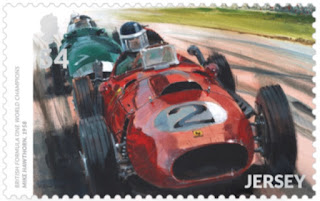 🇯🇪 Jersey Post does not explain why it needs to do so but regardless will issue two sets each of 5 stamps and 2 miniature sheets (1 containing a single stamp and the other the stamps from the respective set) on 1 September 2031 to commemorate the 75th anniversary of Formula One motor racing. The stamps are based on fine artwork depicting the racing cars of various British racing drivers and were printed in lithography with spot metallic litho silver and silver hot foil. An admirable issue, or two issues if you prefer, but seemingly wholly unnecessary. The total face value of the 10 stamps and 4 miniature sheets is just over £30. Rating:- *. 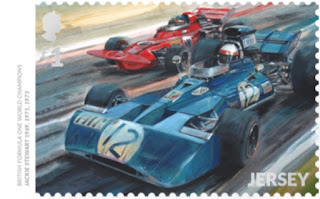 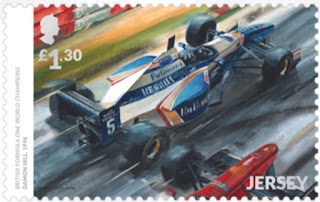 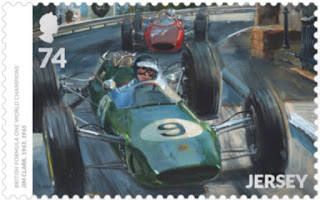 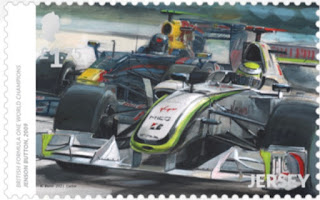 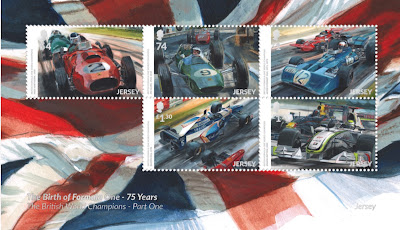 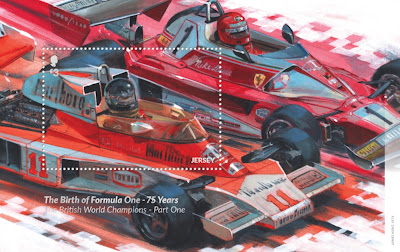 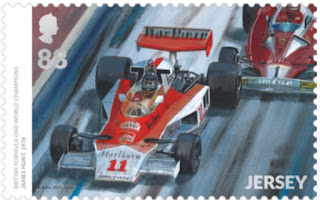 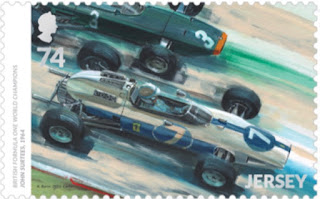 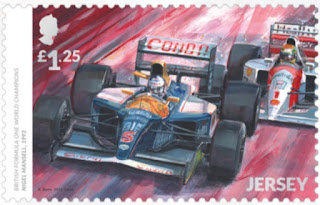 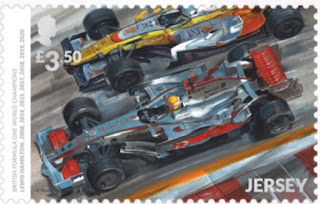 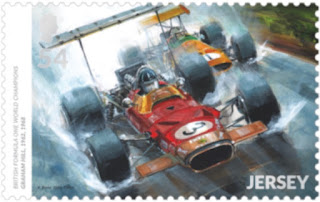 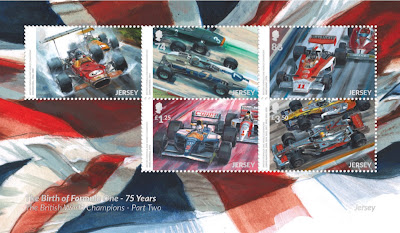 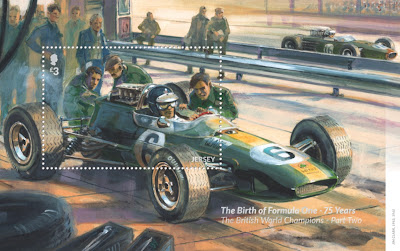 🇵🇬 Details of the two new issues featuring respectively Bilums (handbags) and Freshwater crocodiles issued by the Papua New Guinea postal service are now available on its internet philatelic site. These items have already been depicted in Blog 1911:-

Bilums - issued “25 July 2020”, withdrawal date “25 July 2021” (make of that what you will). Designed by Banian Masiboda and lithographed by Henan Printers China. 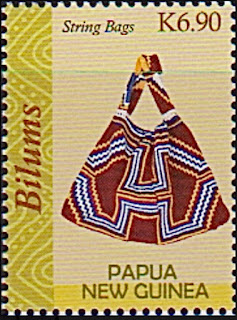 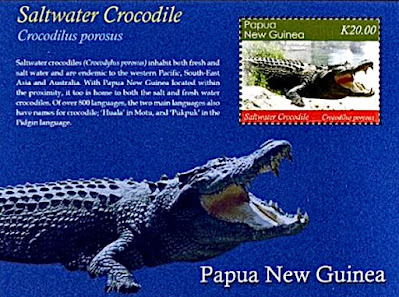 🇬🇧 Royal Mail Post and Go stamps inscribed ‘Lest we forget’ will be dispensed from the kiosks situated at the Royal Navy museums from 11 November to 30 November 2021. The additional inscription will be applied to both the Union Flag stamps and the Poppy stamps.

The Royal Naval Museums ‘Black Tot Day’ Post and Go stamp mentioned in Blog 1912 and first dispensed on 31 July 2021 is depicted below:- 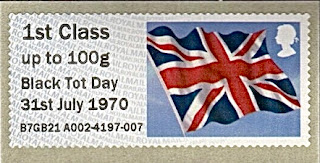 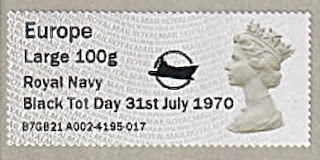 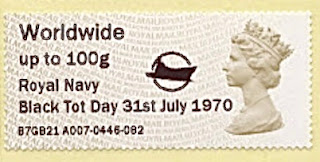