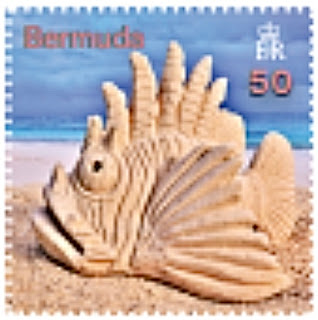 🇧🇲 Bermuda Post Office issued a set of 4 stamps on 19 August 2021 on the subject of ‘Sand sculptures’ to commemorate the annual Bermuda sandcastle competition which was started 30 years ago by Nicky Gurret. The issue was lithographed by Lowe Martin. Rating:- ***. 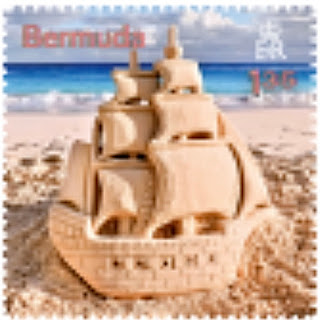 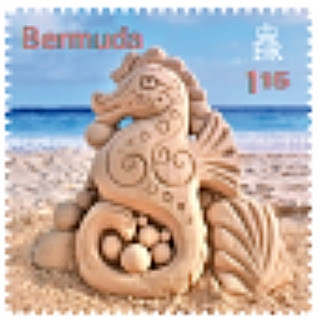 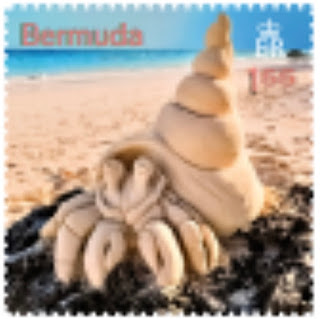 🇹🇹 The question raised in Blog 1929 about the stamps issued by T&T Post, the postal service of Trinidad And Tobago, is solved by the illustration of an unused set on sale on an Internet auction site which shows pairs of the stamps in which the overprint commemorating Prince Philip is applied across two stamps. Hence we can see that these are overprints rather than postmarks but it seems that the issue is best collected as pairs rather than single stamps. 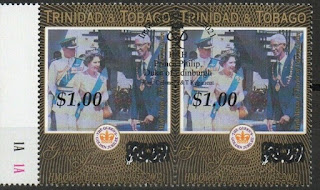 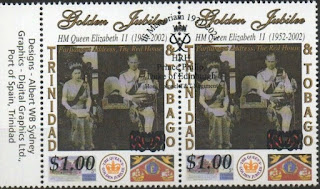 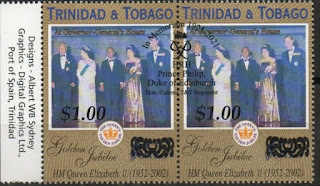 🇦🇫🇬🇧 People in the unfortunate, benighted country of Afghanistan, which was a type of British protectorate from 1880 to 1919, during which period three wars took place in the country against the British (see Blogs 1927 and 1931), have rather more to worry about than postage stamps and a mail service. The world in general may also have rather more cause for anxiety as the Taleban, previously harsh, cruel rulers of Afghanistan from 1996 to 2001, once more take over the government as the last of the western forces, which had defeated the Taleban in 2001 and oversaw a gradual return to a form of democracy, albeit a corrupt one, finally withdraw from Afghanistan. Despite this, the stamp collector may ponder what the philatelic consequences of this latest terrible upheaval in the country’s history may be. We shall see just as we will see just how awful life under the new regime will once more be for the Afghans as they fall under the power of men with a history of viciousness and intolerance.

There is also the added dimension of the threat of a resurgence of terrorism worldwide but particularly in Afghanistan where the new rulers already seem to have a conflict on their hands with the local group of ISIS (see Blog 601), which the Americans have taken to calling ISIS-K (Islamic State Khorosan Privince).

The British, more than most, should have known after two centuries, the dangers of involving oneself in the affairs of Afghanistan (the occupying Russians of the 1980s and now, the Americans must surely have done so). Time and again foreign powers have been forced to abandon the country often after great losses. One remarkable painting (which I’m sure will never be featured on a postage stamp though maybe - who knows? - Stamperija, with its usual good taste, might discover it and feature it on one of their dubious products) which sums up the consequences of foreign involvement in Afghanistan is Remnants of an Army by Elizabeth Thompson Lady Butler which was painted in 1879 during the Second Afghan War. The oil painting depicts William Bryson, assistant surgeon in the Bengal Army, arriving at the gates of Jalalabad on 13 January 1842. He was initially thought to be the sole survivor of 16000 soldiers and camp followers who had been forced to evacuate Kabul during the First Afghan War when a general uprising occurred against the presence of the British in Kabul. A few others survived and the Afghans took some of the women and children as prisoners but the suffering and loss was enormous not only for the British but for the Afghans who had served them in Kabul (we hope that those Afghans who have aided western forces in the past twenty years and who have been left behind will not be similarly treated as those who served the British 199 years ago). 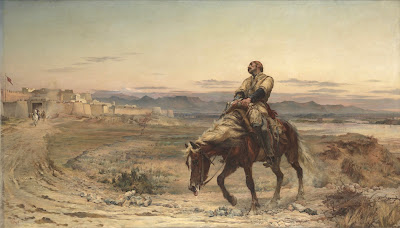 Lady Butler’s picture brings to mind a photograph of a day or so ago, of a weary Sir Laurie Bristow, British Ambassador to Afghanistan, arriving back in Britain having evacuated the British embassy in Kabul and worked to evacuate Britons in the country as well as those Afghans who had worked with the British though many were left behind. In 199 years little seems to have changed except that the modern ambassador is disembarking from an airplane rather than lolling exhausted on a poor dying horse. 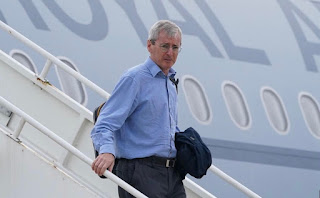