🇦🇺 Australia Post issued the tenth stamp in its Tokyo Olympics gold medal winners series on 1 August 2021 to commemorate the victory of Kaylee McKeown in the Swimming women’s 200m backstroke event. As usual the stamp was produced in a sheetlet of ten. An eleventh stamp was then released on 2 August 2021 to commemorate the victory of Emma McKeon in the Swimming women’s 50 metre Freestyle event. Rating:- ***.

With the Australian team having so far won 14 gold medals there are at least another 3 stamps to be issued. 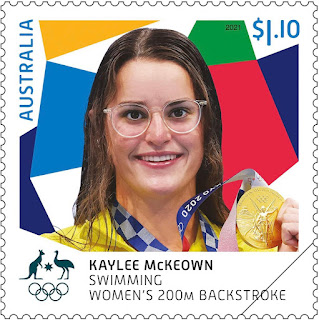 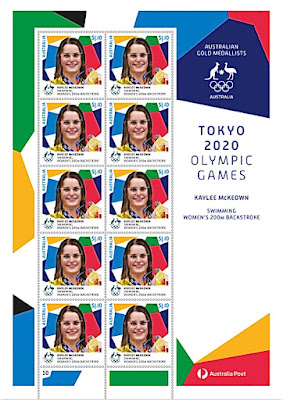 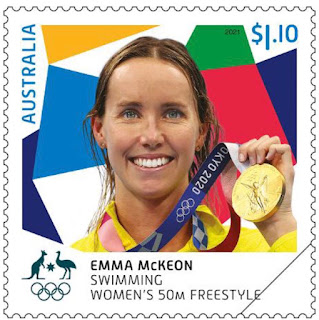 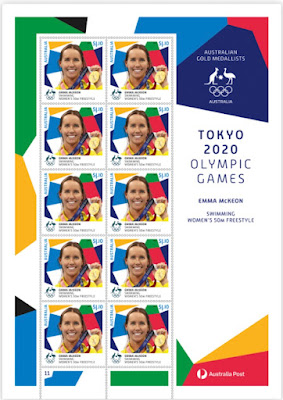 🇷🇼 Bogus Issues - Delcampe, the Internet auction site, is now featuring a large number of philatelic items from Francophone African states all on the subject of the COVID-19 pandemic. One of the issues is inscribed with the name of Rwanda, the only Commonwealth member to have its name used on these items (the other countries are Madagascar, Benin, Mali, Côte D’Ivoire, Gabon and Congo. The illustrations on the auction site give the impression that these products are of reasonably high quality but considering that all these items are for African countries it is odd that so many of them depict white people who look like middle class North Americans. The dealer offering these products is based in China. It’s worth knowing about this stuff so that collectors will not waste their money on it. 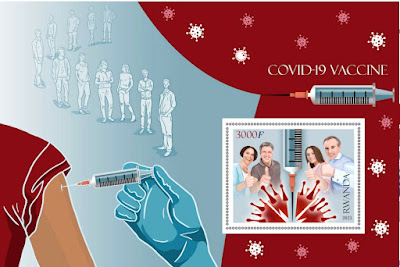 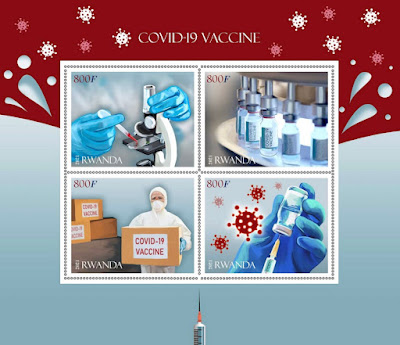 🇬🇧 The first place to visit when you want to know anything about what is happening in modern British stamps is of course Norvic Philatelics Blog, and the information Ian Billings provides there is up to the minute and extremely detailed. The Blog is now showing illustrations of the various products associated with the Royal Mail new issue, due to be released on 12 August 2021, which commemorate some of the vast number of ways the British changed the world with their inventions of the Industrial Revolution. The issue commemorates such names as Richard Trevithick who was a pioneer of the use of high power steam which was the basis of the industrial revolution, Sir Henry Bessemer who revolutionised steel production, James Hargreaves who advanced textile production and Joseph Aspdin who brought cement to the modern world.

The issue also celebrates James Watt, a Scotsman who developed the steam engine, and moving to Birmingham after forming a partnership with Matthew Boulton, produced steam engines at the famous Soho Works in Handsworth. Boulton and Watt fired up the Industrial Revolution that ushered in the modern world and are fittingly commemorated on British postage stamps. It’s unfortunate that at the same time some people want to tear down a splendid statue of Boulton and Watt in the city because some of their machines were exported to the Caribbean and used by slave owners in British colonies in the processing of sugar cane thereby enabling it to be said that the industrialists benefitted from slavery.

The issue was designed by Common Curiosity and lithographed by International Security Printers. As well as the 6 basic stamps (3 se-tenant pairs) and 4 stamp miniature sheet (which celebrates the British contribution to the Electricity Revolution) there is also a 4 pane Prestige booklet (sold for £18.03p) which includes a pane of Machin Head definitive stamps (2 x 5p, 3 x 10p, 2 x 20p and 1 x £1.70p). 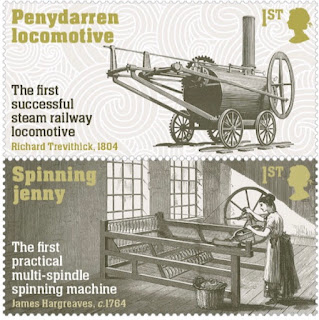 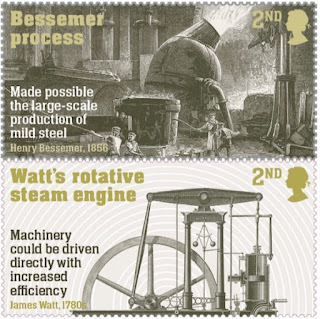 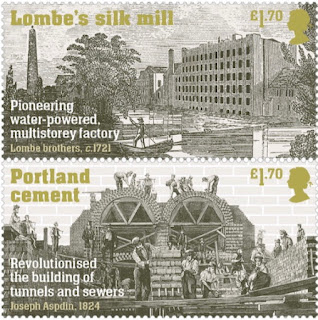 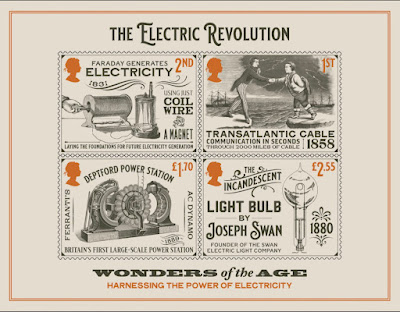 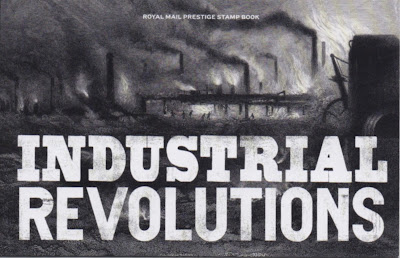 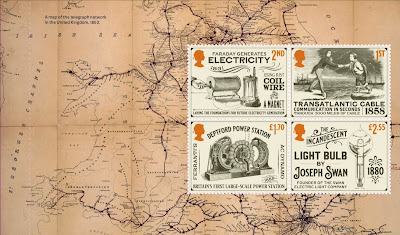 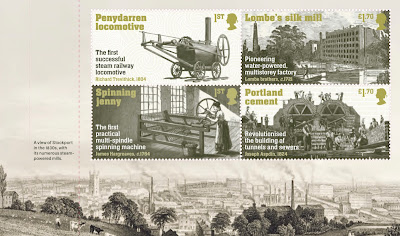 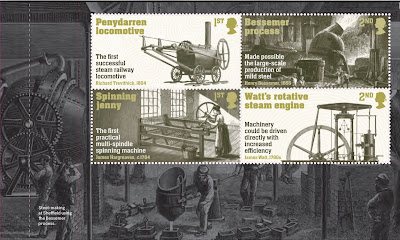 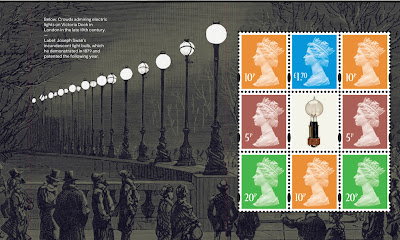 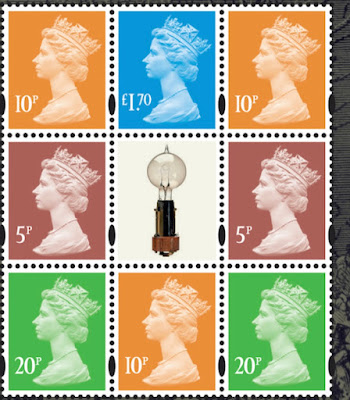