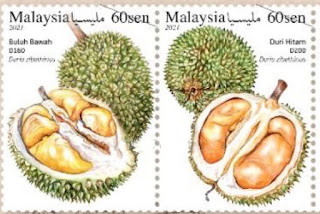 🇲🇾 Pos Malaysia issued a set of 4 stamps and 1 miniature sheet on 19 August 2021 on the subject of durian fruit. I have no other details at present. Rating:- ***. 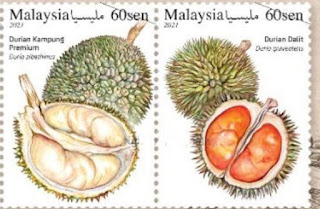 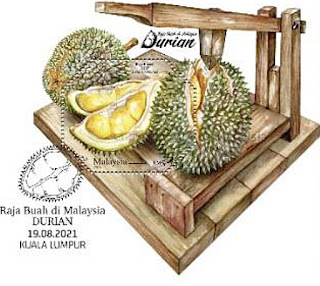 🇵🇳 Tower Mint has posted information about new issues from the Pitcairn Islands postal service, Bounty Post, on its internet site. Two issues are planned for 2021 “full details will be announced in due course”. I am slightly concerned by the promise that next year’s “full” programme will have “new and exciting themes” - I do hope that the themes will be relevant to the territory and that “full” is not another word for excessive.

Being at a loose end for once, I decided that the dog and I might have a little trip to the town of Kidderminster, not very many miles away from my home but somewhere I have not visited since 1979.  I remember going there on a sort of pilgrimage to visit the town in which Rowland Hill, the inventor of the Penny postage system, was born in 1795 on the centenary of his death.
It’s a fairly non-descript town in the English West Midlands located as it is in the Black Country, the great industrial heart of the country where the flames of the Industrial Revolution were lit, that Revolution celebrated on a recent Royal Mail stamp issue which thrust Great Britain on to the centre of the world stage, brought great wealth to the country and in turn paid for it to build an empire “on which the sun never set” - the empire which eventually made way for a Commonwealth.
Kidderminster’s role in the Industrial Revolution centred firstly on weaving and then more precisely on the production of high quality carpets and the old carpet-making mills can be seen in the town transformed now into shops and hotels. Steam of course was the wellspring of the Industrial Revolution and as one leaves the modern railway station to go into the town centre one passes the old station from which steam trains still run to the town of Bewdley as part of the Severn Valley Railway. The first philatelic item of interest to be seen in the town is to do with the railway - there is a post box opposite the old station which was one of those fitted with a unique plaque in 2015 commemorating the alleged 50th anniversary of British ‘special’ stamps, this plaque featuring a stamp originally issued in 2004 depicting a steam engine of the Severn Valley Railway. 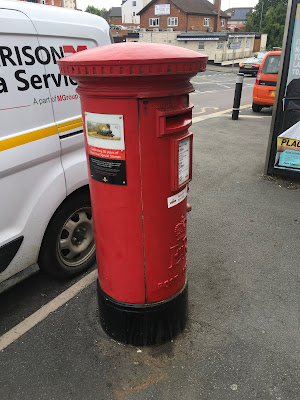 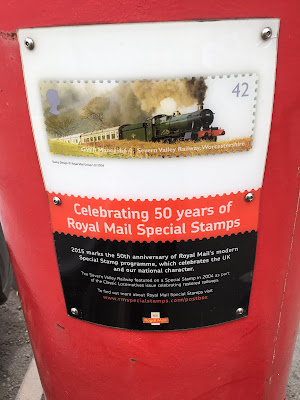 In the town centre a statue of Sir Rowland Hill stands outside the Town Hall. Beside it is a postbox and a signpost with a picture of a penny black on it. The inscription on the statue reads ‘SIR ROWLAND HILL K.C.B./BORN AT KIDDERMINSTER 1795/BURIED IN WESTMINSTER ABBEY 1879/ IN HIS CREATIVE MIND AND PATIENT ENERGY/THE WORLD IS INDEBTED/FOR THE/PENNY POSTAGE/INTRODUCED 1840’. On the rear of the statue a further inscription reads ‘ERECTED BY/200,000/SUBSCRIBERS/THROUGHOUT/THE THREE KINGDOMS/THE COLONIES/AND THE CONTINENTS/OF/EUROPE AND AMERICA/1881’. At the base of the rear of the statue is an additional metallic plaque which reads, ‘A CIVIC CEREMONY TO MARK THE CENTENARY/OF THE UNVEILING OF THIS STATUE AND TO/RECORD ITS RESITING WAS HELD HERE ON THE/22nd June 1981/MANKIND CONTINUES TO BE INDEBTED TO/SIR ROWLAND HILL FOR HIS SIGNIFICANT/CONTRIBUTION TO WORLD COMMUNICATIONS/JAMES P. BOURKE/TOWN MAYOR’.
Outside the Town Hall is a board telling the story of Hill’s life and his work on the Penny Post. A short distance from the Town Hall one can find the town’s main post office which shares a Victorian building with a branch of a national newsagents chain. The post office looks remarkably undistinguished considering it’s location in a town with such a remarkable place in the history of the postal service. 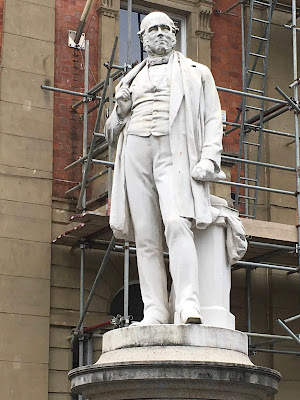 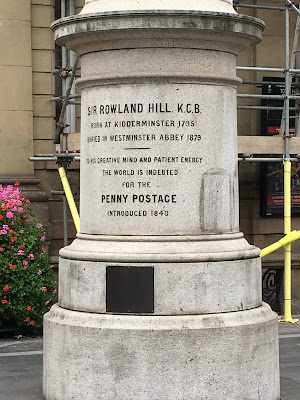 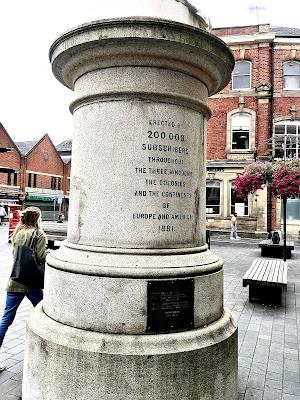 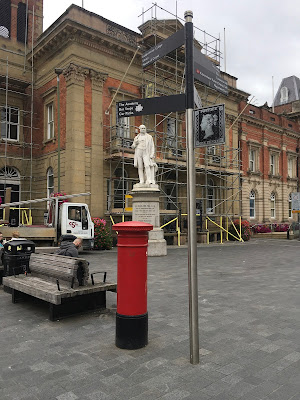 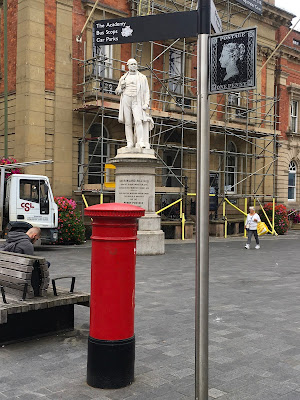 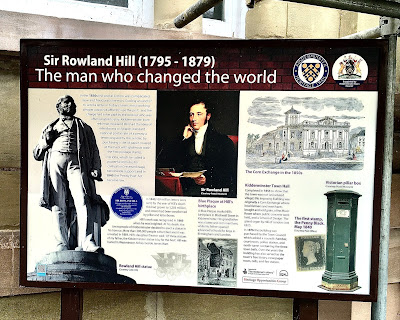 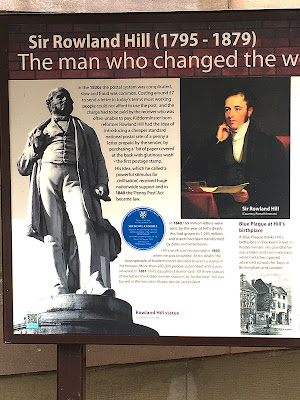 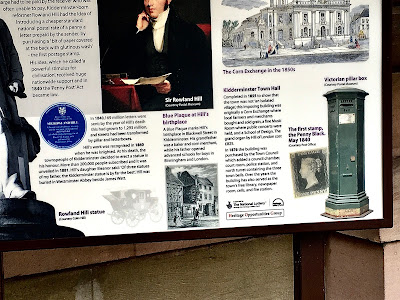 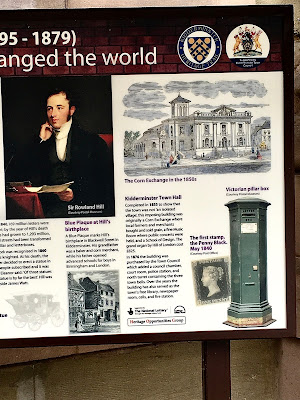 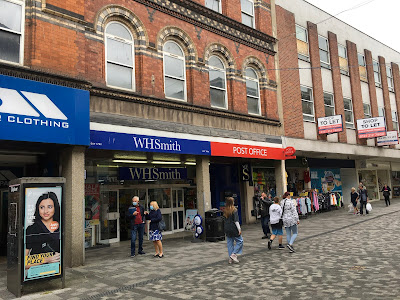