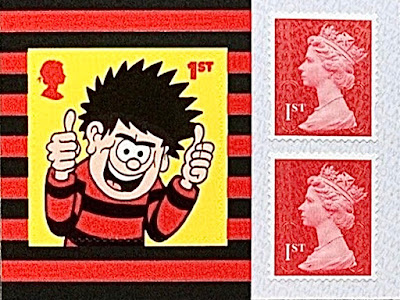 🇬🇧 An internet auction site dealer has the Royal Mail Dennis and Gnasher 70th anniversary retail booklet of 6 stamps (4 x Machin Head 1st Class rate definitives and 2 x 1st Class values from the new set) on sale ahead of the date of issue (1 July 2021). The 2 revealed stamp designs from a miniature sheet containing 4 different stamps are certainly bold and colourful. 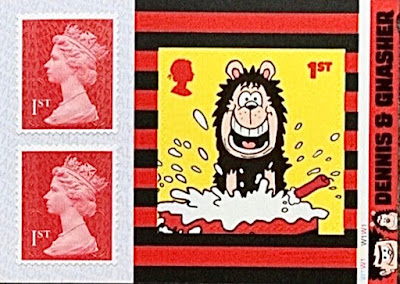 The 6 basic stamps and 4 stamp miniature sheet are also now publicised by Buckingham Covers in on line advertisements for its first day covers of the issue. The designs trace the cartoon characters through their 70 year history. They depict the adventures or misadventures of an appalling child who in real life would probably have an antisocial behaviour order issued against him and his dog which would probably appear on the Dangerous Dogs list. Whither British stamps? Rating:- *.

Better quality illustrations and more information will be added when it becomes available. 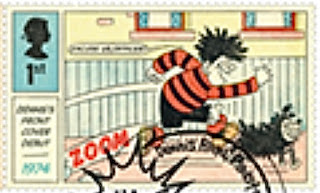 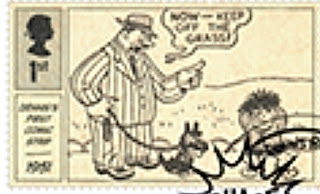 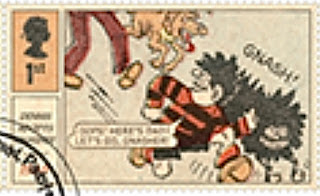 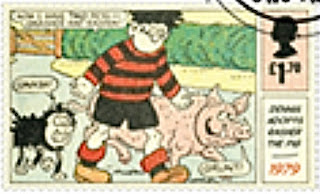 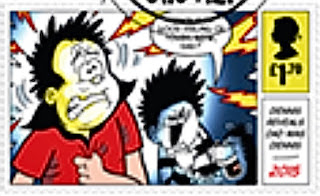 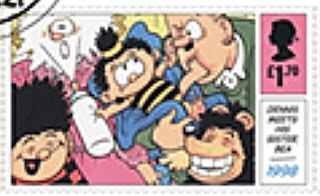 🇸🇬 Singapore Post will issue what it terms a sheet of 5 My Stamps on the subject of Herbs and Spices on 21 June 2021. The stamps are small and to the left hand side of the sheet with larger, more colourful labels attached to!the stamps at the right. Why not just issue a set of 5 ordinary stamps? Rating:- **. 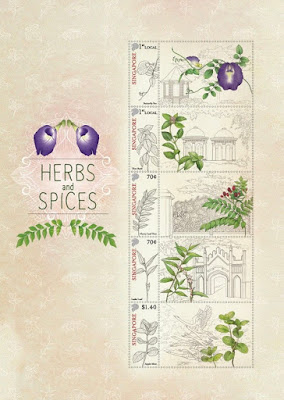 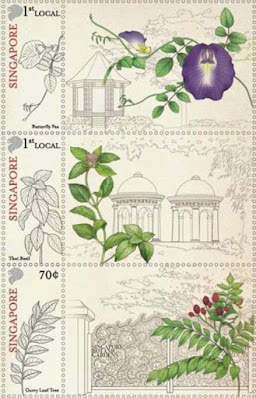 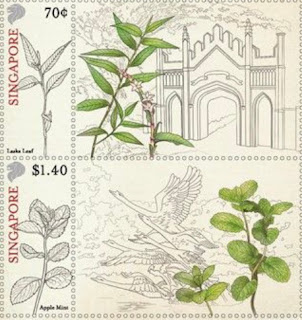 🇮🇲 The set of stamps to be issued by Isle Of Man Post Office to commemorate the Centenary of the Royal British Legion which I mentioned in Blog 1892 is to be released on 26 June 2021. The stamps were designed by Glazier Design and were lithographed by Lowe Martin and are perforated 13.