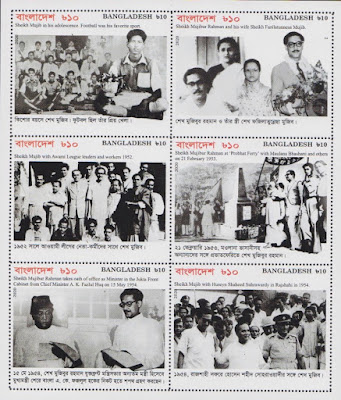 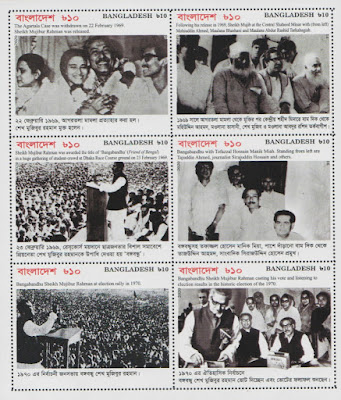 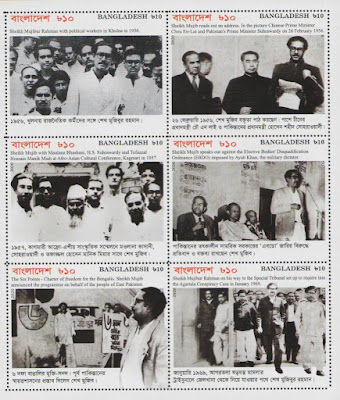 🇧🇩 Bangladesh Post  issued 100 stamps contained in 17 miniature sheets ( 6 different stamps per sheet except one containing four) contained inside a commemorative book with a limited edition of just 600 to commemorate the life of Sheikh Mujibur Rahman, the country’s founding father on the occasion of his birth centenary. These sheets have appeared on on an internet site and were issued apparently at some time during 2020.

Clearly with such a limited number being offered for sale one would not expect reliable catalogue editors to list these items but it is useful to know that these products exist. It seems a pity that they were not made more generally available as they are clearly interesting and important in telling the story of Bangladesh in the early years of its existence before Sheikh Mujib’s murder. 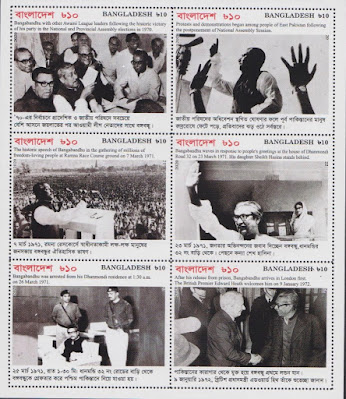 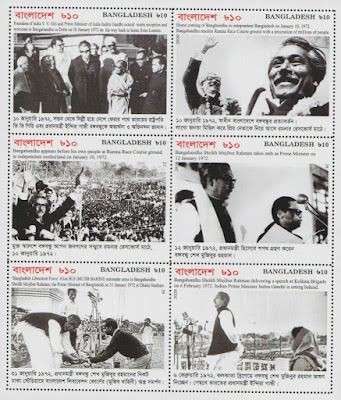 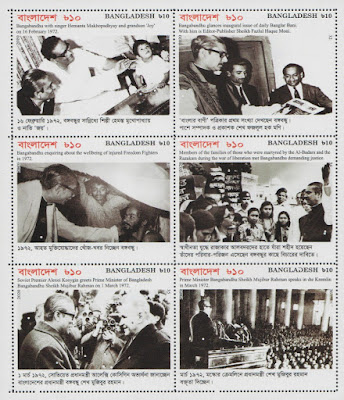 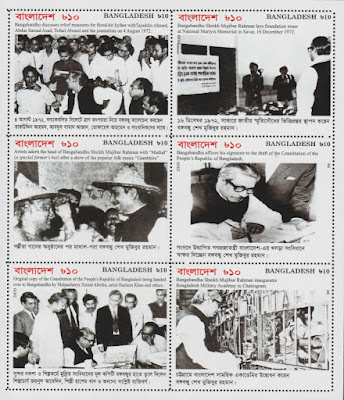 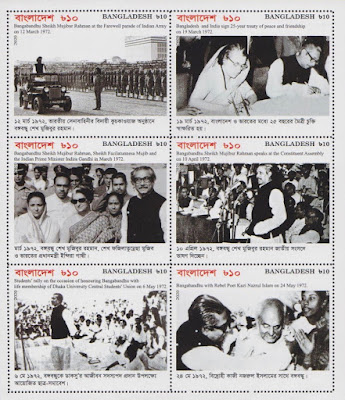 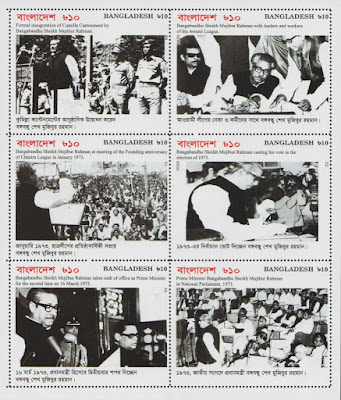 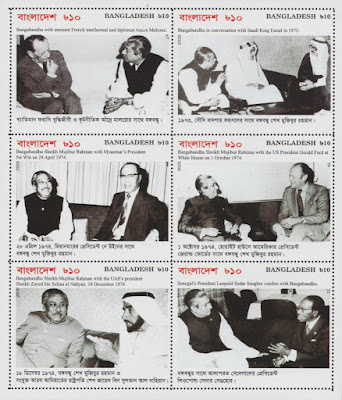 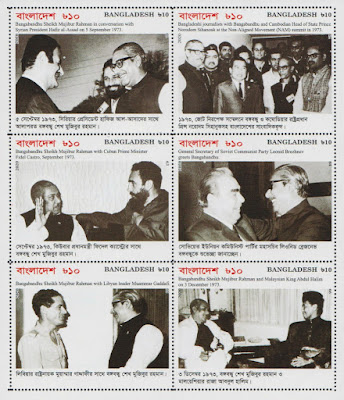 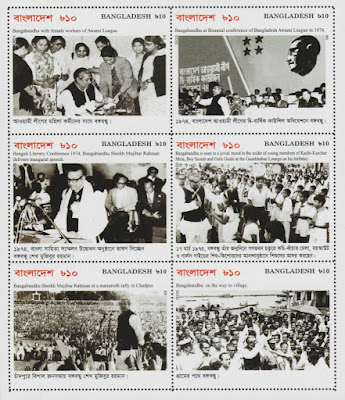 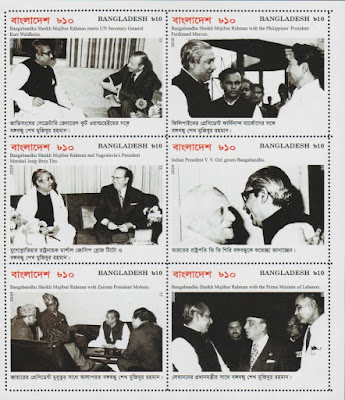 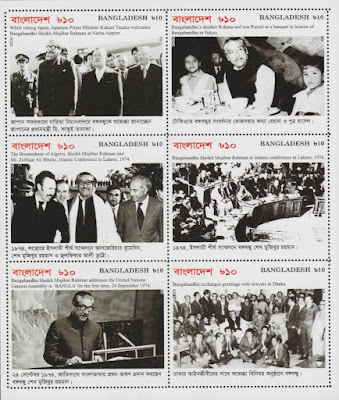 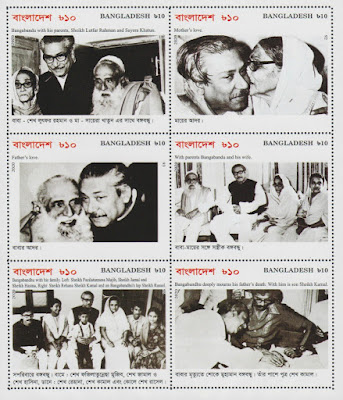 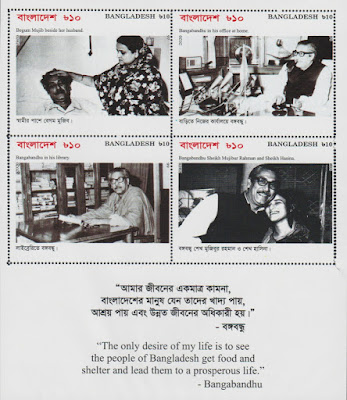 In previous Blogs (see 229, 451, 792, 820) I have featured stamps depicting British prime ministers and the third sheet of this issue includes a stamp featuring Edward Heath who as far as I am aware has not been portrayed on a postage stamp before. He was an interesting character who was a talented musician and prize-winning yacht race sailor and was in power from 1970 to 1974 during which period he negotiated the United Kingdom’s membership of the European Economic Community (which later evolved into the European Union and we all know how that story ended) and had to deal with conflict with the then powerful trade unions. He was defeated in the 1974 general election by winning fewer seats than his rival, Harold Wilson, although his party received more votes. 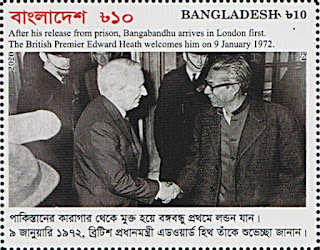