The Royal Gibraltar Post Office has joined the list of philatelic entities which are issuing stamps to commemorate the Birth centenary of the late Duke of Edinburgh, the husband of Queen Elizabeth II. A set of 4 stamps and 1 miniature sheet were issued on 10 June 2021. The designs are by Stephen Perera from photographs supplied by Getty Images and the stamps were lithographed by Bpost Security Printers. Rating:- ***. 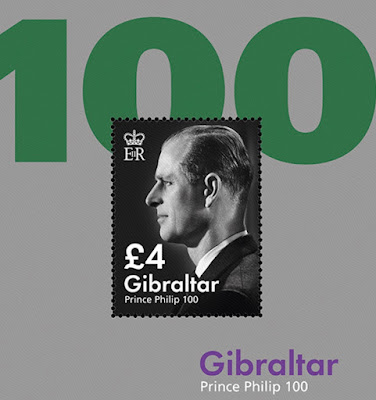 🇮🇲 Isle Of Man Post Office is to issue a set of 8 stamps to commemorate the Centenary of the Royal British Legion. The issue was designed by Glazier Design. I am not aware of the proposed date of issue but it will be in the near future. Rating:- ***. 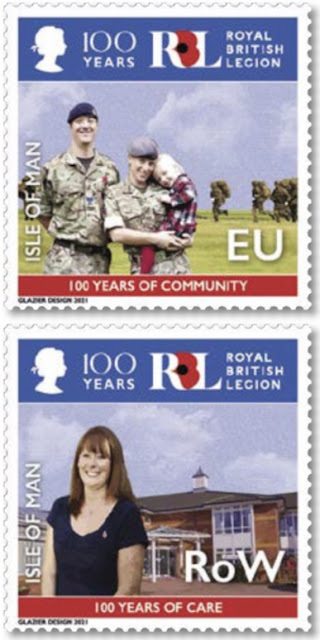 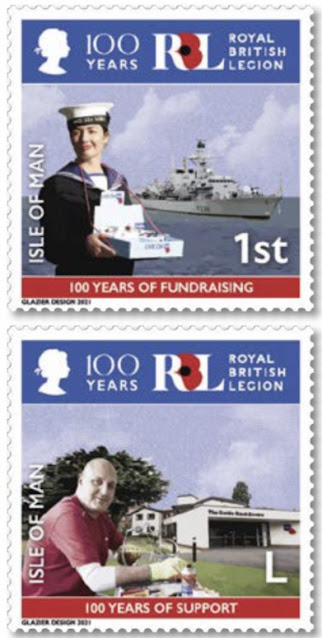 🇸🇨 Gene W has kindly contacted me about the set of 6 stamps issued by the Seychelles postal service to commemorate the 20th anniversary of the Seychelles Conservation Society (see Blog 1877). He had received information which confirms that the stamps were only provided by the Seychelles Post Office for use on the special commemorative covers mentioned previously - that is - they were not sold for any use other than on the cover and furthermore the stamps were provided without the overprint applied, the overprint only being carried out once the stamps had been fixed to the cover when is an interesting twist to the story. Clearly if the overprints are not available in an unused state (similar to the recent Royal Mail Queen’s 95th Birthday pane used only on a special coin cover) then they are not eligible for listing in any respectable catalogue and only collectable on the covers itself. But they are still interesting I think. 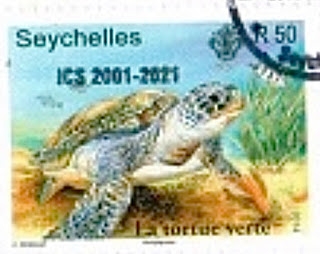